"It's a very close-knit street," says one of the homeowners in explaining why she sent an e-mail to about 10 neighbours with the news that she and her husband had bought a larger house in a different part of town.

The couple, who asked that their names not be used, weren't angling for buyers. But some of the neighbours immediately turned their thoughts to who might buy the two-bedroom house, according to the owner. "They said: 'We're sad that you're leaving but maybe we can get somebody in there that we like.'"

Two parties stepped up and asked if they could see the house before it hit the market. "Both of them wanted it," the homeowner says.

She and her husband struck a deal with one of the parties to sell the house for the asking price of $715,000. Lawyers were tying up the agreement this week.

She figures the couple could have sold the house for between $750,000 and $800,000 if they'd gone the traditional route of hiring a real estate agent, but they would have needed to paint the exterior and stage the interior and "take out everything we own so it looks as if we only stop there on the way from New York to Paris."

The diminutive street, which runs between Queen and King streets, is particularly popular with people out walking in the neighbourhood because the houses are about 130 years old, the homeowner says. It's sought-after among buyers because the houses are small but full of character. "It looks like a little British street," she says.

Still, she acknowledges that people – including her own relatives – who live in other cities and distant parts of Canada are flummoxed by the amount people are willing to pay to live in such a small, urban dwelling. But she knows houses in that price range in downtown Toronto are in high demand. "We knew it wasn't going to be a problem on that street."

Broker Robin Pope of Pope Real Estate Ltd. says he has remained busy throughout the summer – especially in Corktown, where his office is located.

Before the start of the Pan Am Games in early July, Corktown residents wondered what kind of chaos the event might bring because the athletes' village is located in the area.

"It did not impact my life one bit," says Mr. Pope of the event. In fact, he says, the international teams infused Corktown with positive energy. "Every once in a while you'd see a gaggle of athletes. I actually enjoyed having all of these people in the neighbourhood."

Meanwhile, he sold five properties in Corktown during the Games and leased another five. The properties he sold ranged from a small, ground-level townhouse on Sumach Street that received two offers and sold for $265,000, to a two-bedroom penthouse at Phase II of River City which sold for $1.395-million.

"The market has just been really busy across the whole spectrum," he says.

Mr. Pope adds that houses are difficult to come by in Corktown because there are only six or seven residential streets with older houses. Most of the new projects are condo towers.

In popular downtown neighbourhoods such as Corktown, homeowners are almost guaranteed to receive multiple bids for a house, he says. But, he has sometimes talked to sellers who are willing to forgo a bidding war so that they can have more say in who buys the house.

"I'm a businessman. I'm not sentimental," Mr. Pope says. "I don't care what you do to my house after I move out – you can burn it to the ground if you want. All I care about is getting as much money as I can for it."

Looking ahead to the fall, he expects to see a continuation of the sellers' market in Toronto. "There's still a huge demand and not a lot of supply." 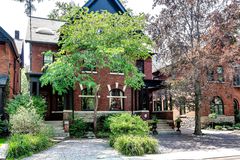 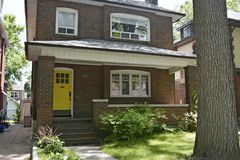 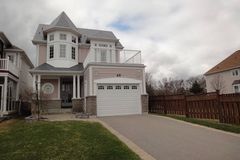