It might be standard in Kitsilano or Strathcona, but in Point Grey, the thought of living on a 26-foot lot is almost subversive.

But such homes do exist. The contemporary house at 3725 W. 15th Ave. sits on a lot that was subdivided for two smaller homes back in 2010. It didn't sell until a year later, for $2.4-million. It was just listed again for $2.875-million and sold in eight days. Listing agent Karin Smith, who also lives in the neighbourhood, couldn't say what it sold for because the deal hasn't yet closed. But the quick sale is a sign that Vancouver buyers are finally ready for the "skinny" house – a better alternative to the laneway house, which is often too small for families, she says.

Ms. Smith would prefer to see the city's character houses retained. But if the demolition of old housing is the new normal, then the least we could do is subdivide the lots and build two houses instead of one massive house, she says. "This is another approach to increasing density, to go with slightly smaller lots. And if you use an architect, which I think is kind of key, you can create a really wonderful home with a thoughtful plan for living smaller."

From what she's seen on the west side, laneway houses just aren't serving their intended purpose. They aren't marketable to the new offshore buyer, who generally wants a garage instead of a rental stream, she says. Most people who build a laneway on the west side have a very specific purpose, such as providing housing for a disabled or elderly relative.

"If someone has gone to the expense of spending $300,000 on a laneway house, I hope they don't feel it's adding value to their 80-year-old house," she says. "Because unless he can convert that to a garage, the new owner will take that house down. It won't be what the new owner wants."

She's even seen some new homes take longer to sell because they had a laneway house. The person who can afford a $4-million house probably doesn't need the rental income, she says.

Andy Yan, an adjunct professor of planning at the University of British Columbia, says we need to get more creative about housing options, particularly where existing single-family houses are concerned. He agrees that laneway houses are often too small for families. Subdivision is a reasonable alternative. It also happens to be gaining popularity in rapidly densifying Edmonton, where the development of skinny houses has grown since the city changed its building rules in 2013. In Vancouver, the city considered allowing more widespread subdivision a few years ago, but decided against it, concerned that it would result in more demolitions. Demolitions, however, have become a daily routine.

"Knock down a house and replace it with a bigger building for a single family … is hardly in line with our city's goals to become more sustainable," Mr. Yan says. "But knock it down and replace it with two family homes that are sensitive to the neighbourhood context, I'm okay with that one. And the family amenities are already there."

City planner Brian Jackson will address the issue of housing options in his final address at the Urban Development Institute this week, before he retires in November. He didn't want to scoop himself, so he didn't get specific, but he said what needs to be done is obvious.

"There's no real mystery. We have to do more to encourage townhouses, stacked townhouses and row houses – a different, freehold form of townhouse – especially in the upcoming area plans like Cambie [phase three] and Grandview-Woodland, but also along our major arterials," he says.

But big swaths of the city with single-family zoning remain ultra low density, despite efforts to add housing with laneway houses and secondary suites. Is the gentle densification too gentle?

On Tuesday, the public hearing on the creation of the city's first Heritage Conservation Area in Shaughnessy continues. It's expected that a decision will be made, and if it passes the majority of First Shaughnessy houses will be immune to demolition. In exchange, residents on the bigger lots will have the option of adding infill by way of coach houses and secondary suites – potentially beefing up density in the lowest density neighbourhood in the city, despite the fact it's one of the most central. The plan, if approved, would address the protection of heritage, as well as the need for density and, to an extent, more affordable housing. It would also become a major part of Mr. Jackson's legacy.

Architect and developer Michael Geller says a better approach is to create infill that can be sold off. In West Vancouver, his Hollyburn Mews project divided single-family lots into duplexes with coach houses to the rear. He built 1,200-sq.-ft. homes on two levels, plus 600-sq.-ft. basements. They sold for around $1.25-million. He's recently purchased another West Vancouver character home with the same intention, to preserve the old house while adding density.

He is also a proponent of density that retains the original character house and allows a proper sized coach or laneway house to the rear that could be sold off.

"Just allow someone to subdivide the back portion of their lot," he says. "You would do two things: [one,] save the house, and two, you create a somewhat more affordable and larger house for sale that could easily appeal to both a family with kids or a couple that wants to downsize."

"It's a form of subdivision, but it's a form where you don't necessarily have to front onto a public street, through what is called a bare-land strata," Mr. Geller says. "Allow them to build a coach house that is large enough for a family and children and so forth."

It doesn't sound affordable, but consider that a new house would cost between $3-million and $4-million. And consider that the average laneway house on the west side is renting for around $2,700, he says, which is hardly affordable. Instead, allow them to be sold off. And allow basements to be added, he says.

He wants to take the laneway a step further.

"Because I think home ownership is a dream that should be realized, I'm going to suggest that the laneway house should be allowed to be sold, and yes, let it be a bit bigger if it helps preserve a character house. And in some instances, even allow that basement suite to be sold."

But there is that intense push back from single-family home residents who are opposed to density. It's a common refrain from those living in Vancouver's single-family areas on the west side. Instead, those single-family areas are going the opposite way of densification, with houses torn down and replaced with much bigger ones. But if people want to protect the old character houses, they'd embrace the concept of infill and density.

"It does nothing to address the pressures that we have right now," says Penny Gurstein, director of UBC's School of Community and Regional Planning. "We need to be housing our population and we are not, and we have so few kinds of choices in doing that. Either you live in a high-rise development that maybe somebody owns and is renting out to you, or you live in a basement suite.

Vancouver condo building with one suite per floor an uncommon find
September 11, 2015 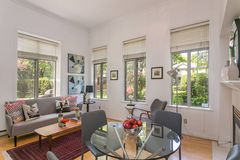 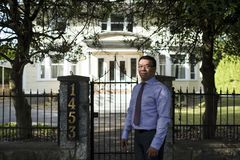