He didn't expect he'd get more than $1-million above asking, however. And neither did the scores of real estate agents who told him he'd get anywhere from $2.8-million to $3.1-million. Mr. Atkins and his friends, who are minority co-owners, listed the Fernhurst apartment block for $3.199-million.

It sold in eight days for $4.28-million, to an investor who plans to fix it up and sit on it as a long-term investment. It was a surprising sale, for both the owners and all real estate agents involved.

"I still don't believe it," says Mr. Atkins. "The amount of money that was paid. … I was truly shocked.

"We saw that story about the house that sold for $567,000 above asking on TV, the night after the offers were presented. And my wife and I just laughed and said, 'That is chump change.'"

The small three-storey walk-up at 1626 West 10th Ave. was built in 1926 and sits on a 50-foot lot, which is about the same size as the average west side residential lot. Mr. Atkins, who lives in the Commercial Drive area, had purchased the building in 2006 for $1.5-million, using money from an inheritance. He owned 75 per cent of the building and a friend owned the remainder. Later, he sold another 10 per cent to another friend.

"We are self-employed, and we wanted something for our retirement," says Mr. Atkins. "It felt like a sound investment at the time. We were very new to the idea of real estate, and it seemed like a lot. But it also seemed to us that we have this heritage place, it's the west side, you're near Granville, Burrard and Broadway. It seemed that this had to be a worthy investment. We never looked back."

They had 14 offers in total, and several of those offers came from people who planned on living in the building, says listing agent Dwayne Launt. One offer came from a couple who had plans to sell their west-side house and turn the two top floor suites into a single suite, and give the second floor to their kids. The bottom floor would be maintained as rental suites. Those buyers couldn't compete with the investor's offer, but their attempt illustrates that people are getting more resourceful in trying to figure out ways to buy a home in Vancouver. A small apartment block can provide housing as well as revenue, on a greater scale than the usual detached house with a basement suite or laneway house.

The buyer is an investor who owns several properties, but has no plans to live there.

All of the tenants are fans of the heritage architecture, with suites that are spacious and bright. The rooms have so many details that it feels as if you're standing inside a house, not an apartment. In the stairwell, there is a large leaded-glass window, and each of the eight suites has a fireplace, French doors, coved ceilings and inlaid oak floors. In the 1920s, apartments were built for families and long-term residents. The milkman would deliver milk bottles to a little cupboard door that opened to each suite. Those little doors are still there, but they are sealed shut. A couple of the tenants have moved away and returned a few years later, says Mr. Atkins, who knows each of them.

He wasn't a typical owner of commercial property, he says.

"Our first mistake was we fell in love with the building, and our second mistake was we befriended all the tenants," he says, laughing. "I've talked to other building owners, and it's the bottom line for them. Everybody wants more. They want a bigger slice. But our philosophy has been to keep good [tenants], and that's what we've done. I think the tenants here are worried about change, but the building has always had a positive cash flow, so I don't see things doubling suddenly. The new owners sound like they want something sturdy, solid, and just keep things running the way they are."

Mr. Atkins, who will stay on as the building's maintenance guy, says he and his wife also thought of living in the building.

"We thought about taking over the two front suites and joining them, and living here and having the rental income come in. But the numbers didn't quite work for us, so we sold."

He's "extremely relieved" the new owner has no plans to tear the building down. However, none of the offers came from buyers who wanted to demolish, says real estate agent Mr. Launt. That's because it's only a 50-foot lot, and without assembling other lots into a bigger parcel, there's little room for more density, and profit. As well, there are strict city restrictions that protect rental properties.

"You're not doubling or tripling anything," says Mr. Launt.

The fact that a small apartment block is not only easy to manage but can also become the owner's primary residence makes it an appealing product, says commercial real estate agent Mark Goodman, who specializes in apartment building sales. He did not view the property, but he agrees the sellers got a great deal.

"It's an insane price, but typically, with small buildings – especially under 10 units – the price per unit is higher than a standard rental building. This is because there is a deeper market – smaller buildings are more affordable – and if the owner or family member decides to live in the property, it's more of an emotional buy, rather than strictly dollars and cents.

"People attempt to do this because they compare it with buying a single-family home in the same area, and say it's $4- or $5-million, they could buy an apartment building for the same amount, put family members in there, and have revenue helpers."

After considering advice from commercial agents, Mr. Atkins took the unusual step of hiring a residential agent to sell the Fernhurst. Mr. Launt says residential agents have an advantage when it comes to small apartment blocks, which sell better when they're treated as homes, not dollars-per-unit bulk properties.

"You look at the numbers, yes, but you also consider the location, the street. … Does it fit your lifestyle? If the roof has a leak, it can be fixed. That's how you have to look at it."

Vancouver needs rental stock. Roughly half of Vancouver residents are renters and, according to a city report, those renters have about half the income of homeowners. Over the years, the city has made it difficult to demolish rental buildings, and it has offered incentives for developers to build more rental.

Detached houses are being demolished to the tune of three per day on average, and many of them contain invisible rental suites that are being lost to the development of multifamily units sold at market rate. Even if those units later enter the rental pool, the rents will be considerably higher.

Generally, condo units as rental units are not considered an affordable, long-term option for renters.

And outside of Vancouver proper, rental stock is under threat from development. In Greater Vancouver, 123 rental buildings were sold last year, which is a 31-per-cent increase over 2013, according to the Goodman Report. Of the 123 buildings, 31 of them were slated for demolition, representing the loss of 700 rental suites. Most of those buildings were older two- or three-storey wood-frame buildings in Burnaby's Metrotown area.

For now, though, the Fernhurst will remain a South Granville mainstay, with its eight rental units intact. The new owner will be doing repairs, so the rents are bound to increase. But they've asked Mr. Atkins to stay on as the property maintenance guy, and after some thought he's decided to do it. After all, he says, the renters are like old friends.

"The [new owners] paid a high price, but they are looking long-term. And I think they will do pretty well." 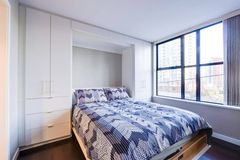 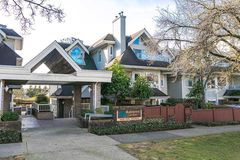