It's a lazy afternoon at 13th and Balaclava, a residential neighbourhood in the heart of Vancouver's West side.

On one stretch of road, a single car is parked next to an old arts and crafts-style house. The only traffic is a Siamese cat, ambling slowly toward the other side.

In spite of the relative calm, a woman in her 80s who's lived here for 40 years is challenging planners Ted Sebastian and Christina DeMarco about their award-winning plan for developing affordable housing in the city.

"Are you those 'thin streets' people?" she asks warily before giving the team who won the city's re: THINK HOUSING contest a piece of her mind. Her tirade is undoubtedly fuelled by a flood of largely critical and often fear-mongering letters to the editor in local papers about the plan.

While some of her concerns – such as a new monster home adjacent to her smaller-footprint 1930s bungalow that is "blocking her sunlight" – might actually be mitigated by the plan. She also complains that thinner streets would not leave room for parking.

After Ms. DeMarco tries to allay her fears and the senior heads back home, she sighs and says, "The parking concern is one we hear a lot." But gesturing to the lone parked car in the area, she says, "there's enough room for cars and people here." Indeed, what the thin streets plan is, in many ways, is another form of reclaiming streetscape from the automobile.

Ms. Demarco points out that streets in Toronto's Kensington Market are thin – and she celebrates cities such as London that have "transformed vehicle-dominant areas into pedestrian-friendly areas." Piccadilly Circus, she notes, is no longer a 'circus' (roundabout) but a pedestrian plaza, and Trafalgar Square has greatly benefited from the road between the National Gallery and the square being given over to pedestrian traffic.

The Vancouver plan was born two decades ago, when Ms. Demarco and Mr. Sebastian used to commute together by bicycle from their respective homes in Point Grey to their jobs as planners at city hall.

"We used to take 13 th Avenue because it was so fast," she explains, "and we were amazed at how deserted the north-south corridors were." The two immediately saw the potential for a plan that would narrow streets and allow for higher density and more affordable housing.

In essence their idea is to take the wide 66-foot expanse between existing north-south street right of ways that characterize most Vancouver neighbourhoods (some like Hastings/Sunrise actually boast 100 feet) and divide them into equal parts. This would produce two new 33-foot residential lots per block and a narrower 33-foot right of way.

According to their plan, the new lots would be developed for affordable housing while the 33-foot right of way with a 17-foot thin street would include a pedestrian sidewalk, a parking lane for cars and bikes, and a boulevard for street trees, Ms. Demarco and Mr. Sebastian contend that their proposal would quite literally pave the way for up to 20,000 new units of "ground-oriented housing" and would additionally establish an endowment fund of up to $4-billion from the lease of new lots that would support affordable housing and neighbourhood amenities such as parks.

Furthermore, they say their plan would allow for avoidance of rezonings and demolition of established housing. One proposed scheme would consolidate the new lot with the adjacent property, allowing for up to 24 units per block.

Concerns expressed in local coffee klatches and letters to the editor include issues around municipal services like sewers, water and gas, telephone and electrical services as well as parking.

But these are mitigated, say Ms. DeMarco and Mr. Sebastian, by their focus on north-south streets – relatively free of underground services – and used less often for resident parking than the east-west fronts of houses.

A sticky point, many have suggested, might be the fate of the corner lot owner denied extra sunlight by a new adjacent house.

In these cases, say the "thin streets" team, cash settlements could be offered by the city, who could also buy up corner lots as they become available.

The plan was rebuffed by city hall bureaucrats in the mid 90s – when it was initially presented as a way to create revenue at a time when budgets were being slashed – and again in 2004.

But if the current city council approves the plan this fall, a demonstration project could begin as soon as November.

Peter Ladner, who brought forth a motion to city council in 2004 ("eventually watered down until it became meaningless and unworkable," he says) to try a thin streets pilot project, notes, "At the highest level, the plan puts wasted street space to better use."

However, he contends that it's "fraught with complications and may not work everywhere and for everyone, but it's definitely worth looking into."

Getting neighbourhoods to sign off on the plan could be tricky, he says, and any "imposition" has to "involve a lot of consultation and some compensation."

The bottom line, says Mr. Ladner, is that " we have great, open, super-wide streets that are basically just wasting space," but he observes that "Maybe things have changed – we've come to some tipping point where there's more tolerance for converting road space into other more productive uses."

Developer Michael Geller, who submitted a report to the mayor's task force on affordable housing, agrees that compensation for corner lot owners remains a key issue, but also contends that,"If we go forward with the thin streets proposal, we should let those lots be developed into two or three units."

Otherwise, he says, by creating two single family homes on one lot – worth on average $2 to $3-million each – the city is just compounding rather than addressing the issue of affordable housing.

A much simpler and effective way to "dramatically affect affordable housing stock," he says, would be for council to allow laneway houses to be sold, rather than just rented, as he suggested in his report to the mayor.

That way there would be "no relocation of municipal services, no need for compensation or any other of the challenges presented by the thin streets proposal".

While opinions on the proposal differ, one thing is certain: neighbourhoods like the one at 13 th and Balaclava must evolve or die. As fewer young families and singles can afford to live in the city and elderly residents who prefer to stay in their homes need extra income, the thin streets plan offers a practical, higher-density alternative to inter-generational living.

"With more people living in the neighbourhood," says Mr. Sebastian, "local businesses will thrive and residents will be less automobile-dependent because they can walk to shops."

"And as more young families move back into the neighbourhood," says Ms. Demarco, "there will be less schools closing down."

Today at least, as the odd cat crossing is interrupted by the rarest of vehicles, and only occasional Philippina nannies with strollers, it's easy to imagine this sleepy neighbourhood as one that could be humming with new life – only a few short years – and thinner streets – from now.

The Vancouver Special: A template for chic living
September 21, 2012 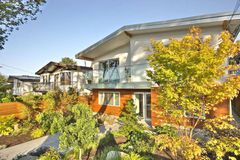 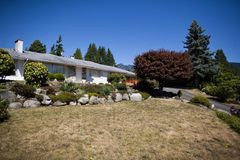 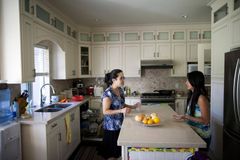