The party might be over for Vancouver's high-end luxury housing market, according to an immigration lawyer who's studying the impact of Canada's investor program – and more importantly, what will happen now that it's been cancelled.

The millionaire visa program got kiboshed in budget cuts last week after it was deemed a lousy deal for Canada. The closure means no entry for about 45,000 applicants who were awaiting permanent residency, most of them from mainland China. Although the investor program was put on hold two years ago, the government had still been processing visas that were on backlog to the tune of 1,200 a year out of Hong Kong, says immigration lawyer Richard Kurland. But now, absolutely everything has come to a grinding halt, which is, he says, a game changer.

Cancelling the program has been a huge topic for the real estate industry over the last week, since so much of Vancouver's high-end property market on the city's west side and in West Vancouver has been fuelled by wealthy Chinese investors.

Mr. Kurland sounds positively tickled pink by the cancellation and foresees a wave of listings for high-end properties seeking buyers before the market drops.

"I've been waiting for this to happen," Mr. Kurland says. "I expect to see 'for sale' signs on expensive properties sprouting like mushrooms, once people figure out what it means to cut off 1,000 buyers at the high end."

He believes it has to hit the top end of the market hard because of the sheer numbers of foreign millionaire buyers who got stopped at the door.

You'd be hard-pressed to find someone in the know who thinks the investor program was a good deal. The numbers say it all.

"I think that the program was horribly priced," says Tsur Somerville, professor at University of B.C.'s Sauder School of Business. "It's selling citizenship."

"These are people who are buying Maseratis for their kids. It's about the cost of one of those," says Mr. Somerville.

Why did the investor program continue for so long? It appears to be a case of short-term thinking. From the province's perspective, it's an estimated 1,000 people loaning the government $800,000 interest free, which is $800-million, says Mr. Somerville.

"If I'm the provincial government, that's great," he says. "But from the perspective of the economy and social dynamics, it's not without its costs. We're in a place where that is a concern, because [housing] increases demand for land, which is scarce in supply. And it's not giving us the benefits."

The cancellation has been largely misunderstood, says Mr. Kurland. Ending the program doesn't mean immigrants can no longer apply for residency. There is permanent residency available through the B.C. Nominee Program, for immigrants who are skilled workers, entrepreneurs, students, or business owners. And Quebec is still offering the millionaire investor program, which could remain a point of entry for cash flow.

"It's like you have a house with 45 windows and one got shut, and you claim you're suffocating," he says of the backlash.

This cancellation, he says, isn't about curtailing immigration, but putting an end to a bum deal for Canadians – and in Vancouver in particular, where the repercussions of an unaffordable market have been felt most. Consider that the average declared income in Metro Vancouver was only $41,176 according to Revenue Canada statistics from 2009. The average selling price of a detached house is more than $1-million. The market is clearly driven by outside forces that include foreign investment (investors from elsewhere in Canada have an effect too).

Mr. Kurland says another major game changer is the upcoming revision to the Canada-China tax treaty. Part of the update to that treaty may include easy access to information, such as property ownership records, in order to deter tax evasion.

"If the new tax treaty is going to be modelled after the others Canada has signed in the last few years, it will allow for specific information exchange between the two countries, like we do with the Americans.

"The ramifications are huge."

Mr. Kurland says another factor at play is that many of those houses in Vancouver's high-end market were purchased by non residents – wealthy buyers who were ill advised by overseas agents that if they bought a house, they'd fast track the visa process. It doesn't work that way, though, says Mr. Kurland. When those homeowners sell, they'll be facing non-resident withholding tax. Mr. Kurland says he has already asked the Canada Revenue Agency about the potential fallout of that scenario.

"Even when a report on a sold house is filed, it will take some time to open it and examine it and figure it out. Another half year goes by. But the owners are not in the country any more, so who's left holding the bag?" asks Mr. Kurland.

"I'm interested in the tax dollars that will go missing here. Who loses? The treasury. That's who is going to take the hit."

Mr. Kurland also questions the many holding companies that owned so many of the properties in Vancouver. Was anyone keeping track of ownership of those companies, and the taxes that could have been claimed if they changed ownership outside of Canada?

"Yes, it's a free market," Mr. Kurland says. "However, a free market includes taxation rules and regulations. That's built in. And those rules are there for a purpose – and not just to collect money. If you remove any impact of these tax regulations for overseas purchasers, you are making it more expensive for locals who abide by the tax laws and you're making it less expensive for overseas buyers who are able to evade or avoid our tax laws.

"In other words, the locals are at a disadvantage. It's as if we are offering subsidized property transactions to overseas buyers and sellers."

David Ley, University of B.C. geography professor and author of Millionaire Migrants, agrees that our lack of data on property ownership is to our detriment.

"There's such a failure in due diligence in our record keeping, we really have set ourselves up to be taken advantage of," Mr. Ley says. "This will be an interesting next few months."

Most predict a softening in the luxury market. Others believe there may be little fallout. Developer Will Lin doesn't think losing the investor program will affect property values in the immediate future because so there are still so many potential new buyers here.

"Maybe in the upper end niche market where millionaires go for house hunting, but even there, we aren't gong to see the immediate effect of that, because typically, there's a long process they go through," he says. "They land here, settle the kids into school and whatnot, then they usually stay with relatives for six months or buy an investor home that doesn't require a mortgage. And then in a year or two they eventually buy the big dream home. We won't see that change."

Thomas Fung, who owns Aberdeen Centre, said he foresees other avenues of cash flow coming into the city.

"It may slow down the inflow of capital or investment in the property market, but at the same time, I'm sure that those people have their ways to channel the funds from China. They have their way to do it."

Mr. Ley says there was a correction in the mid-90s when an exodus of Hong Kong residents left Vancouver and prices in Shaughnessy fell 26 per cent. As to whether the softening of the top end market will have a trickle down effect is a matter of debate. Some say overall population growth in the mid-range market is too big to be affected.

"But what you can never tell is the psychological affect of this," Mr. Ley says. "How deep will the fear be? That is the question. People who've been going with the flow may now get more fearful and withdraw investment. I think that is a possibility.

"And I am talking about foreign investment, because that's what drives the top-end market. Anyone who says otherwise is either misleading or mislead."

For his part, Mr. Kurland has been keeping his eye on the Multiple Listing Service since the program ended. While on the phone, he was busy counting the high-end houses on MLS that have come up on the Vancouver market.

"That's seven homes listed since the budget," he says. 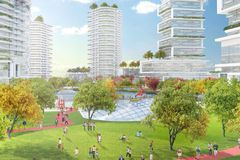 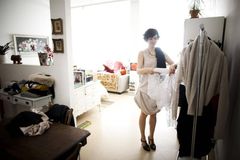