A co-working "revolution" is sweeping through business districts around the world. The latest sign of the trend: downtown Vancouver.

This year alone, IWG PLC – which leases office space and then subleases it at a premium – has secured an additional 108,000 square feet in the city's downtown area. With a total of 322,000 square feet of office space, the Swiss-headquartered company has overtaken Amazon.com Inc. as the single biggest occupant of stand-alone square footage in the city, according to data from the Cresa real estate firm.

IWG, which has operated under the Regus name for years, has been expanding with its new open-concept Spaces brand as it tries to cater to tech firms and meet a surge in demand.

"There is revolution happening and that is co-working," said Colin Scarlett, a leasing veteran with Colliers in Vancouver who noticed a big shift to co-working occurring over the past few years.

The big shift has been underpinned by a surge in startups and tech firms, many of which don't want to use their capital to build an office and don't know how much space they will need in the future.

A typical tech company may need to accommodate 50 people in a month, according to Mr. Scarlett.

"That can't be done in a conventional way," he said.

At the same time, the average square footage for every office worker has been shrinking as established companies embrace open-concept spaces and shared desks. In Vancouver, co-working space has more than quadrupled over the past year, according to Cresa.

"We have a lot of startups, a lot of tech companies. It is aimed straight at them," said Ross Moore, senior adviser with Cresa.

Of course, it is much easier to become the largest corporate tenant in Vancouver. The West Coast city is home to mostly branch offices unlike downtown Toronto, where most of Canada's biggest companies are headquartered.

Rock-bottom office vacancy rates in Toronto and Vancouver have sent IWG and its biggest rival U.S.-based WeWork racing to secure office space in the two cities. Co-working has been growing in other urban centres such as New York, London and Munich.

In Vancouver, WeWork is in talks to secure two floors of an office tower called Grant Thornton Place, according to people familiar with the matter. With the additional space, WeWork will near IWG's footprint in the downtown core with around 262,000 square feet, according to data from Cresa. WeWork declined to comment.

In Toronto, IWG recently rolled out its Spaces brand and WeWork opened its second location.

WeWork went head to head with Amazon for space in Toronto's financial district but was not successful in securing the lease, sources have said. The company plans to increase the number of offices in the city from two to at least 20 by 2020, according to its Toronto spokeswoman.

WeWork's most high-profile Canadian deal involves leasing the top floors of Hudson's Bay Co.'s flagship department stores in Vancouver and Toronto. (WeWork and HBC would not say when the new office space would be ready.)

With financial help from private-equity firm Rhône Capital, WeWork is buying HBC's Lord and Taylor building in Manhattan and converting part of the building into its head office.

Investors and property owners have taken notice of the co-working phenomenon. Investors have funnelled $20-billion into WeWork. 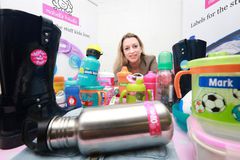 Follow Rachelle Younglai on Twitter @rachyounglai
Report an error Editorial code of conduct
Due to technical reasons, we have temporarily removed commenting from our articles. We hope to have this fixed soon. Thank you for your patience. If you are looking to give feedback on our new site, please send it along to feedback@globeandmail.com. If you want to write a letter to the editor, please forward to letters@globeandmail.com.
Comments are closed