Skip to main content
Vancouver
Special to The Globe and Mail
Published May 13, 2016

Near the bustling intersection of 12th Avenue and Clark Drive, a record was set this month for the highest price paid for an East Side duplex.

The duplex is five houses west of the city’s busiest corridor, a loud four-lane thoroughfare for semi-trailer truck traffic.

The house that once stood there had been rental housing for people of millennial age. Now, it will be home to two families who left the West Side in search of community, according to the agent.

“It was built to West Side quality,” he says. “We went with everything in it; air conditioning, heated floors. Each home has four outdoor video cameras for security.”

Because the West Side is now unaffordable for those with the average local income, most of the city’s young families have headed east. The new owners were drawn to that.

“People are moving over because of the community, with kids playing in the front yards, and shops and restaurants, and great transit. It has a decent school system, parks, bike lanes. That’s what’s driving people over.” 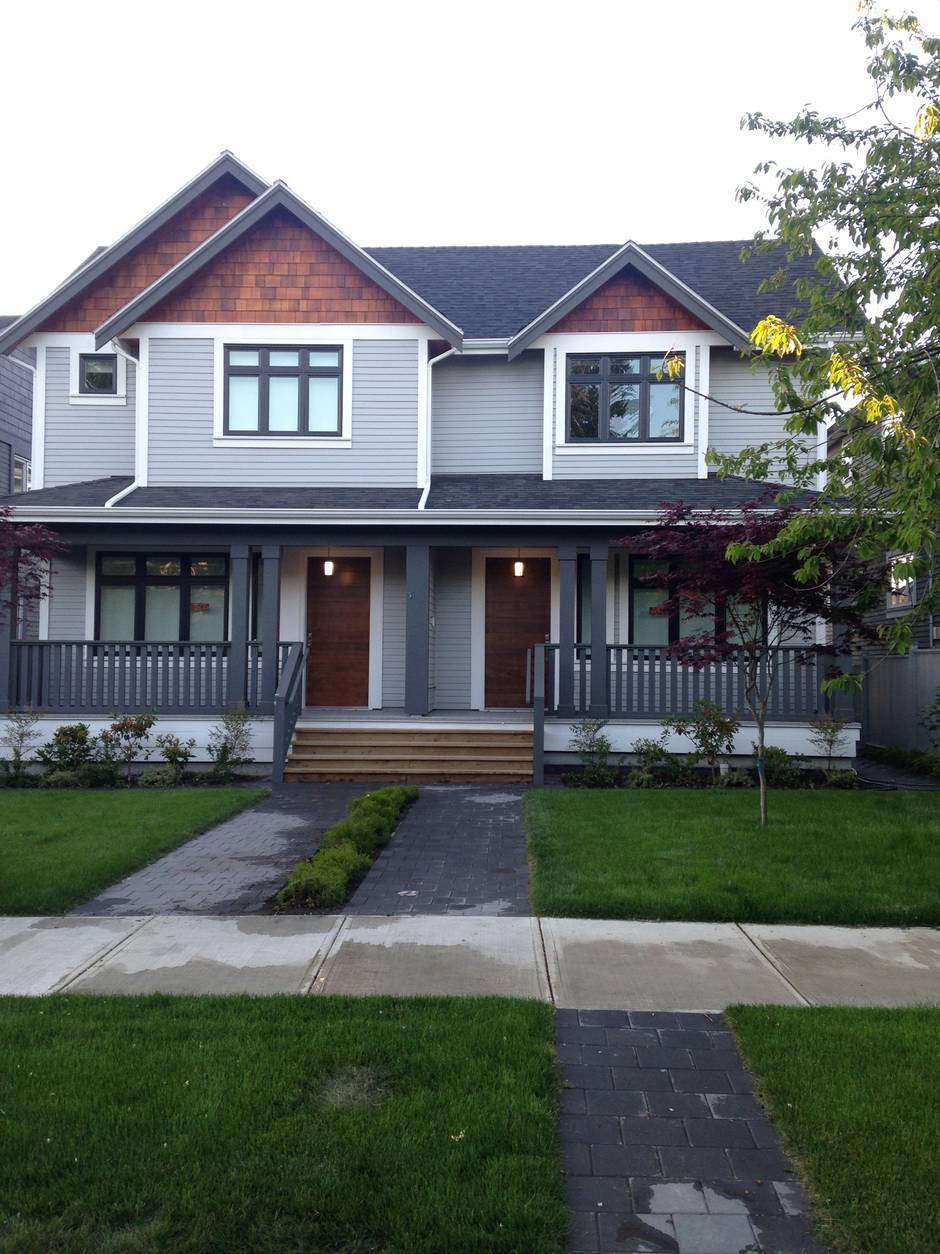 It’s a clear-cut example of the ripple effect. Houses at the high end of the market are unattainable, so buyers go east.

The affordable rental house that once housed a low-income group of young people is now gone, and those young people will have gone elsewhere. Many fear the process will continue to ripple outward until only the wealthiest live within the most central areas of the city.

Several industry representatives have claimed there is no ripple effect, that only the high-end of the market is affected by foreign buying.

While most urban experts talk of supply as the solution to the crisis, Josh Gordon, assistant professor of public policy, says instead we need to look at demand. His paper makes the pointed assertion that unregulated foreign buying is the culprit, and government is complicit.

Mr. Gordon, 33, is so frustrated with the situation that he put aside his usual focus on labour markets to pen a paper about the crisis in housing affordability.

The intention, he explained in an interview, was to refute the common excuses being thrown up. “Everyone knows they’re just distractions,” he says. “So that was the point of the piece. Let’s subject this to an empirical test and work this through.”

He dismisses low interest rates as one excuse used to explain the current buying frenzy. If that were the case, then prices across the country would be astronomical. However, he points out that a BMO Nesbitt Burns report from January shows Vancouver has by far the highest house price to household income ratio out of 11 major Canadian cities. (13.2 compared to the national average of 5.5).

That’s because local bids for houses can’t compete with offers from wealthy offshore buyers, he says.

“Nor does this just affect the high-end neighbourhoods, where foreign money is most prevalent. Now, the better off families or individuals that may have bought in a more upscale market bring their extra purchasing power to a lower-end area and bid up the prices. And so on, cascading outwards.”

If anything, the low borrowing rate has caused Vancouverites to overreach to a worrying degree. 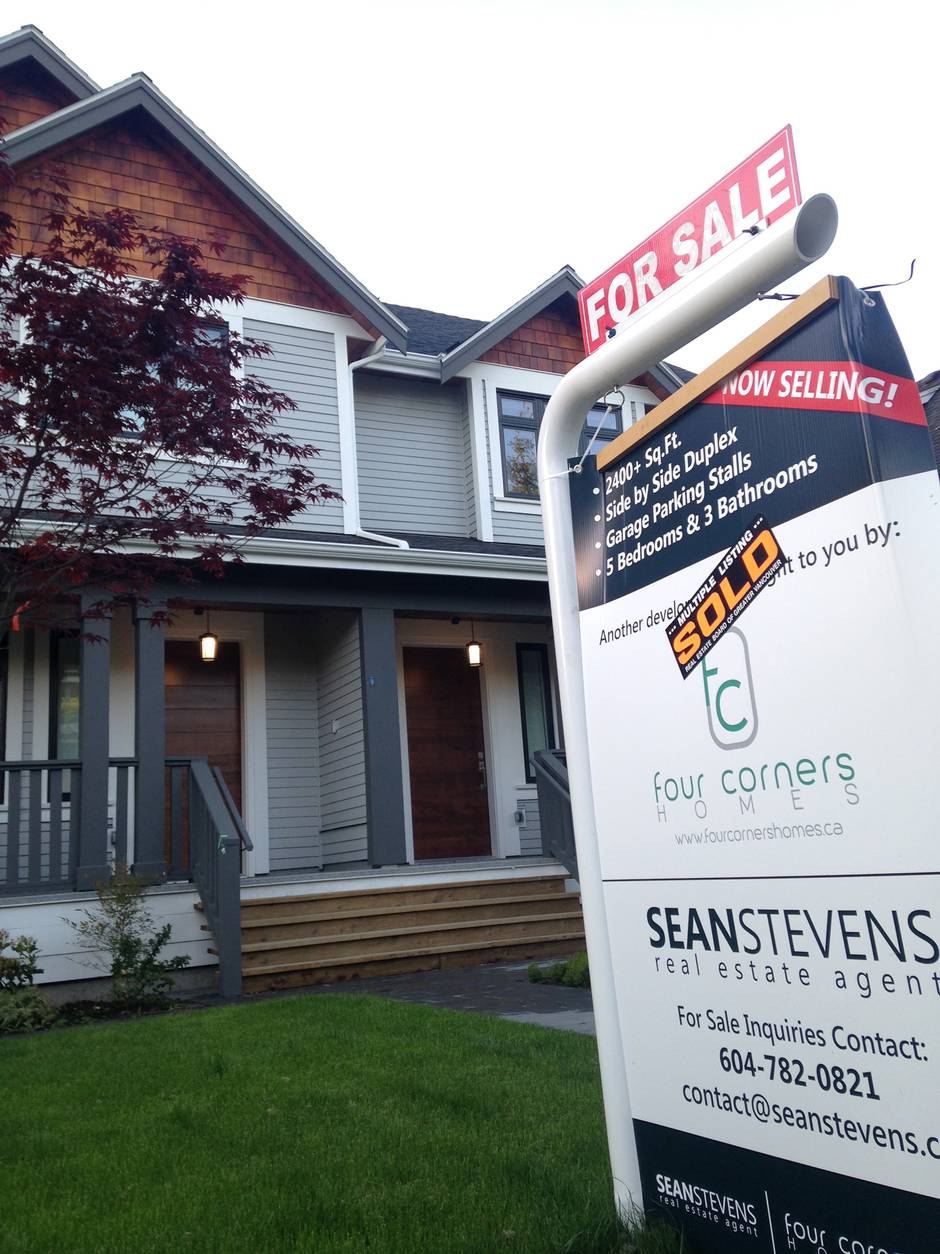 Each side of the duplex sold for more than $2 million. (Kerry Gold)

He also addresses the shop-worn excuse that Vancouver house prices are high because “everybody wants to live here.” City reports suggest the Vancouver region should expect an unprecedented flood of growth over the next 20 years. But according to research by University of British Columbia professor David Ley, the number of people coming into B.C. from other provinces has remained close to net zero since 1990. That would mean the vast majority of growth is from international immigration. But seldom does anyone explain, exactly, what type of growth we’re looking at. Are people obtaining citizenships, buying property and earning their incomes elsewhere? Or are they moving to Vancouver to live and work?

“B.C. Premier Christy Clark has taken to bragging about the province’s growth record in the last year or so, but that’s a bit like the leaders of Ireland and Spain bragging about their growth in 2007: It’s mostly based on a foundation of unsustainable debt,” he says. “It’s the housing bubble that is driving short-term growth, not the reverse.

“It’s ironic that we are in the fun part of the debt cycle, and yet people aren’t enjoying themselves. So what is it going to look like when this thing pops?”

Mr. Gordon isn’t the only one predicting a bad ending for Vancouver’s housing market. In town this week to speak at the Real Estate Development Talks, McGill University’s affordable housing expert professor Avi Friedman, told the young industry crowd that there would be “dire consequences” if the government doesn’t intervene soon. He encouraged them to demand action.

Mr. Friedman believes in home equity as a basic human right and a means of future security. In an interview before his presentation, he said if he hadn’t purchased a home when he was a young professor, he’d be in serious trouble at this stage of his life. He worries for his own kids.

“I believe the train is out of control,” he said. “The damage that this train can eventually do to people who will need to spend huge sums of money at their later stage of life is very, very serious.”

He says government is not doing enough to address the problem.

“At the federal level, I do not see affordable housing becoming a priority in the next year or two. There is talk, there is a pledge, but if you see the recent federal budget, it has not become a priority, in my opinion.

“We don’t have the galvanizing voice that knows how to put this subject front and centre.”