Before the village of Anmore became known for its soaring property prices, it was better known as long-time home to the Canadian icon nicknamed “Ma” Murray.

Margaret Murray came to Vancouver from the United States and met her husband George while working at the Vancouver Chinook. Together, they started a national country magazine in Anmore, followed by several community newspapers. A pioneering feminist, Ma Murray stirred up controversy with her humorous opinion pieces on the politics of the day. She became a celebrity in her own right, appearing four times on Front Page Challenge, hosting a CBC program, and receiving the Order of Canada.

The Murrays’ connection to Anmore goes back to 1916, when the couple paid $10 for their Anmore property, north of Port Moody. They built a homestead and moved there in 1917. During the Depression, they used the property as a full-time farm, helping supply food to locals. They relocated to Lillooet in 1934, so George could run as member of legislative assembly. They started a newspaper and Ma Murray became a famous columnist. She died in 1982.

Despite the fact that Anmore has seen major property price escalations the last several years – due to the standard one-acre lot sizes – the tiny Murray house survived. That’s because a family donated the property to the village of Anmore in 1988, after it had incorporated as a village. Council used the 800 sq. ft. cedar-sided house as council chambers until 2012.

The residents of Anmore had incorporated in order to thwart a regional plan to boost density in the village by 15,000 homes. They wanted to maintain their hobby farms and homesteads. Today, it is highly desirable for its large, multi-million-dollar single-family housing, only 30 to 40 minutes to downtown Vancouver.

Four years ago, the old council chambers building had become rodent-infested and unfit for use. Everything was emptied out and the council had to use the local school for meetings. When the school closed for summer, they were using a gazebo, says Coun. Paul Weverink.

After four years without a building, they’re now using a trailer. Anmore desperately needs a village hall, but funds for the community are tight. It has 2,300 residents and only one store. It might be flush with real estate equity, but they’ve only got 820 residential taxpayers and no industrial or commercial properties, says Coun. Weverink.

“It’s a unique little community,” he says. “We’re seen as a ‘have’ community, a very wealthy community. But it doesn’t mean Anmore itself is wealthy. We’ve asked all levels of government for funding … and we will try to get some grants, but it’s tough.”

If the village can’t afford to build itself a village hall, how could it restore a 100-year-old house? On Tuesday night, a group of locals will present a business proposal to council to do just that.

There’s long been talk about demolishing the Murray homestead, but the new council is open to saving it, particularly Coun. Weverink. 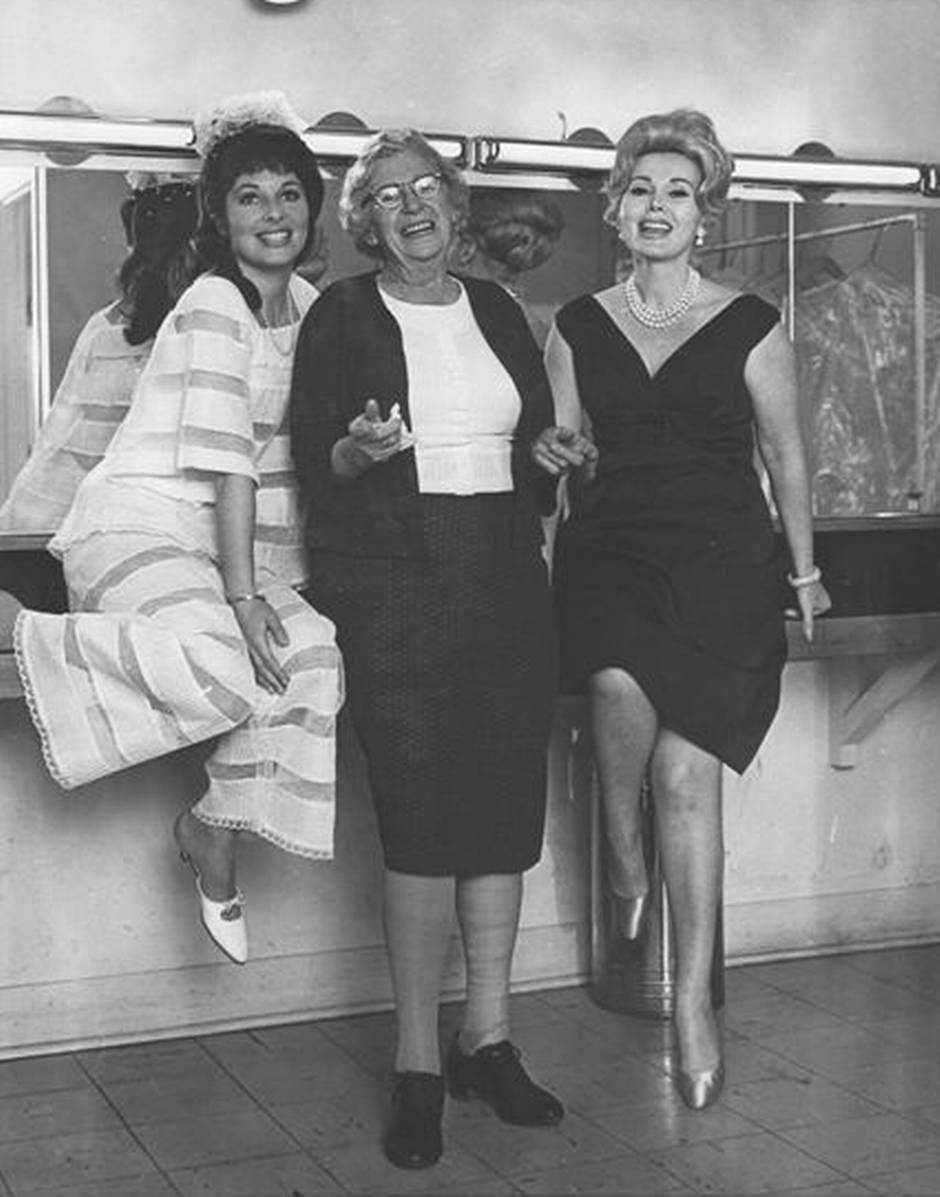 “The village was literally born in that 800 square foot building,” he says. “This is the birthplace of our village. That little building has so much history, which is why I have been an advocate on council. It’s all about fiscal responsibility, and if you are a heritage advocate, there is always a percentage of the community that doesn’t care, that doesn’t see the value. We get crucified if we waste any money. If we could put in an extra $100,000 to save it, there would be critics, and our mayor and other councillors are cognizant of that.

“If we do save it, I will be criticized and I just have to deal with that.”

The Murray homestead consists of the house with some additions that were built over the years that aren’t worth saving. It’s all about the original house, according to architect Tim Ankenman, who is on the board of directors for Heritage BC, and has restored other heritage projects. Mr. Ankenman reviewed the building and said the original house was worthy of saving.

“It would be super cool,” he says. “And it’s got lots of character defining elements and all the cultural history that one could ask for.”

Council sent out requests for proposals, and a group of highly resourceful citizens got together and within a few days, rushed to form the Anmore Heritage Society. The group was asked to survey residents, at its own expense, on what they’d like to see done with the Murray homestead. Fortunately, says interim chair Dr. Lynn Burton, it was around the time of Ma Murray Day, on Sept. 11. Of the respondents, 96 per cent were for saving the building, says Dr. Burton, a retired Simon Fraser University dean and editor of the Anmore Alternative News. She thinks that response startled the mayor and council members. 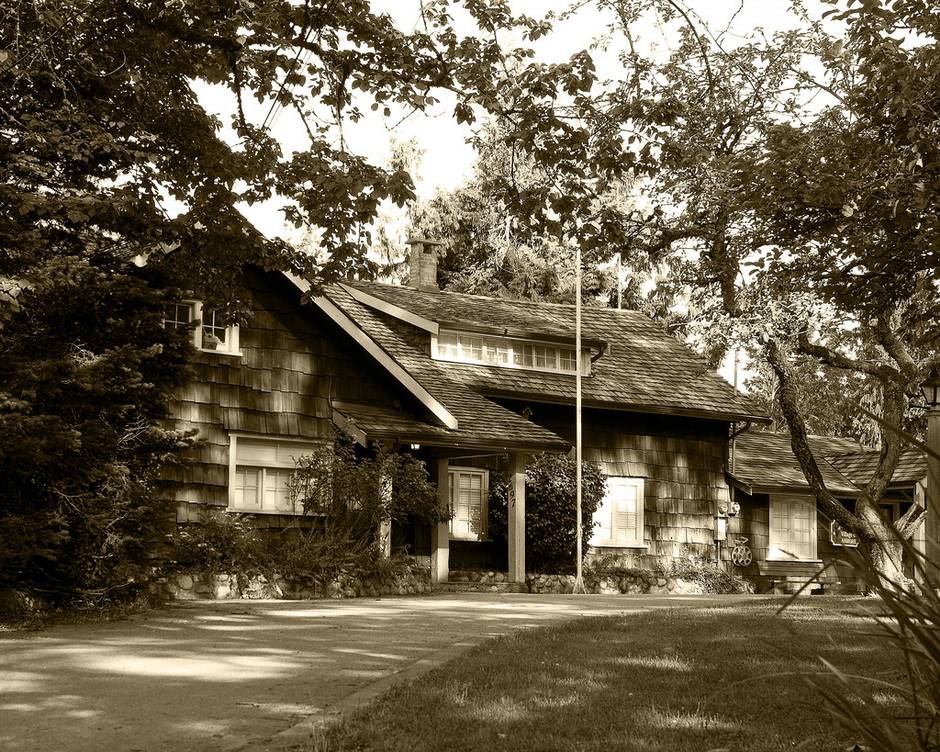 “I don’t think they expected the groundswell of support from the community that they got. I think they thought they were doing what was politically astute, which was to get requests from people who are interested in saving the building,” says Dr. Burton.

So far, the group has self-funded their efforts to save the old house. At her own expense, Dr. Burton flew to Ottawa to meet with Heritage Canada to try to secure up to $500,000 as part of the Legacy Fund grant to save the building. Heritage BC has applied on their behalf, and the group is hopeful the funding will come through.

Considering the village needs a council chambers, it would be a “win win for everybody” to incorporate the Murray homestead, says Mr. Ankenman.

“There’s a difference there. What I’m hoping is that the heritage group can incorporate [the house] into the hall and fundraise for the difference. We could use 800 sq. ft. of open community space for meetings, garden club, yoga, that type of thing.”

Fred Soofi is also a member of the Anmore Heritage Society Mr. Soofi was selected on of the RBC Top 25 Canadian Immigrants this year, alongside the author of Room, Emma Donoghue, and Defence Minister Harjit Sajjan. But he’s won other awards for his decades of community service in Canada. He is a restaurateur and businessman, currently developing affordable housing for seniors.

Rendering of a proposed renovation to the Murray Homestead. (Gaetan Royer)

He also saves heritage buildings, a passion that started when he moved from Iran to Saskatchewan in the 1970s. He’s restored five Port Moody character houses, including the 1910 Appleyard Residence, which he moved, restored, and sold to another restaurateur. It was recently moved again to make way for the Evergreen Line. Mr. Soofi, who lives in Anmore, says he acquired an appreciation of history while growing up in Iran.

“I come from a country where there is lots of heritage,” he says. “I have been here for 45 years, but I remember those days, I would see these [old] buildings and really enjoyed it, even as a child.”

Restoring the Murray homestead and incorporating it into a new village hall was one of the models put forth by the group. It’s an obvious choice, since a village hall is already needed.

The house could become an entrance hall, for example. The other is to incorporate it into a new gathering place, with coffee shop and volunteer-run museum. There’s been talk of moving the building, but moving any building means significant cost. Most agree it would be best to keep it at the original site. Also, the foundation has the Murrays handprints in it.

Not everybody sees the beauty in the old building, or will understand their enthusiasm to save it, says Mr. Soofi.

“What they do is look at the surface. They say, ‘but this is falling apart.’ They don’t appreciate the value of the history, of education for the next generation. They just look at the surface, and it costs, sure, but then you are educating. Education is not free. This is part of our education.”