In another innovative move, the projects will be built using cross-laminated timber (CLT) panels instead of concrete. The manufacture of concrete and steel has been pointed to as one of the biggest contributors of global carbon dioxide emissions.

Last year, Mr. Ross also started a not-for-profit society to create affordable rental housing, named after his grandfather Ralph Schwartzman, who came to Canada from Ukraine and founded Cape Group, a construction, development and property management company, in 1956. At the age of 89, Mr. Schwartman still works every day as the chief executive officer, and Mr. Ross’s mother, Reisa Schwartzman, is the president. Mr. Ross says the not-for-profit would partner with other housing groups in Western Canada to develop achievable rental housing.

“One of the things that makes me work as hard as I work, is that I want to break down the barriers that you have to be 50 or 60 years old with 30 years of experience to be a successful developer in this city or anywhere,” Mr. Ross says. “Age is not the determining factor.

“I am young, leading the company alongside my mother Reisa and with experience and knowledge from Ralph as that guiding light. It’s a pretty cool story.”

Mr. Ross spent summers learning the family business as an on-site labourer, while obtaining his engineering degree. In 2010, he asked his grandfather if he could come to work for him. His grandfather asked him what took him so long.

As a millennial with a two-year old son and a wife who runs her own business, he’s got a front-row-seat on the affordability crisis that is taking its toll on his generation.

“We really hear the outcry to the development industry,” he says. “We know. Everybody could be doing better, so we are trying to do our little part to try to make things more affordable.”

Cape Group has focused on rental buildings since the beginning, with projects such as Oakridge Gardens, Aztec Apartments and Terraces on 7th, for seniors. They’ve built high-end condos and commercial projects too, such as Richmond Auto Mall and Richmond Riverport, and projects in Alberta.

Cape submitted development permit applications for the Raphael and Sophia rental projects in May. Mr. Ross expects to receive waivers on development cost levy charges, which is standard policy for the building of rental.

“We are trying to do our best to bring these in at rates that are less than the current market, so people can have a wider range of options for rental,” he says.

“Building more condos, there is some need for it, obviously,” he adds, “But just building 1,000 condos doesn’t help the problem.

“We want to be more proactive with the solution. The City of Vancouver came out last year with their annual report that said they only had 52 per cent of the rental units that they wanted to create, so it validates our thinking. But they hit 150 per cent of their annual target for condos.”

Mr. Ross refers to the City of Vancouver’s annual progress report, which showed that it had approved 1,031 purpose built rental units out of an annual target of 2,000 in 2018. Out of a target of 3,000 condos for that same year, it had approved 4,511.

“The fact that the Canadian government came out with the National Housing Strategy has helped. Regardless of COVID and the market, there has been a lot of conversion from condo to rental.”

Condominium development profits are much higher than the slower rate of return on rental buildings, which has exacerbated the gap. However, the softened condo market in the past couple of years, combined with city and federal incentive programs, has made rental development more desirable. Developers have converted hundreds of development plans for condos to rental units, as a result.

Mr. Ross was ahead of the curve; however, his goal to get rents to affordable levels is an ambitious one, considering the cost of land and construction. Last year, the company paid $18.2-million for the Raphael property.

“If you relate it to a pair of shoes, you’ve got old shoes, new shoes, high-end shoes, discount shoes, and they all have different price points. But it seems like specifically in Vancouver, depending on the product you’re getting, the range of price is pretty narrow. It’s all about the same. … Our focus with these two projects is new product at a more affordable rate.

“That’s ingrained in our culture, to be part of the solution. That’s why rental has always been our focus, because it’s a community need.”

The Great Northern Way stretch where the buildings are located, formerly industrial, is undergoing drastic transformation with the arrival of the Emily Carr University of Art + Design campus, the Centre for Digital Media and an arts and cultural district for the False Creek Flats, as well as an upcoming rapid transit station in the next few years. Cape Group is so committed to the area that it relocated from 35 years in Richmond and built its new office at E. 2nd and Quebec.

The five-storey mixed-use 95-unit Raphael rental building for those in the creative industries is planned for 338 E. 2nd Ave., just west of the upcoming SkyTrain station. Each unit will include enough space to create art projects. Hallways will be wide, and elevators and unit oversized, to allow for the movement of large pieces. There will be a ground-level artist gallery and multi-use workshop. It will also have 10,000 square feet of commercial space, a large mural on the laneway, and space for parking 149 bicycles. The definition of artist would include graphic artists and designers. Mr. Ross believes it might be the city’s first purpose built rental building for artist live/work spaces.

And the 10-storey mixed-use rental building at 304 E. 1st Ave., the Sophia, will include a 56-space daycare, 15 parking stalls, two loading bays and a bike-only parkade. Because it’s a transit-oriented building, they’re considering giving a transit pass subsidy to some residents.

Mr. Ross hopes to begin building both projects before the year ends. And because they will be built using prefabricated CLT panels that will be shipped to the site and installed, the building process will be much quicker and less disruptive. He estimates a 12 to 15 month schedule.

“Wood is the future,” says Mr. Ross. “It not only reduces impact on the surrounding neighbourhood, but it helps get the units on the market sooner.

“Everyone is risk averse in development, but as they see more [wood] projects coming to completion, and successfully, there will be more appetite for it.”

The site of the Raphael has special meaning for the developer, because it’s the former site of a long-established Vancouver fixture auto parts business owned by a family friend also named Ralph – the project refers to his name.

“It’s an interesting project for us, because we are Jewish and this site was owned by another Jewish family that we’ve known for a long time, and the patriarch was owner of Ralph’s Auto Parts,” Mr. Ross says. “So when this opportunity came up, when the site was put up for sale, we wanted to take a crack at it, because one, we liked the area from a business perspective – but two, we could do something unique and exciting. We could bring our core values and make sure that this site was able to maintain the history and character of the area.

“We want to build for community needs and history rather than just deciding we want to do this cool project that might add some stats or pat our ego. That’s not what gets us going.” 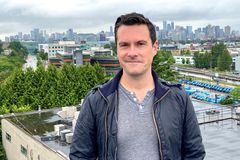 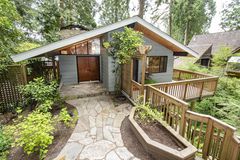