Recently retired BC Assessment assessor Derek Holloway says that for too long, large commercial properties, often slated for residential density, were being undervalued and money was left on the table. That’s money that could have been going toward funding social housing and affordable housing models, such as co-op housing.

But Mr. Holloway says municipalities have done enough on the housing front and it’s past provincial governments that must be held accountable. He blames policies that saw government stepping away from housing programs, selling off public lands to private developers and failing to ensure trophy properties were valued and taxed according to the market. Mr. Holloway says that anyone concerned with the creation of affordable housing should consider this overlooked source of lost funding.

“I don’t know of any housing advocates who have taken issue with low assessments, since the process is so insulated,” says Mr. Holloway, who was a senior appraiser at BC Assessment (BCA) for 28 years. Prior to that, he was an appraiser for seven years at Canada Mortgage and Housing Corporation, where he helped deliver co-op and non-profit housing throughout the Lower Mainland.

“My hope is that the provincial and federal governments move forward with a new housing plan and, in addition, perhaps properly fund BCA and amend the legislation so they can be more effective.

“Cities have given enough – the province needs to step up. Housing is their charter mandate.”

Mr. Holloway specialized in valuating high-profile properties in the category of industrial, commercial and investment properties (ICI), and was one of two specialists that dealt with the Appeal Board. The vast majority of appeals are properties that fall into the ICI category, he says. Mr. Holloway says he dealt with tax agents hired by large pension plans and developers, who sought to appeal and lower an assessment “whether it had merit or not.”

He credits BCA staff for doing the best with the funding they have. But nearing the end of his job, he became increasingly frustrated with the process that allowed big-parcel property owners and their representatives to routinely appeal for lower assessments, thereby jamming up the system and forcing the underfunded agency to accept lower assessments. He blames lack of funding and ineffective, toothless legislation for the gap. The agency, he says, is doing a proper job of assessing residential properties, which is a fairly straightforward process. An independent data analyst with knowledge of BCA’s procedures said, off the record, that with current AI technology, Vancouver homes could be assessed with a fraction of the number of staff that currently work at BCA – which would be one way to streamline and redirect funding toward properly completing the more difficult assessments. Those were the kinds of properties that Mr. Holloway worked on and they usually don’t have comparables because they are unique. They take a certain amount of skill and the legal ability to acquire documentation – and that documentation is not currently within the BCA’s grasp, Mr. Holloway says.

The former provincially owned Little Mountain property, for example, may have been under-assessed due to a lack of transparency, he says. The province sold it to a developer in 2007 as part of a secret deal, receiving payments in future installments.

“BCA is guilty of what is commonly called in the business as ‘sale chasing,’” Mr. Holloway says. “They weren’t at appropriate values for too many years and then they play massive catch-up.”

He’s especially critical of the BC Liberals' handling of Little Mountain, which was one of Canada’s largest low-income housing projects.

“BC Housing could have just held onto the site and then subdivided off individual lots over 10 years, reaping the windfall for B.C. taxpayers that is reflected in the higher assessments.

“I never understand why past B.C. governments don’t hire someone to do all the preliminary subdivision, servicing and zoning work and get the massive uplift in value, instead of selling to an offshore buyer at a discount.

“Past provincial governments have not only screwed taxing jurisdictions by perennially under-assessing trophy properties – they’ve handed over massive amounts of prime real estate to developers, all whilst ignoring B.C.’s needs for affordable housing.”

When Mr. Holloway was retiring from BCA two years ago, the Oakridge property came under review. In 2016, after an appeal on the 2015 value, BCA assessed it at $550.3-million. In 2014, the city had agreed to 3,000 condo units at the site, which is near the Canada Line, making it a valuable property. Talk of redevelopment had been going on for a decade.

But the value of Oakridge Centre, at 650 W. 41st Ave., only made a drastic jump between 2016 and 2019 assessments, doubling its assessed value. Media reported an undisclosed sale of $961-million. There is no way to confirm the sale because there is no record of it, which is often the case with large trophy properties. That’s another problem, says Mr. Holloway – legislation is so ineffective that sophisticated tax agents can easily dodge requests to submit bank appraisals or sales agreements. He says he would ask, but he often never saw the documentation.

“It could be that if over the years these properties had been assessed properly, that they would have more money in the kitty,” Mr. Holloway says. “And it just seems to me that some of these biggest players, big developers, that sort of thing, they are finding ways to hide behind their appeal agent and keeping values down and playing the game with BCA, and it undermines the whole process.”

BC Assessment spokesperson Tina Ireland, however, responds that the Authority meets an international standard. She says they look at “market evidence” to determine the value.

“While some properties may be more challenging than others, we do have the appropriate inventory and sources of data, which our professional appraisers use to determine assessed values on all properties,” Ms. Ireland says.

Tax agent Paul Sullivan represented the former owner of Oakridge Centre, as senior partner at consulting firm Burgess, Cawley, Sullivan and Associates. He argues that the value of Oakridge at the time was in line with the market in July, 2015. He also challenges the assertion that residential owners would bear the brunt of lost commercial taxes, because tax levies for each classification of property are decided at the municipal level. Oakridge fell entirely within commercial.

“There was a rapid increase in land value from 2015 through 2017 throughout Metro Vancouver,” he says of Oakridge.

Mr. Holloway says that when commercial properties are routinely under-assessed, over time, the municipality feels the pressure to shift the tax burden to other property classes, primarily residential.

“If large ICI properties were properly assessed, [there would be] no need for shifts.”

Ms. Ireland says she can’t speak to specific property assessments, but she says assessments reflect the values as of July 1 each year, in order to ensure fairness and uniformity.

“Market value is defined as the most probable price which a property should bring in a competitive market under all conditions requisite to a fair sale, with a willing buyer and a willing seller and without undue stimulus,” she says. “There could be many reasons why assessments differ from reported sale prices – for example, it may not be a market-value sale. There may be considerations other than land and improvements in the sale price. Market conditions may have changed since the date of July 1.”

Mark Goodman is a principal at the Goodman Report, which markets and advises sellers on multifamily buildings. The company acts as expert witnesses in appeal cases and gives advice. They recently helped a co-op building get a $4-million adjustment. He responds that commercial properties may have been undervalued for many years, but it’s a new day and a rockier one, for large-property owners.

“There was a period of time when we were selling buildings over twice what the assessment was, but then it caught up a few years ago to market value,” Mr. Goodman says.

“This is the first time ever in the 17 years I’ve been practising real estate where the assessed values of buildings are, in most cases, over the market value.”

But with new regulations and municipal policies, the landlord-owner now can’t realize the development potential of a property, which puts them in a negative cash-flow situation, he says.

“It just seems to me, the pendulum has swung the other way and it’s causing havoc in this industry.” 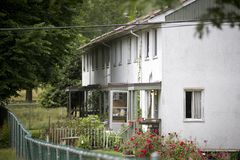