Rohana Rezel is on a mission to shine light on Vancouver’s hidden real-estate market.

Mr. Rezel, a senior software architect, is also one of a small group of citizen researchers who’ve taken on the task of unearthing the numbers and names behind the city’s housing affordability crisis.

His personal mission has unearthed realtors who own 20 or 30 properties, as well as other people who have flipped properties in the past year and made substantial profits. He posts his findings on a site called OpenHousing.ca. Because he has the data analysis tools and the skills, he is able to uncover information on the players behind the Vancouver-area housing market.

Mr. Rezel does land titles searches to trace property ownership, and one of his past focuses has been uncovering commercial operators of short-term apartment rentals on Airbnb. His work, he says, is an attempt to level the playing field. More recently, he has been using the new Land Owner Transparency Registry. The registry, created under the Land Owner Transparency Act, only became available to the public this April.

“I can do a lot more than other housing advocates because they would need to do this by hand, and with so much data to manage, it’s difficult,” says Mr. Rezel, who has already developed software tools for data analysis. “These tools I’ve built aren’t for housing market analysis, but I have repurposed them.”

He says he spends about three to four hours a day on voluntary housing research, and his purchase of search records on the new registry has cost him $2,000 in fees. Some supporters have kicked in small donations to the cause.

British Columbia’s Land Owner Transparency Act requires that every person who has an interest in a corporation, trust or partnership with real-estate holdings must file a transparency report. Information divulged includes full names, country of residence, citizenship, social insurance number, tax number and last known address. It’s Canada’s first publicly accessible registry of those who have a beneficial interest in land.

The public acquired partial access to information on the registry in April, but only this month did it become user-friendly, Mr. Rezel says. It had a few bugs that needed to be worked out.

The registry is one of several measures taken by the provincial government to address hidden property ownership linked to money laundering. A 2016 report by Transparency International showed that half of Vancouver’s top 100 most expensive homes were purchased by shell companies, or other forms of ownership that hid the owners’ identities. The registry requires all current interest holders of a corporation, trust or partnership to have their lawyer file a transparency report by November this year.

But Mr. Rezel says he has become increasingly frustrated with the registry’s lack of true transparency – as well as the fact that people have to pay for it.

He’s called the registry a “pressure relief valve” that only gives the illusion of transparency to appease angry residents.

“There will be riots if people see just how much of the wealth – and land – is concentrated in the hands of a privileged few,” he recently tweeted. “So [the registry] hides that information.”

Another citizen researcher, immigration lawyer and policy analyst Richard Kurland, says there shouldn’t be a cost to use the registry.

“Researchers and investigators can be enforcement teeth for the system because they know how to make sweeping systemic searches. Give free access to the data, and let them go hunt,” he says. “I know I haven’t bothered to make large numbers of requests because of the cost. If cost is important, add a levy to property transactions.”

Not everyone appreciates Mr. Rezel’s public revelations, which he has been posting on social media. He recently ran afoul of Twitter policy when he tweeted about his registry findings – even with personal information redacted – after someone reported him. On his website, he discloses names of property owners, including one who flipped a house at 418 E. 56th Ave., in the Sunset neighbourhood, making $400,000. That was the result of a land-titles search.

“There is an information asymmetry,” he says. “Realtors have access to a ton of information that they deliberately try to keep people away from. Even sold prices; until recently you couldn’t see them. The realtors fought tooth and nail to keep that information secret. I’m lucky I’ve got access to a lot of that information, and that’s part of the reason that the real-estate industry hates me. They’ve tried to shut me down, and they threatened me with lawsuits, a few years ago.

“Even today, a realtor was asking me why I was sharing this new information. But the name of it is the ‘Transparency Registry.’ If the purpose isn’t transparency, I’m not sure what it is.”

Andy Yan, director of the city program at Simon Fraser University, has analyzed Canadian Housing Statistics Program data recently and found that one in five homeowners in the City of Vancouver owns more than one property. Homeowners who own three or four properties are a growing group, he says, and Mr. Rezel’s work is a “nice sequel” to his research.

“Even at this early stage, what Rohana has discovered is this pattern of concentrated ownership that we know is occurring in real estate,” Mr. Yan says.

Because their work is often controversial, some citizen researchers prefer to stay anonymous.

@mortimer_1 is a well-known Twitter handle. A lifelong resident of Vancouver with a full-time job and family, Mortimer prefers to remain anonymous but, he said in an online interview, admits to spending an hour or so a day searching information that is free to the public.

Mortimer scored a hit recently with a tweet entitled: “Siri, show me a $7 million house in Vancouver, Canada,” with a photo of a rundown bungalow with an overgrown lawn. The property was listed with an asking price of $6.98-million, as part of a potential land assembly, at 445 W. 26th Ave., near Cambie. The thread continued with a picture of a house that sold for $2.5-million. The house was boarded up with graffiti and a collapsing set of stairs. “I am not kidding,” the tweet said.

“Probably a mix of curiosity, general annoyance for those who don’t follow the rules [i.e., Airbnb] and just to highlight some of the craziness in Vancouver real estate,” Mortimer says.

Mr. Rezel calls himself a frustrated Gen Xer whose household income is in the six figures and who lives in a basement suite with his wife and toddler. There’s something wrong with a housing market in which some players are holding so much property while others who make a decent income can’t buy one house, he says.

“I’d say we’re in the top 10 per cent in terms of income percentages. But we rent, and there’s absolutely no chance we’d ever be able to buy a house here. So then you wonder, ‘what’s going on? Why are people who make decent incomes unable to buy a house?’

“And when we try to ask that question, you get people saying … it’s due to lack of supply. Or some say government is printing money. Some say it’s all the foreign buyers. But when you look at it closely, it’s not that simple. There are multiple players at play here. I’m just trying to understand what is going on and help other people understand what’s going on, and hopefully use those findings to guide policy that will solve the housing crisis, because we are in a crisis.”

Real-estate lawyer Ron Usher represents the Society of Notaries Public of B.C. as part of the Cullen Commission inquiry into money laundering. Mr. Usher also traces property-ownership chains, just out of curiosity. He says citizen researchers play a valuable role, but it shouldn’t be lost that access to information doesn’t always paint a complete picture. It is very complicated to figure out who really holds control over a property, he says, and even then, there’s no guarantee there’ll be accountability.

“How many people have gone to jail as a result of the Panama Papers? How’s that working so far?” he asks, referring to the nearly five-year-old leak of millions of documents that revealed tax evasion through shell companies by the rich and powerful.

The Panama Papers led to some policy reform, “but tax justice and corporate secrecy continue to be pressing problems,” Transparency International said in a 2020 article.

“The challenge with the [Land Owner Transparency Act] and the registry is, given that people have high expectations, somehow they are going to dig in there and find a bad guy doing bad things,” Mr. Usher says. “I get the incredible desire for that, but it’s not that simple – and it will cost a lot of money.”

For example, he says, the registry doesn’t show how much of an interest a person has in a property. It could be 1 per cent or 50 per cent.

“I’m concerned people will overestimate what they’ve found and fail to appreciate the complexity of it. To really understand it, you’d have to see the actual file in the law firm or notary, and even then you would have to talk to the people involved.”

Enforcement is another matter, he says.

“It’s laughable to suggest the bad guys are going to comply anyway. My personal frustration, and what I found out from the Cullen Commission, is we have not got the adequate resources to investigate crimes that we know about – let alone crimes found looking at possible clues.

“The cops have always had the ability to do lots of research. It’s not as if it’s new. This just makes it a little easier.”

“Will the [registry] be of assistance? Yes, but only as a way to start the work.” 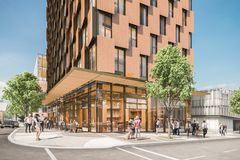 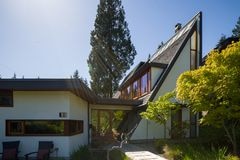 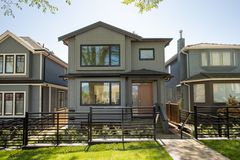