Few Vancouverites, even lifelong ones, know about the people who lived in a once vibrant community that they called the Celtic Cannery.

About 25 Japanese-Canadian families lived in the tiny fishing hamlet in Southlands, in the city’s southwestern pocket along the Fraser River, from the late 1890s to 1942, until the government confiscated their fishing boats and forcibly removed them under the War Measures Act.

Roy Uyeda, now 87, was born in Celtic Cannery and still sometimes returns to the site of his youth, where he lived until the age of 8. His father and brothers fished for salmon and sold their catch to B.C. Packers. The families lived in small, cedar-clad houses on nearby Deering Island and on the Celtic Shipyards property, on the mainland. Mr. Uyeda’s family home was at the western end of the Celtic Shipyards, among a row of houses.

“Life was quite simple – we were all poor,” Mr. Uyeda says.

The children from Celtic walked a mile and a half each way to Kerrisdale Elementary. They’d go down to the beach near the University of B.C. and collect seaweed at low tide and dry it. They’d fish for prawns and octopus; they grew cabbages, cucumbers and tomatoes in their gardens. He remembers building bonfires with the other boys and cooking potatoes in the hot sand.

“We took our boat across the river to parts of Sea Island to trade with the Chinese farmers there, and we would take some salmon and trade it with them, and buy corn and apples. I remember the Indigenous people coming around and they sold Cowichan sweaters and heavy socks, and the Japanese fishermen would buy them. They helped. We were not strangers with one another.”

Today, multimillion-dollar waterfront residences surround the eight-acre industrial Celtic Shipyard site that was part of the historic community. In 2017, the unique property – the last remnant of both the Celtic hamlet and Vancouver’s boat-building history – went on the market. It had been assessed for just over $6-million and sold for $25.8-million. That same year Heritage Vancouver put it on its Top 10 Watch List. This month the new owner, developer Keltic Development, put forward a proposal to city council to build 18 luxury residences on the site, and transfer half the property to the city to adapt the heritage buildings for use as artisan spaces, a waterfront park and pathway. A staff report opposed the plan, and so did city council last week, for several reasons. The developer will have to try again with a new proposal, but it will be a complex undertaking.

The oval-shaped site that is sandwiched between Balaclava and Blenheim Streets, and its links to the Musqueam First Nation, the fishing village and the 1927 shipyard buildings that remain, is a key part of the city’s history. Heritage consultant Don Luxton says the city needs to think carefully about any redevelopment on the property, which he says was foolishly removed from the city’s heritage register many years ago.

“There’s nothing like this left in the city of Vancouver – this is the main piece, and if they take this down, that’s the end of the ship building, ship repairing in Vancouver. I think it’s a really important site, and something needs to be done. They need to pay attention.”

Urban designer Scot Hein, who worked for the city for 20 years, is flat out opposed to any private development. He’d rather see a density transfer offered off site, to support on-site rehabilitation and public amenities.

“It’s much too unique a site, with a rich history, to privatize even a small portion,” Mr. Hein said.

Keltic Development knew the challenge going into the purchase, according to planning consultant Michael Mortensen, who is working with the developer. There’s the historical significance, and potential artifacts that may be uncovered; there’s the fact that it’s a precious piece of urban Agricultural Land Reserve, and there’s the geography of the site, a major flood plain. But it’s also worth the hassle. The waterfront residences that would get built could easily be worth around $10-million, part of an exclusive enclave unlike anything in the city.

“They knew it would take a lot of work and public involvement to change the use, but they also saw the potential, and they are being quite civic minded in their approach,” Mr. Mortensen said.

For Mr. Uyeda and other members of the Japanese community, they’d like any redevelopment to recognize what the Celtic Shipyard once meant to them.

“Sometimes the odd time I go there just because I was born there, and the place has a lot of meaning for me,” Mr. Uyeda said. “If it gets developed like that, the traces of the old time will be all gone then.

“Anyways, I don’t feel good about it. Maybe I’m too sentimental about things.”

Sandi Sasaki’s husband’s mother lived in Celtic, and although her husband Roger has passed away, she brings their grandchildren to the site so they can learn about their history. She’d like to see more of a commemoration to the families that lived there.

“The stories are getting diluted. … We can read about it in books, but you need a place where you can put your feet down and look around, where you can say, ‘this was grandma’s house, it’s here they fished, this is why they came here.’ It’s the education that’s necessary to keep it alive, more than the marker. It draws you there, and we need that, we need to have a place that we can identify as ‘this is the spot.’ ”

When the government rounded up their fishing boats and began removing the Japanese-Canadians from the Celtic lands in early 1942, Mr. Uyeda’s father refused to leave. Mr. Uyeda’s older brother had just purchased an $850 engine for his fishing boat – a fortune at the time – but his boat was confiscated before he ever got to use it. Mr. Uyeda remembers peering through his neighbour’s windows and seeing their possessions left in place, as if they’d just walked out the door.

When officials finally forced the family out of their home in May, 1942, they went to Slocan, B.C., where they spent four years. After the war, they were then given the option to go to Japan or go east of the Rockies. His family went to Japan, and when Mr. Uyeda returned to Vancouver in 1958, he returned to Southlands and saw their houses were gone. The only recognition of the residents of Celtic Cannery is a small plaque on a boulder, placed there in 2013 by the Vancouver Heritage Foundation and members of the Japanese-Canadian community, including Roger Sasaki.

Some current residents in the area are opposed to the proposal, but for different reasons. They take issue with the fact that they haven’t yet been consulted. Southlands is a uniquely semi-rural part of the city where the speed limit of 30 km/h is intended to protect horses and riders. Melanie McLean, who lives on Deering Island, says increased traffic is a major safety issue. She questions what the city will get in exchange for a relatively dense new subdivision of luxury homes.

“What are you giving up? One of the most unique neighbourhoods in all of Vancouver … and if you change that, it will be gone and you will never get it back.”

Paul Sullivan, a property tax consultant who lives in the area, says he also has an issue with increased traffic, as well as the possible erosion of the semi-rural character of the neighbourhood, which is clearly established in the existing zoning.

Developer Michael Geller didn’t want to take a position on the proposal, since he was the consultant who helped develop Deering Island, where he lives. But he suggested that the developer would receive far less pushback if they built what is already allowed, which is three large lots that would fall within the RA-1 zoning. The idea of the zoning is to maximize green space for equestrian uses. Current zoning doesn’t allow for smaller lots.

But Vancouver developers have a long history of buying properties with the intention of changing the land use, Mr. Geller says.

Mr. Mortensen, a former city of Vancouver planner, is optimistic. This is only their first kick at the can, and it’s not every day that a developer offers to donate a valuable chunk of real estate, he says. But there are hurdles. Because it’s on a little slip of ALR, the subdivision proposal has to go before the Agricultural Land Commission. First, the city has to support the idea. And if the ALC approves it, then it still has to go through the city’s rezoning process. Mayor Kennedy Stewart indicated that he’d be interested if the Musqueam were involved.

“I’m not surprised by their decision not to support the subdivision application at the ALC, but I am encouraged that we have heard interest from all the different councillors and interest from the mayor,” Mr. Mortensen said.

“I think there is enormous opportunity to involve and include, and in fact, partner with the Musqueam on this.”

Mr. Mortensen said that Keltic knew going into the purchase that it would be a challenge to change the land use.

“What Keltic is proposing is something that’s much more public [than what is there]. It’s an exceptional site. It needs to be cleaned up … I think all of the interest the city lists as challenges to development, Keltic is confident they can all be met.

“What Keltic is looking for is an opening to begin that public involvement that’s necessary.” 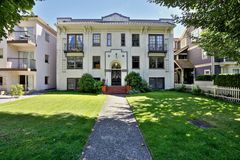 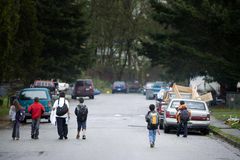