Back in October, long-time residents of North Vancouver, B.C., might have been confused by a real estate flyer hailing their neighbourhood as “The Next Palm Springs.” Although it’s a bit of a stretch to compare the luxurious desert retreat of Hollywood stars to a middle-class neighbourhood perched below the ski slopes of Grouse Mountain, the two communities do have one thing in common: outstanding examples of mid-century modern architecture.

Palm Springs is code for a kind of West Coast cool – referencing post-and-beam construction, an open interior plan, grand floor-to-ceiling windows which “let the outside in” and wraparound decks and shallow rooflines with generous overhangs.

The house at 4089 Skyline Dr. was being marketed by West Coast Modern, a team of real estate agents with backgrounds in advertising and branding. The “Vista House” invite-only event featured B.C. wines, artisanal cheeses and a jazz guitarist, and saw more than 250 people pass through on a rainy midweek school night. The foyer was filled with Blundstone boots and Arc’teryx jackets as young families from Yaletown and East Van toured the charming, yet modestly sized house.

“Vista House was a Bob Lewis restoration that had been on the market for over a year with little interest," West Coast Modern partner Trent Rodney said. "We created a [marketing] campaign that compared Lewis’s homes with those built by Joseph Eichler, a California builder whose homes command a premium in that red-hot housing market. The house had yet to be listed on MLS, but we had an offer by 8:06.”

Back in the 1950s, young Vancouver architects embraced modern home designs popular in California and adapted them to the rugged rainforest of coastal British Columbia. Architects such as Arthur Erickson, Ned Pratt, Fred Hollingsworth and Ron Thom embraced the rocky, lichen-covered outcrops and forest canopy by siting homes that took advantage of sweeping views and natural light. They borrowed the simple functionality of post-and-beam construction used by Austrian-American architects Rudolph Schindler and Richard Neutra, who visited Vancouver on numerous occasions and whose ideas strongly influenced artists Bert and Jessie Binning, whose Binning House is listed on Canada’s historic register.

Vancouver architects and builders made their own interpretations of the “rules” of Modernism; Erickson’s geometric “half A-frame” Mitchell Residence, (renovated in the past decade), is something of a head-scratcher. In the same North Vancouver neighbourhood, Fred Hollingsworth – a British draftsman who once turned down a job offer from Frank Lloyd-Wright – designed kit-homes for postwar families; simple, flat-roofed houses he called “Neoteric” homes. Among the architectural cognoscenti, the Capilano Highlands subdivision became known as “Hollingsworth’s Oak Park.” Mr. Rodney recently sold a Hollingsworth Neoteric near Edgemont Village earlier this year that was a masterpiece in brick – both inside and out.

There are dozens of West Coast mid-century modern homes still standing in the Edgemont Village, Forest Hills and Montroyal areas of North Vancouver. But as their original owners downsize or pass on, many are knocked down and replaced by opulent spec homes; 6,000- to 8,000-square-foot mansions maximized for resale value. But even those whose owners decide to renovate can be endangered. Despite best intentions, renovations can bring surprises along the way; structural defects can see costs rapidly escalate and such projects are rarely straight forward. Consequently, well-renovated mid-century modern homes are in high demand.

In February, realtor Derek Grech ran a contest to “win a trip for two to Palm Springs and $500 spending money” to drum up interest in a mid-century modern property at 4448 Skyline Dr. Set back on a large massive forested lot that slopes down to a gushing mountain creek, the dramatic post-and-beam home was designed by architect D.W. Lichtensteiger to house his family of four back in 1957. The side-split home was crafted from carefully selected old-growth timber beams that run the entire length of the house. Futuristic design touches included hot water radiant heated floors, custard-coloured Scandinavian couches and built-in Hi-Fi and TV cabinets.

The house had gone through an ownership change or two when a family with deep roots in North Vancouver purchased the house for $600,000 in 2002. Six years later, 90 per cent of the rest of the house was rehabilitated for a price well above replacement cost. The exposed beams, which had been painted over, were reclad in Douglas fir. Kitchen cupboards were refashioned in ash. For earthquake safety, steel rods were integrated into frame. Van Dusen Gardens landscaped the property with native plants. "It’s like living in Stanley Park,” Mr. Gretch says. The current list price is $3.498-million.

The future is less bright for some other nearby MCM homes. Near the top of Skyline Drive, a dense forest of second-growth fir and cedar hides what was once an outstanding post-and-beam home. The house itself was doubtless a beauty back in its day, but has now been vacant for several years. It sold last fall for $900,000, essentially, lot value. Clearly, the intention is to demolish, but even that will be an expensive proposition. Closer to Edgemont Village, a Hollingsworth Neoteric which backs onto a municipal park is being marketed as a place to “build your dream home.” No fancy Palm Springs comparisons, here; the asking price is $2.1-million.

Still, Mr. Rodney remains optimistic that many of the remaining mid-century moderns can be saved from the wrecking ball. “The market for these homes is international. I’ve had people come from Los Angeles and Chicago to look at homes on the North Shore.” But there’s a great deal of local interest as well, even if the cost is well above what many people can afford. "A lot of people who are interested in these homes – especially young professionals here in Vancouver –are stretched to the limit if a house is more than $2.5-million. We have dozens of young families who would love to breathe new life into these homes.” 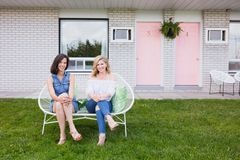 Home of the Week: This Modernist house shows off the cutting-edge of mid-fifties living
Subscriber content
August 9, 2019 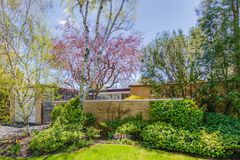