Supply has gone up in Vancouver’s rental market, but affordable housing has yet to materialize.

The Canada Mortgage and Housing Corporation (CMHC) released its rental market survey report last month, showing a Vancouver vacancy rate of 2.6 per cent – the highest it’s been since 1999.

The question is, will it translate into reduced rents?

Certain neighbourhoods showed significantly high vacancy rates, such as the downtown area of Yaletown, Crosstown, Coal Harbour, part of Gastown and the Expo Lands (not including the West End). That downtown area has 11,802 rental units and 6.3 per cent of them were vacant at the time of the survey, last October. The southeast part of the city has a 5.3 per cent vacancy rate, and the University Endowment Lands 14.6 per cent. The majority of units surveyed were purpose built rental, according to the CMHC.

Downtown rental buildings are facing heavy competition, said CMHC senior specialist and market analysis Eric Bond, who gave a virtual presentation of the findings to members of LandlordBC last week. They’ve taken a hit from increased competition due to condo owners converting their short-term rentals to long-term rentals. For example, an additional 1,596 condos came onto the long-term rental market on the Burrard Peninsula in 2020. That’s in addition to nearly 3,000 units that came online the year before.

Also, vacancy rates are highest in neighbourhoods that have the highest rents, or newer buildings. The southeast part of the city saw a lot of new rental units in the multi-phased River District, and the area has a 5.3 per cent vacancy rate. On average, the vacancy rate for a one-bedroom unit that had been completed in the last two years is 22 per cent, according to the data.

But while availability of units has clearly increased, rents have not yet fallen to what are generally considered affordable levels. Instead, they’ve only slowed from their rapid ascent. According to the CMHC, rents went up on average 2 per cent in Metro Vancouver compared to a 2019 increase of around 6 per cent.

“That follows several years of quite elevated rent growth of around 6 or 7 per cent during periods of quite high demand,” said Mr. Bond.

However, that drop-off in rent growth is very likely going to reverse, says commercial real estate broker Mark Goodman, who specializes in apartment building properties. He believes rents are already climbing back up.

Mr. Goodman calls the increased vacancy rate “a blip” due to the pandemic. He believes that once the pandemic is over and business resumes, demand will overwhelm any supply because of increased immigration, a renewed workforce and the international student population.

“I believe this is a temporary trend. I think we are going to have some serious [affordability] issues when the pandemic is over.”

Even with a higher vacancy rate, he says rents have actually gone up in many buildings due to higher turnover. The CMHC report confirmed that rents have increased due to landlords resetting rents to market levels once tenants leave. Although the turnover rate had decreased slightly from the previous two years, the turnover rate for 2020 was 11.8 per cent in the region, and 13.4 per cent for the province. Renters have been moving during the pandemic due to job losses, or seeking less urban environments.

“I don’t want people to think I’m advocating for this trend, but what’s happening is landlords are saying, ‘I don’t mind people leaving and freeing up suites where they were legacy tenants and they had rents of $1,100.’ It affords the landlords opportunities to rent at market [rate], which in many cases is 100 per cent more than [tenants] were paying,” says Mr. Goodman. “You can imagine, all of a sudden you are a landlord and own a 20-suite building and four people move out. So you spend a few bucks. But they are actually happy they have these vacancies.

“So we have seen a bump in rent increases due to turnover.”

As well, the overall bump in the vacancy rate is not significant, he adds. The value of rental buildings is naturally impacted by the rents that the owners can collect, but Mr. Goodman says the slower rental market is not affecting values. There are other factors driving the market for apartment buildings, including low interest rates and a desire by investors to own hard assets.

“If rents came down, then one could opine that values would come down – and the values have come down since the highs of 2016. But rental rates have gone up, so it’s not a direct correlation. It’s also the cost of money to borrow, and what else is happening in the economy. Right now there’s a move to hard assets. People want their money safe.”

In other words, apartment buildings are still considered a safe long-term investment for private and institutional investors.

But for tenants, the turnover gap is a major affordability issue. In 2014, vacant units had lower rents than occupied units, and that situation has reversed, according to the CMHC. An available market unit is on average 21 per cent more expensive than an occupied unit. For example, a two-bedroom unit renting for $1,780 turns over to a new tenant at $2,150, on average.

“For renters, that means they face a significant rent increase, even if it’s an identical unit across the hall or across the street,” said Mr. Bond.

Andy Yan, director of Simon Fraser University’s City Program, says even with vacancy rates dropping and rent growth slowing, we’re far from a level affordable for your typical renter. The median household income for a renter in the city of Vancouver is $50,250. The standard measure of affordability is when a household spends no more than 30 per cent of its pre-tax income on housing, according to the CMHC.

“The financial struggles for the average renter still remains and there are still considerable challenges in aligning rents with local incomes.”

Another problem for average income renters is that they pay a premium on brand new units, which is why newly built buildings are seeing the greatest vacancy rates.

CMHC separated out buildings built in the last two years and found that they generally rent for about 45 per cent more than all other buildings.

“So the rent premium is having an impact here, with the pandemic, and lower demand for these higher priced units,” said Mr. Bond.

And the owners aren’t necessarily adjusting to the high vacancy rate.

“Also, operators of newer buildings are holding out for tenants to pay their asking rents, so they might accept a longer lease-up period for their building in order to achieve those rents,” said Mr. Bond.

“By and large, landlords are trying to avoid the deep discounting of rents because with rent control it’s nearly impossible to recover or recoup those rent discounts, but they are looking for other creative ways to do it,” said Mr. Hutniak, referring to a month’s free rent, for example.

Mr. Hutniak says a higher vacancy rate is healthy in the sense that “the tempering of rents” makes for a more competitive market.

“But this does not give us licence to take our foot off the pedal to get more purpose built rental built,” he adds. “If anything, that would be the worst thing that could happen. Right now there is a lot of nervousness, and uncertainty in the market. We are getting projects approved, but we will have to wait and see how many go forward and when they go forward.”

Mr. Goodman agrees that the solution is to build more rental supply, and he criticized the city’s slow permitting process for contributing to the problem. 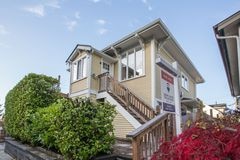 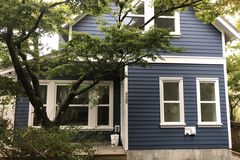 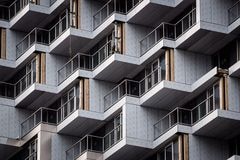