While COVID-19 may do lasting damage to restaurant and service industries, a Vancouver company that provides housing to students is experiencing an uptick in business.

Toby Chu, chairman, president and chief executive officer of CIBT Education Group, has brought 900 beds of rental housing online for students in the Lower Mainland, and he is planning for another 2,400 more. The company has 10 properties, including purpose-built rental apartments along Cambie and another rental building in Burnaby. It also owns two hotels downtown, including the GEC Granville at Drake and the GEC Viva, at Drake and Howe, which are used for student accommodation. More properties are on the way, including plans for an 18-storey rental tower at Cambie and W. 42nd Avenue, a market rental building on West King Edward, towers in Richmond and a 48-storey mixed use tower in Surrey.

Mr. Chu launched the housing arm of the company, Global Education City, six years ago, to provide students with reliable and secure housing, and to tap into a highly lucrative rental market. The units are typically two-bedroom rental apartments. They are listed for rent through the schools associated with GEC and are not advertised on classified advertising websites.

The company generated more than $23-million in revenue from its rentals only a few years after it launched, according to its website. Its Vancouver real estate portfolio grew to $1.4-billion and appreciated by more than $300-million within five years.

Because they are renting regular apartments, and not dorms, the model allows the company to adapt to market changes.

“Let’s say Vancouver is facing a high-tech boom with a lot of tech workers,” Mr. Chu says. “We can rent to tech workers as well, just changing to some higher-quality furniture. We always have a big fibre optic line anyway, for the internet. We can change the demographic group within a day.”

Their aggressive move into the rental housing business perfectly complements the company’s education business. The international company also owns Sprott Shaw College, and is in partnership to provide housing for about 100 other schools that teach everything from language to university programs. That diversity has allowed has them to expand, Mr. Chu said.

Another key to their business model is focusing on transit-oriented development.

Mr. Chu said that in the midst of the coronavirus crisis, business hasn’t declined, but has picked up because students who had booked stays in people’s homes are being turned away. A home stay service typically provides room and board to an international student in a local home, usually booked through a home stay agency.

“A number of them are kicking them out. So students are arriving during the past few weeks and even this morning [Friday]. And the border shuts down tomorrow, so we are finding them a place to live.

“It’s unfortunate, but understandable,” he said. “Home stays are typically parents with extra room and it could be on the same floor of their house. … And they are more concerned about bringing in a stranger potentially from overseas into the same house. People are protective of their families’ health. I can understand that. Our units are separate, like an apartment.”

Many universities are offering courses online, so students are self-isolating in their rooms. GEC has set aside several rooms for the unexpected arrival of foreign students, and to isolate any student who falls ill. So far, only one female student is ill and using a quarantine unit. She has not been tested for the virus, and is being observed for 14 days, Mr. Chu said.

“If not feeling well for any reason, they are put into isolation until recovered, and also new arrivals. And it’s at our own cost, because a student is not budgeted to have a single occupied unit.”

Each building has a housekeeper monitoring the situation, Mr. Chu said. Once they run out of single rooms for any newcomers, they will ask them to go to other hotels and self-isolate before returning to the GEC for accommodation.

Foreign students make up a significant part of the local demand for rental housing. By the end of 2019, there were 642,480 international students living in Canada, according to the Canadian Bureau for International Education (CBIE). The number grew by 13 per cent since 2018. The result of the flood of students has been a shortage of housing for them, so Mr. Chu’s company stepped up to meet the demand.

Nobody else is providing student rental apartments on the same scale, Mr. Chu said. But in the United States, student housing is a much bigger industry, and developers, including DMG Investments, are moving into areas with large university populations that are desperate for housing. New York-based DMG is owned by a massive Chinese conglomerate and it launched in the U.S. seven years ago, opening student housing complexes in upstate New York, South Carolina and Texas. The company either converts apartment blocks to student housing complexes or builds purpose-built student housing. Some of the amenities include pool, clubhouse, volleyball court, movie theatre and ice rink. It’s big business, says Jeffrey Amengual, DMG’s chief operating officer.

“It’s a growing market, and we have great interest in the market. We are committing about $100-million per a year in new investments – we are true believers. We are working on a nation-wide basis, mostly toward the east coast so far. But we are also looking at opportunities in Canada as well. There are a number of opportunities in Montreal and Toronto, where partners are very interested in us bringing the model up there.”

DMG also builds multifamily housing. But for a developer, the advantages of student housing include a more straightforward construction than multifamily housing, so they get built faster, Mr. Amengual said. And on a square-foot basis, he said, a developer can charge more because of the added services at the site. As well, occupancy is nearly full by August, when school is about to start.

“There are a lot of pluses with student housing,” Mr. Amengual said. “The returns are very good in this particular market place.”

They tend to prelease throughout the school year, although this year is somewhat up in the air. They’ve taken precautions because of the outbreak. So far, no one has tested positive in any of their complexes. The public areas are closed and they’re supplying gloves and masks to the students, and food-delivery services to help them cope. Students are currently confined to their apartments. If they become sick, and they develop a fever and have difficulty breathing, then they will go to a medical facility or interim facility, he said. But their roommates and others in the complex will be required to shelter in place.

“Some students will return keys and figure they are no longer obligated for the remainder of the lease, which is not necessarily correct,” he said. “We anticipate some shortfall on revenue, and some added cost for staff to do additional cleaning – a number of things are going to impact the bottom line. But we always have contingencies that work out for all the properties. We are in a good place for being prepared for almost anything that occurs.”

The unknown is what happens by late summer, when decisions about school will have to be made.

“We are concerned about the fall semester, whether or not it will happen as planned or gets delayed or curtailed in some fashion. Fall is a key point in the revenue stream. We are concerned that not all students will return or school will be delayed, which would impact the bottom line.”

Mr. Amengual does not see the virus as a major setback to the market overall.

“I think there will be a blip,” he said. “Wherever there is uncertainty, markets suffer in general. But I think prior to this there was a lot of pent-up need for housing, whether multifamily or student or senior housing. So that is still a reality when the dust settles, or this virus, you will see that reality come back. I don’t think that will change.

Mr. Chu is equally optimistic. The recently adjusted ultralow Bank of Canada interest rate will be a major boost once the crisis is over. Also, interest in a Canadian education will not abate.

“This thing will go away, but it will not impact the student or education sector from overseas,” Mr. Chu said. “If someone sends their children to study abroad … and there is a virus outbreak, fine, they will delay it. But they will always come back. It may be deferred, it may be delayed, but it won’t be gone; it’s not like restaurants. For the housing part, no matter what happens to the school, if it’s shut down, or ongoing, the students still need a place to live.

“In our sector we are blessed. Thank God we are here. We continue on and fight the battle. I think after this crisis, the real estate sector in Vancouver will see a rapid recovery.” 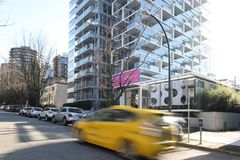 It’s either golf or housing - not both - in this Vancouver neighbourhood
Subscriber content
March 13, 2020 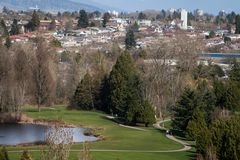