Skip to main content
Kerry Gold
Vancouver
Special to The Globe and Mail
Published May 2, 2019

B.C. housing affordability advocates say they aren’t seeing the money yet rolling in, despite federal government announcements that promise millions of dollars.

Liberal members of Parliament recently gathered to announce a promise of $1.3-million in funding to cover some of the renovation costs of an aging 45-unit social housing building on Vancouver’s east side, as part of the Canada Mortgage and Housing Corporation’s (CMHC) $13.2-billion National Housing Co-Investment Fund. The fund provides loans and contributions to develop affordable housing, as part of the federal government’s new National Housing Strategy (NHS). The funding is finally trickling in from the federal government after a 25-year freeze, but the paltry amount was hardly celebrated in a province that is in the midst of a major housing crisis. Some are wondering where the money is, exactly – and one university professor is asking the government for honest answers about the funding it promises.

University of Toronto’s David Hulchanski, professor of housing and community development, says the funding so far simply hasn’t materialized. In fact, he says, the federal government spent more on housing Canadians almost a decade ago than it has since the introduction of the new national housing strategy – the first federal housing program in 25 years. He is one of several housing experts who say that in order to correct the crisis that has made housing unaffordable for low- and middle-income people, particularly in Vancouver and Toronto, the federal government needs to immediately inject funds back into the system.

Prof. Hulchanski, who used to live and teach in Vancouver, is a professor at University of Toronto’s Factor-Inwentash Faculty of Social Work. He was one of several panellists who spoke at Simon Fraser University in downtown Vancouver recently, including key speaker, In Defence of Housing author David Madden, a sociology professor at the London School of Economics. Both professors spoke to a sold-out crowd of 350 people about the hypercommodification of housing, which turns houses from homes and into objects of value, to be bought and sold for profit. It’s a cycle that has ramped up in recent years and the effects on average residents can be devastating, as communities in the Lower Mainland have seen.

Cities experiencing intense hypercommodification, such as Vancouver, Toronto, London and New York, have seen vulnerable long-time citizens displaced so that profit-seekers can store and grow their wealth. Homes sit vacant as they become repositories of money. Prof. Madden referred to towers on Manhanttan’s “billionaires row” as “money congealed into tower form.”

B.C.’s Housing Minister Selina Robinson also spoke at the sold-out event, and agreed with the other panellists that a lack of market supply housing is not the issue when it comes to the housing affordability crisis.

After many years of lack of intervention, all three levels of government have conceded that the commodification of housing has played a serious role in the crisis and it has connections to the globalization of wealth. Part of the new NHS includes funding for better data on housing ownership.

But Prof. Hulchanski told the SFU audience that the federal government has yet to step up its funding for social housing to support those citizens who are affected most. And he is calling for transparency around the funding it has announced. He has submitted a Freedom of Information Act request to CMHC for detailed breakdowns of historical and planned spending on assistance for housing needs, as well as data related to assisted housing programs.

“The Liberal Party and even CMHC have mixed all these together into big sounding amounts, as if a great deal is happening. But not much is happening in terms of meeting housing need and existing spending on housing remains at a historically low percentage of the federal budget,” Prof. Hulchanski said in an interview. “How much and for what has Vancouver received that is new from the NHS?” 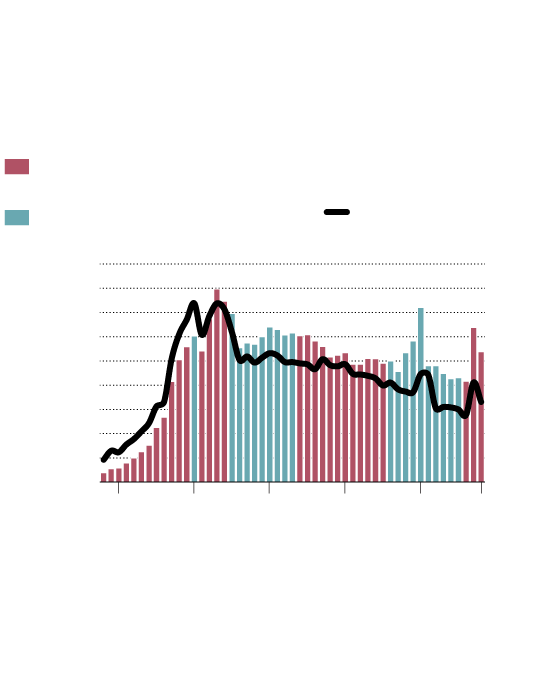 THE GLOBE AND MAIL; 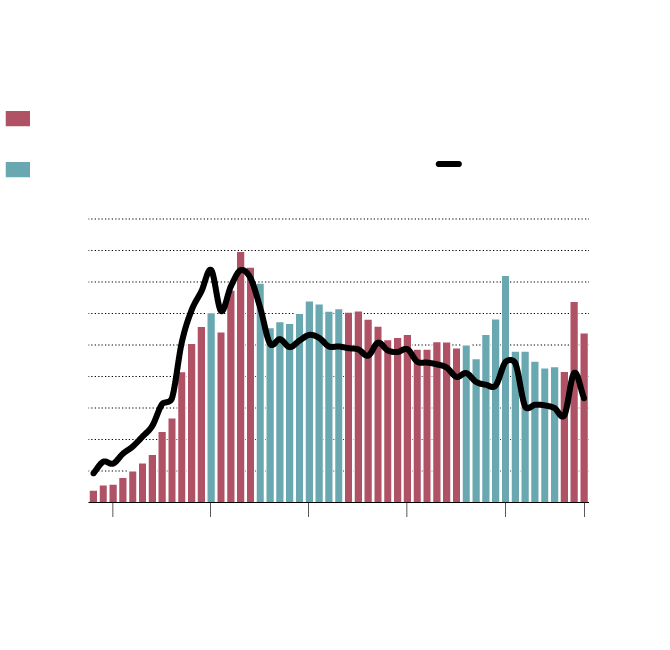 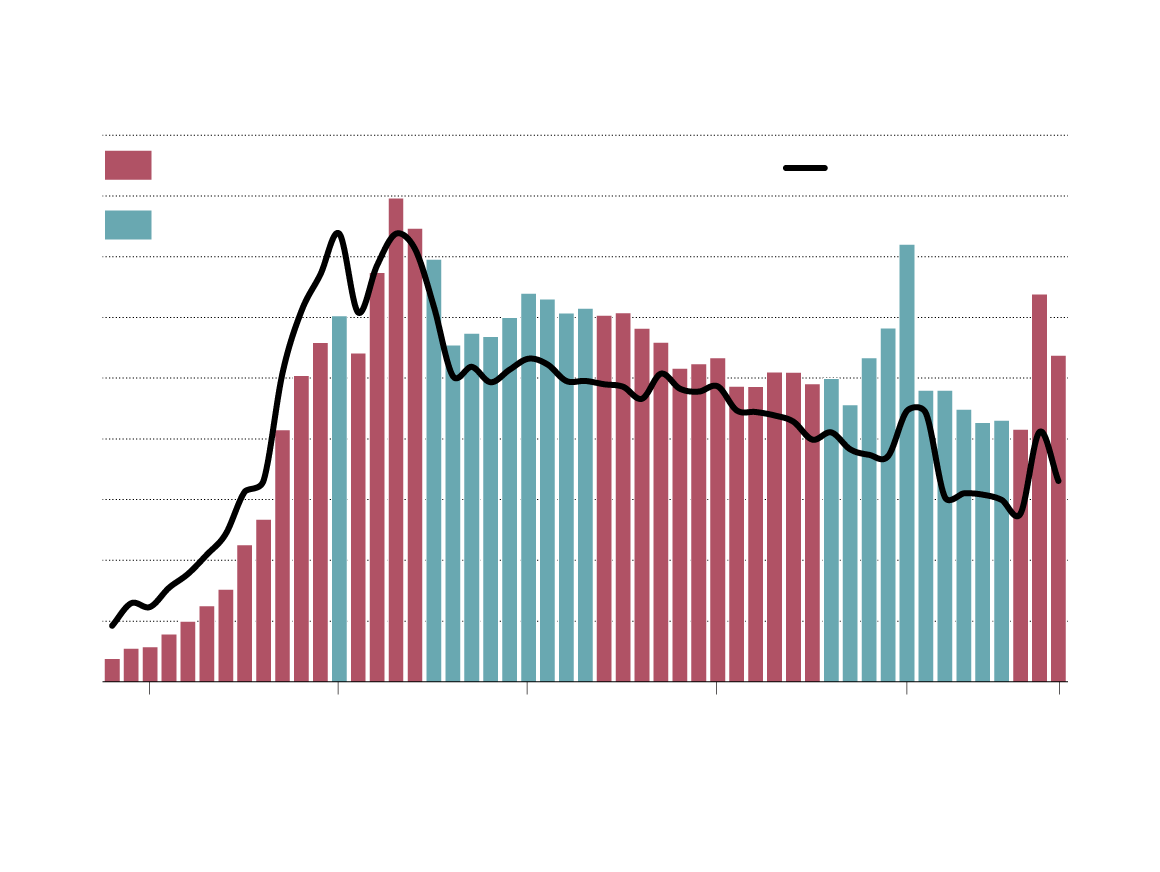 All expenditures have been adjusted for inflation using the Bank of Canada’s inflation calculator, says Prof. Hulchanski, who is the lead investigator of a seven-year partnership grant program on neighbourhood change in six Canadian cities.

Prof. Hulchanski also filtered out “legacy funding,” which had been locked-in under government commitments made over the decades, as part of various housing programs. For example, since the national housing subsidy programs began in the late 1940s, the federal government’s commitment to subsidy spending reached about $2-billion annually, when adjusted for inflation. This includes funding for the 600,000 social housing units that were built. In the mid 1990s, the federal government ended the social housing supply program, but subsidies continued for a couple of decades. All new governments inherited these funding commitments. Prof. Hulchanski says the new money for housing by the Trudeau government amounts to about $2-billion over three years, when the legacy funding of the past is removed.

As well, some of the new housing programs are contingent on cost-sharing agreements with the provinces, but the co-funding expenditures are presented as part of the new federal funding, he says. Another criticism is that is that almost all of the announced new $40-billion in federal and provincial housing grants and loans will arrive after the next federal election, although people are desperate for help now.

“A lot of what the Liberals are promising under the National Housing Strategy is a combination of spending and loans, but then they also ‘require’ shared provincial-federal spending for some of the future programs, so they also claim title to what the provinces will spend if they agree to it. So it’s apples and oranges all over the place,” Prof. Hulchanski says.

Anthony Kupferschmidt, executive director of the West End Seniors’ Network (WESN), is at the front-line of the affordability crisis. Senior’s groups cite housing as the biggest issue they face, and at least one-quarter of Vancouver’s homeless population is in the older age group. Seniors’ advocates believe the number is much higher than that because older people tend to be the “invisible” homeless, sleeping on friends’ couches and in their cars.

In the rental enclave of Vancouver’s West End, many seniors who had thought they were secure in their savings were pushed out of their long-term rentals due to skyrocketing rents. Mr. Kupferschmidt says his agency is stretched trying to help seniors find homes, food and other necessities. As to whether he’s seen an improvement since the NHS announcement, “the short answer is ‘no,’” he says.

“We haven’t seen a difference yet, but I’m hoping some things will be forthcoming,” Mr. Kupferschmidt says. “There wasn’t a particularly notable focus on seniors housing that came out of the federal housing announcements. That’s my perception, relative to the need.

“I would love to see some of that impact on the seniors’ housing sector, but that hasn’t happened.”

Due to demand, the WESN has launched a navigation service to help seniors find housing, with the help of the City of Vancouver. Although housing is not the group’s principal mandate, it had to offer the service because housing issues were so pressing. Mr. Kupferschmidt has been tracking the statistics on seniors’ living without adequate housing since June, 2015.

“It’s risen to the point that we had to launch the service,” he says. “It’s continuing to grow.”

Jill Atkey, chief executive officer for the BC Non-Profit Housing Association, says B.C. is the most in need of affordable housing and the non-profit sector is starving for dollars. However, she’s concerned B.C. won’t see its share of funding due to the bureaucracy and lack of co-ordination of the co-investment fund, which is the part of the NHS that targets non-profit housing and co-ops. So far, only two projects in B.C. have been approved under the program.

“Federal funding is crucial – we have a housing crisis in every corner of the province,” Ms. Atkey says. “The province can’t solve this by itself. They need a strong federal partner. But when you look at CMHC, they haven’t run an affordable housing program for 25 years. It’s a big machine to get up and running. They are very responsive and accepting of feedback, but we haven’t felt the impact of those investments on the ground yet.

“And I’m worried that we won’t see our share of federal dollars here in B.C., unless we can get the co-delivery piece coordinated between the province and the feds.”

“We knew that it was back-end loaded, so most of it is set to flow essentially after this next election, and in fact, the bulk of it really is set to flow after 2024,” Ms. Atkey says. “I would say where we’ve seen the most impact of those new dollars is really around research and better data collection, which is good, and that’s what we’ve been asking for.

“Where I do have some concerns is around how those investments are flowing to B.C., in particular. We know we have greater need than virtually anywhere else in the country and there is a real lack of coordination between B.C. and Canada.

“What I’d like to see is the federal funds handed over to B.C. in proportion to our need, and have the province roll those funds out, and I think we’d see much, much stronger impact.”

Hedy Fry, Liberal MP for Vancouver Centre, which includes the West End, says the government needs time to roll out the housing program and build on it each year. Dr. Fry was on hand at the announcement of the $1.3-million social housing renovation fund. She says Prof. Hulchanski fails to include other government initiatives that help with affordability, such as its recent announcement that it would commit to an increase of funds to municipalities for infrastructure, including transit.

“I’m glad in what we’ve been doing over the last four years. I’m sure you will see more things moving forward as we ramp up and to achieve better as we look back and say, ‘what happened this year? What is data telling us about housing? How many people are still in need? How many people couldn't take advantage of programs put in place, and what do we need to do? That is how things work.”

She says part of the problem is that not all provinces are co-operating with the co-investment fund.

“Again, one has to be able to have that money to spend and the ability to balance, to assess what has been used so far. Some provinces don’t want to work with us on it. Other provinces are digging their heels in, for political gamesmanship, harming their citizens. It’s all about politics, not about people. That’s why people are losing their trust in politicians. It’s time they say, ‘I don’t care what your political stripe is. …. That is something we are struggling with as a federal government. It’s not Justin having provinces on side – it’s Canadians having provinces on their side. You’re not beating up on Justin Trudeau and Liberal Party of Canada. You are beating up on your own people by denying them access.

“I’m pleased I live in a province where it’s easy to pick up a phone and talk to a minister in the provincial government and a mayor who wants to get on with it.”