A Calgary investor had purchased the acreage at a deep discount in 2015. They listed the property late last summer and the agent received an offer two weeks later which was accepted. Mr. Deacon believes that the buyer is U.S.-based. It was a complicated purchase, wit negotiations over numerous upgrades, and the deal finally closed on Feb. 26.

“It had 30 or 40 inquiries, which is rare for a $5-million property,” Mr. Deacon said. He also received a back-up offer, which is an ideal situation for a seller.

This 13-acre property includes a commercial winery, a special-event space, 1,000 feet of lake front and a five-bedroom, four-bathroom house, which had been rented out as an Airbnb guesthouse.

Listing agent Richard Deacon said the owners of Penticton, B.C.-based Evolve cellars had leased the property for several years and now another local winery has taken over.

Mr. Deacon said the real estate market in April was dead, but now he’s “working around the clock.”

People nearing retirement are driving the market, mostly coming from B.C.'s Lower Mainland and Alberta, seeking either primary or secondary homes in wine country, where their dollar goes further. And then there are international buyers leaving the urban areas.

“COVID has accelerated their decisions to purchase based on lifestyle.” 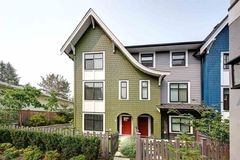 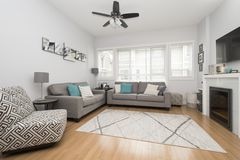 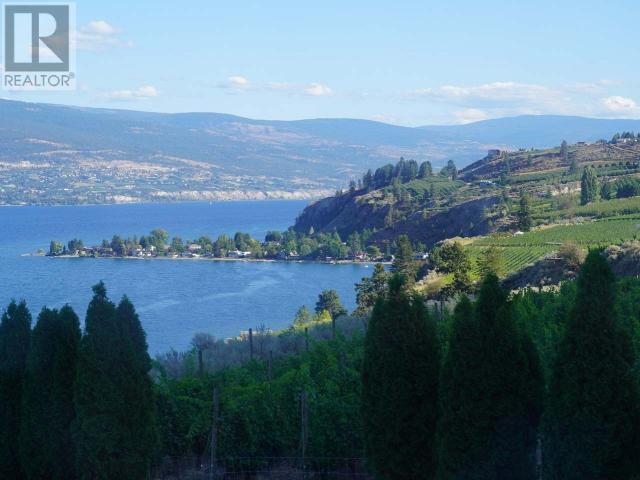 3499000.00
21606 BRIDGEMAN ROAD, Summerland, British Columbia
Royal Pacific Realty Corp.
Bedrooms
10
Bathrooms
6
Building Type
Freehold
Property Type
Single Family
Make sure you grasp this once-in-a-lifetime opportunity, at a recently reduced price, to own the spectacular Lake-Front Living & Winery Buisness! This rear property is a gem in beautiful Summerland, situated right by the Okanagan Lake. It has a panoramic view of the lake, towards the Vineyards & Orchards of Naramata & the wilderness of Okanagan Mountain Park. The property includes an 8-bedroom 6291 sq.ft. Lakeview Home. Most bedrooms feature full ensuite bathrooms, as well as stamped concrete balconies overlooking the lake. Fitted with several living/dining areas, 2 full size kitchens, a kitchenette, 4 gas fireplaces, 3 laundry rooms, this wonderful property is perfect for a large extended family, a group home or B&B! The other part of the property consists of a separate 2100 sqft building which houses a prosperous winery business by the buys highway. This rare property offers a wide variety of options whether for investment of for personal. Duplicate listing Commercial ~ 183444 (id:31729)
Listing ID 183445
Salesperson Paul Yip
Brokerage Royal Pacific Realty Corp.
View on realtor.ca
Open this photo in gallery: 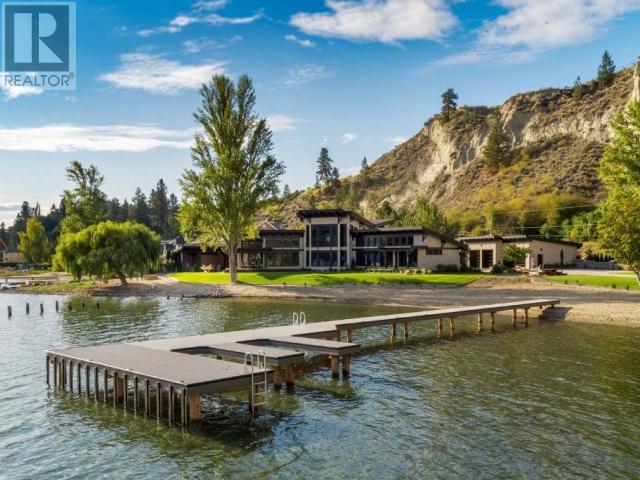 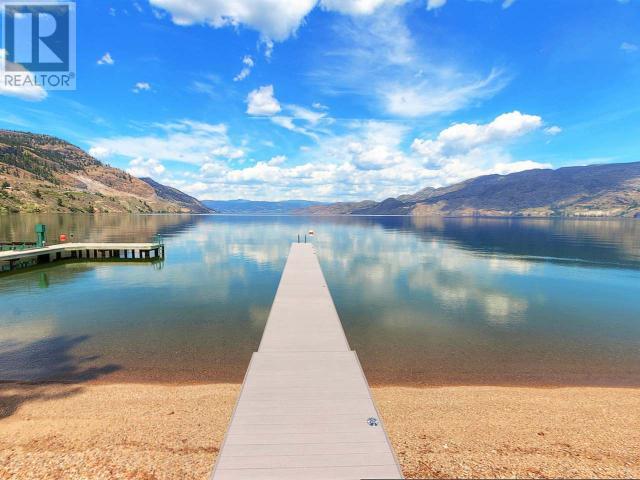 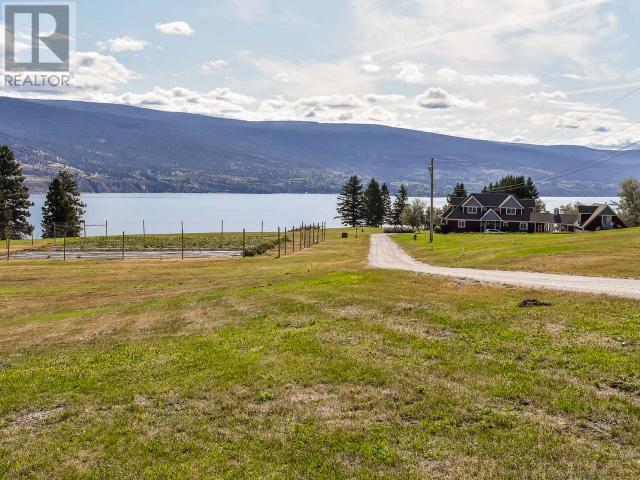 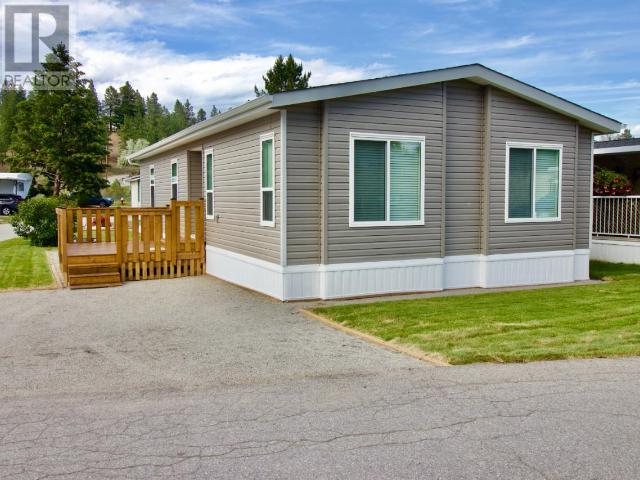 219000.00
34 - 8712 STEUART ST, Summerland, British Columbia
ROYAL LEPAGE LOCATIONS WEST
Bedrooms
2
Bathrooms
2
Building Type
Leasehold
Property Type
Single Family
If you are looking for something brand new you have found it!! This 2 bedroom 2 bath unit is located on a corner lot in Summerland Summokan Park nearby shopping, golf and a short jaunt to the beach. New appliances - new everything! 10 x 10 deck to enjoy your morning coffee or relax on. Ample parking. 55+, Pets on approval and no rentals. (id:31729)
Listing ID 182267
Salesperson DEBRA FORMO,*
Brokerage ROYAL LEPAGE LOCATIONS WEST
View on realtor.ca
Open this photo in gallery: 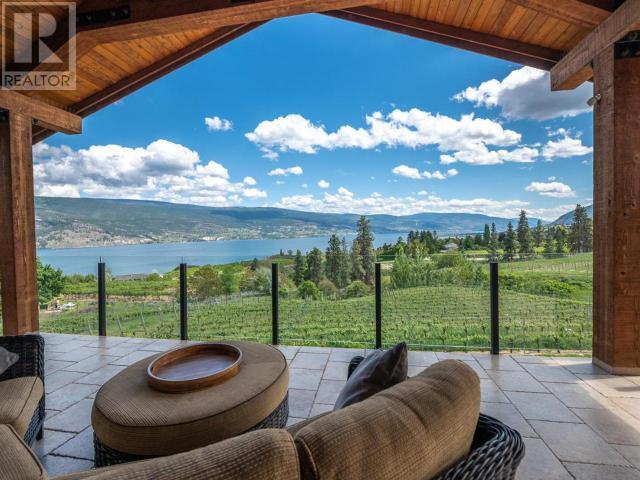 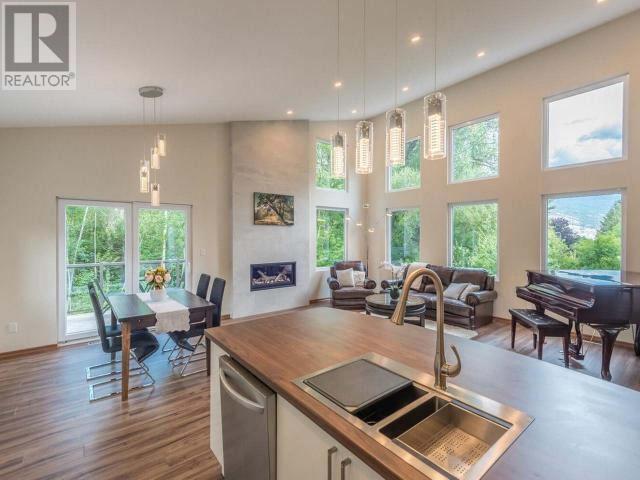 949000.00
15018 KATO ST, Summerland, British Columbia
RE/MAX PENTICTON REALTY
Bedrooms
4
Bathrooms
4
Building Type
Freehold
Property Type
Single Family
If you are looking for a home overlooking a forested bird sanctuary and minutes away from the beach, you have found your forever home. This custom built home is situated on desirable Kato Street. Up to 15 ft ceilings in the open concept kitchen, dining &living area. The living room is surrounded by windows and boasts a splendid floor to ceiling fireplace. The gourmet kitchen features a timeless design w/ stainless steel appliances, gas range, large island and corner pantry. Top of the line European craftsmanship- cabinets, windows & doors. Off the kitchen is the deck, where you can hear & see the birds in their natural habitat. Of the 4 bedrooms, two are master bedrooms with ensuites, one on the main and other upstairs. Lower walkout area has a large rec room w/ a bar, bathroom and access to the outdoors. A large 24x26 garage for all your toys. The perfect place to call home. (id:31729)
Listing ID 182598
Salesperson IRENE EATON
Brokerage RE/MAX PENTICTON REALTY
View on realtor.ca
Open this photo in gallery: 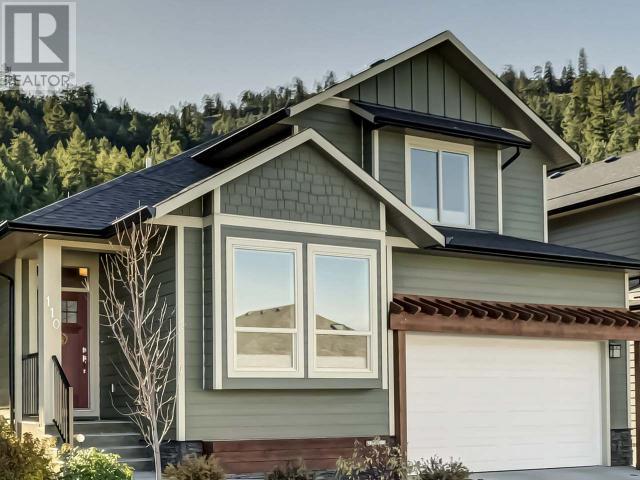 629900.00
110 - 14395 HERRON ROAD, Summerland, British Columbia
RE/MAX PENTICTON REALTY
Bedrooms
3
Bathrooms
3
Building Type
Freehold
Property Type
Single Family
Are you looking for one level living with room for your guests? This level entry rancher has a sought after open concept floorplan, with the master bedroom and laundry all on the main level. The upper floor is perfect for your guests, complete with a family room, large bedroom and a full bathroom. The kitchen has good quality stainless steel appliances, quartz counters, and a large centre island. Conveniently located off the great room you will have access to a covered patio and beautifully landscaped low maintenance backyard. The home has gas heat, central air, a gas fireplace, and an attached 2 car garage. Hiking trails and forest are at your door step while schools, shopping and downtown Summerland are only a few minutes down the road. (id:31729)
Listing ID 181233
Salesperson STEVE THOMPSON,*
Brokerage RE/MAX PENTICTON REALTY
View on realtor.ca
Open this photo in gallery: 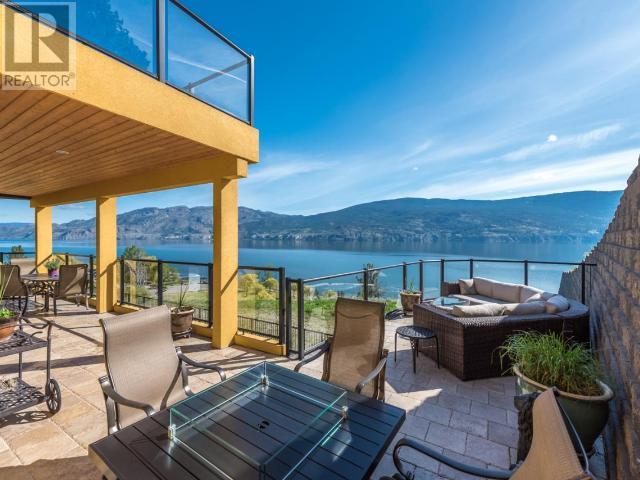 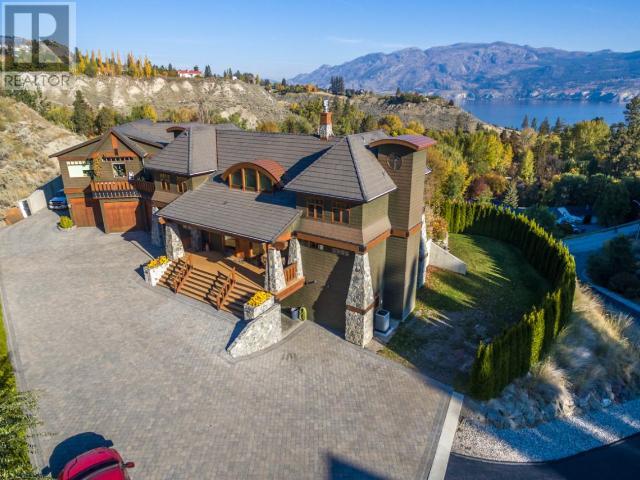 1750000.00
14405 LATIMER AVE, SUMMERLAND, British Columbia
RE/MAX PENTICTON REALTY - DT
Bedrooms
5
Bathrooms
6
Building Type
Freehold
Property Type
Single Family
Priced $222,000 below property assessment! Incredible one owner custom-built home in beautiful Summerland, BC. Absolutely stunning lake views from the large and private front deck. No expense has been spared in the construction of this spectacular home.. Designed by award winning architect Paul Nesbit, it is actually featured on his website. This 6300 + sq. ft home takes pride of ownership to a new level featuring a layout that is family friendly as well it has a legal 2-bedroom suite. Featuring high end s/s appliances, beautiful wood beams. soapstone countertops, outdoor natural gas heater reclaimed fir floors( refinished in March 2020), clear fir trim and doors and much more! Loads of parking with a huge 1500 sq. foot garage, an additional oversized single garage and ample outdoor parking on the paving stone driveway. The 950 sq. foot workshop is every man's dream with a convenient separate entrance or it could be made into two additional bedrooms if desired. Too much to list ple (id:31729)
Listing ID 182343
Salesperson BRIAN CUTLER
Brokerage RE/MAX PENTICTON REALTY - DT
View on realtor.ca