A year ago, expectations were high that the Vancouver area market was in for a major correction. The provincial taxes aimed at cooling speculation had gone into effect and interest rates were expected to climb.

That forecasting now looks hyperbolic, particularly on the east side of Vancouver, where the condo and detached house markets are ticking along. Interest rates did not increase as expected and buyers have adjusted to new rules, including the stress test bar that was set in 2018. Under that rule, borrower’s finances are tested using a higher mortgage rate, to ensure they can handle it if the rates were to rise.

It’s no longer the kind of market where a buyer would attend a weekend open house and be expected to make an offer the following Tuesday, free of conditions. But the fall market has picked up and established realtors say they are having their busiest year ever, regardless of new rules and a slower buying pace. Now that the market isn’t fuelled by the fear-of-missing-out frenzy, buyers get to put conditions on their offers and take a bit of time with their decision. Agents say the atmosphere is calmer and healthier, with properties selling either over asking or below asking and generally taking a few weeks to sell.

The Real Estate Board of Greater Vancouver (REBGV) reported that September sales were 46.3 per cent higher than those a year ago in the same month. The board includes Whistler, Squamish and the Sunshine Coast. The Multiple Listing Service benchmark price for all residential properties was down about seven per cent from September, 2018 prices. Detached houses in the region are at $1.4-million and condos are $651,500. The president of the board, Ashley Smith, said in the report that buyers are more willing to make offers than they were a year ago, particularly in townhouse and apartment markets.

Mr. Benna says the significant discounts from last year’s prices are finally inspiring people to buy. He cites a one-bedroom condo in a co-op building in Kerrisdale currently on the market for $379,000. Last year, he says, that same unit would have been listed for around $450,000. He has a listing for a seven bedroom, six bathroom, 8,697-square-foot mansion in Shaughnessy at 3690 Selkirk St. where the asking price has dropped from $21-million to $15.9-million.

Last weekend he held an open house for a “Vancouver Special” off Fraser Street, listed for $1,599,000. More than 125 people came through in one day.

“In the early part of the year we had a strong buyer’s market across the board and then starting in July or August we started to see a bit of a change, getting more calls on listings, more piles of shoes at the open houses. We are seeing preoffer inspections again, so competing offers are happening more and more regularly. I’ve seen a lot more action.

“We saw some pretty deep discounting on homes earlier in the year and things that looked like real opportunities – I’m surprised that [buyers] didn’t wade in sooner.

“I know anecdotes aren’t data, but I can say this will be one of my better years for sure.”

After eight years in the business, Mary Cleaver has also had her best year ever. Last year, her office helped a lot of sellers who were moving to other cities, such as Edmonton, Calgary or Victoria. This year, the sellers are staying in the Vancouver market, which has become more affordable for those who’ve already grown equity. Ms. Cleaver and her husband are an example of that demographic, moving from a townhouse to a small 1950s bungalow that they renovated. Ms. Cleaver says her business is strong because she’s helped clients both sell and buy back in.

“The market has calmed down and made it a really good time to move from a townhouse or a condo to a house or a duplex and so most of our transactions this year have been two sales rather than just one, which makes a big difference.

In terms of price, a good-looking, nicely renovated, desirable east side house is holding strong, dipping maybe five per cent, and teardowns a little more, Ms. Cleaver says. In some cases, houses around Main Street or in the Grandview area (near Commercial Drive) are selling for west side Kitsilano prices. For example, a contemporary two-storey house a few blocks from Commercial Drive on a 33-foot-by-122-foot lot at 2078 E. 7th Ave. was listed at $2.699-million. It sold for $2.688-million after one month on the market. The assessed value is $2.027-million. A large character house at 237 E. 20th Ave., built in 1905, on a 50-foot-by-122-foot lot near Main Street, was listed at $2.798-million and sold for $2.825-million after receiving four offers. The assessed value is $2.659-million.

The east side detached house market overall is considered a balanced one, with 18 per cent of listed detached houses sold in September. Houses sold on average seven per cent below the list price. The majority sold in the $1-million to $1.75-million range, although there were several that sold for more than $2-million, according to realtor data service SnapStats. The most active price band was $1-million to $1.25-million bracket, with an average sales ratio of 52 per cent, making that segment a seller’s market.

Realtor Cheryl Davie says the market cooled at the end of last year as a result of the new mortgage rules and an expected interest rate hike. But she too, a 10-year veteran realtor, is having a record year.

“But we are seeing really busy sales through the third quarter,” Ms. Davie says. “For me, it’s been absolutely non stop – this will be my busiest year ever.

“It’s been really good that we’ve been able to have a soft landing … because we can all agree that the [previous] market was unsustainable.” People who have owned a condo or townhouse for several years have likely accumulated significant equity, making the move to a house “almost a lateral move, depending on the product,” Ms. Davie says.

She says a healthy aspect of the current market is that most offers have conditions on them, including offers subject to inspection.

“It’s not so much the frantic pace we were experiencing from 2014 through 2017,” Ms. Davie says. “In the latter half of 2014 or 2015, the market was skyrocketing. I [presented an offer] on one place that had 32 offers. In those instances, the only way you are going to win as a buyer is to be subject free.”

That’s not to say the current market has made a house affordable for most, Ms. Cleaver adds.

“It’s not a fire sale – not everybody can jump in yet,” she says. “We are still Vancouver, and very expensive. But an original condition bungalow built well with big fir timbers can be bought at a price that’s less than before. There is a little bit more possibility for people with imagination and the ability to do some cosmetic renos.”

All housing is political: Author makes the case for democratizing where we live
Subscriber content
September 12, 2018 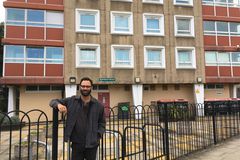