She was the only councillor to vote to reverse the new bylaw amendment in the new council’s first meeting, on the grounds that the previous council had rushed it through without proper public consultation. There was significant opposition at public hearings in September, but the Vision Vancouver-dominated council voted to pass the rezoning – a month before the civic election. There are no longer any Vision members on the council.

At a recent media briefing, the newly inaugurated Mayor Kennedy Stewart said he felt the city should move ahead with the new rezoning, but he wished that the previous council hadn’t made the decision when it did.

“It’s mission-critical to get down to the hyperlocal neighbourhood level, instead of taking this top down, one-size-fits all approach,” the newly elected councillor says.

What makes the reversal of the blanket rezoning an issue for her is that the new council also voted unanimously to embark on Vancouver’s first citywide plan in nearly a century. But if there’s to be true public consultation, the review of duplex rezoning in single-family zones should be part of that, she argues. She’s asking: If the majority of the city is rezoned, what’s left to plan?

She’s also concerned that without proper policies in place, the blanket rezoning could trigger more speculation, followed by displacement. Lower-income neighbourhoods would be most vulnerable. She says she’s not against duplexes or added density in detached-house neighbourhoods. Ms. Hardwick says she has plans to convert her own Kitsilano home into a triplex, in order to help her grown children obtain housing. But she wants resident input over the way residential areas are developed.

“The way they are looking at it is strictly as a commodity, not people’s homes. There is a history here, communities here that have developed. Let the people work with their neighbours, instead of some land speculator buying properties to do land assemblies and build stuff people can’t afford to live in. … It’s trying to enable people within their communities to develop it themselves, and that flies in the face of the real estate development industry and speculators who want to do land assemblies and build to ‘highest and best use.’

City staff are going to report back to council on Dec. 18, on the costs of holding another public hearing on duplex zoning, and the time it would take away from working on the new citywide plan. At that meeting, council could send the matter back to public hearing.

Collin van Uchelen is a community psychologist and early proponent of collective housing – an organized network of shared rental houses and apartments around the city. The Vancouver Collective Houses Network offers opportunities for people to share rent and living expenses, and to help each other. Mr. van Uchelen spoke at the Vancouver Public Library’s Plan for Change panel discussion last week, about the proposed citywide plan, the first since the Bartholomew Plan of 1929. He says the drive for new housing needs to be tempered with a discussion about residents, and how they are already using existing housing. The “invisible affordability” of detached houses and the social networks that exist should be part of the citywide plan, he says. It concerns him that people are living in isolation.

“I don’t see much connection being made between the disintegration of people’s neighbourhoods and social disconnection,” he said in a phone interview. “That’s one of the things I’ve been observing for years, and it’s kind of frustrating. I’m not sure how we can have these two parallel things and [not realize] that one is having an impact on the other.

“I think looking more at how these single-family houses are being used, and the ‘invisible affordability’ (single family homes that provide rental housing), I think that would be so important, and a lovely thing to really focus in on. You could have an eye toward creating policy that wouldn’t hamper it.”

The city’s new plan for more duplexes is born out of the controversial idea that more supply soon leads to more affordable housing. The city saw significant density added along the Cambie Corridor, which had previously been detached houses. That new supply of housing turned into luxury units, many of them purchased by investors, says Paul Warwick, senior project manager of Performance Construction, a well-known company that has built multifamily housing along Cambie.

“Cambie Corridor is all about people investing money and holding,” he said in a recent interview. “You drive down Cambie and look at the finished buildings there, and about a quarter of the buildings are occupied. The rest of them are empty. I could go on about that, but we are building buildings to sit empty. It’s stupid. You look at it and go, ‘What are we doing this for?' You read in the press that there’s not enough supply – that’s crazy. We are building more than we ever built. But a great amount of what we are building is being sidelined as an investment and people are playing the stock market. We have eight projects going right now. We are at full capacity. Supply? Not at all. It’s too much speculation. That’s my opinion.”

Erin Reeves is fighting to keep people in their communities. She’s also fighting the prevailing belief that more market housing is the solution.

She is project co-ordinator for a San Francisco non-profit called YAH! Bay Area, an acronym for Yes to Affordable Housing. The Bay Area and the Lower Mainland have a lot in common in that both regions suffer from an affordability crisis due to escalating property values, speculative buying and flipping, short-term rentals replacing long-term tenants, rent increases, and empty homes. She says that the impact of increased market housing is different in a pricey, suburban neighbourhood than it is in the low-income urban area prone to gentrification. They need to be treated differently.

“There’s just a lack of understanding of housing as a justice issue,” Ms. Reeves says. “I think one thing that we have struggled with in San Francisco is … a lot of the argument here is if you deregulate and you build anything and everything, that that is actually a means to stop displacement. And that ‘progressives’ who’ve been trying to stabilize communities and fight for more affordable housing are undermining affordability and really are the cause of the problem. That’s the narrative that we face here, which has been really destructive, in my opinion.

“One of our main focuses is really on trying to change the narrative around housing. Because that perspective is radical, to say the way we operate right now, seeing housing as a commodity, is not working for people – not just cities, but across the country. It’s going to take that shift in understanding for any kind of policy change to really happen.”

On the surface, her city seems to be working better at identifying impacts of for-profit development. San Francisco’s Mayor’s Office of Housing and Community Development did a nuanced 2015 study on regional data on housing with UC Berkeley, to look at gentrification and displacement, where it is happening, and where it could happen.

One finding in the report was that "there is no clear relationship or correlation between building new housing and keeping housing affordable in a particular neighbourhood.”

The report found that displacement of residents decreases with a weak housing market, a sizable and stable subsidized housing stock, tenant protections, strong community organizations and restrictive zoning policy. Market housing plays a role, but subsidized housing, the report said, will have a far greater impact.

Ms. Hardwick points out that a lot of so-called “single-family” homes in Vancouver are carved up into multiple units or housing for more than one generation, providing affordable homes that would be vulnerable to redevelopment if rezoned. Earlier this year, urban planner and Simon Fraser city program director Andy Yan analyzed census data and determined that 24 per cent of all renter households are living in “single-family” home areas. He then coined the term “invisible affordability.”

Mr. van Uchelen says residents would benefit if they looked at what is already working for people, and at the value of existing affordable housing, as they undertake a new citywide plan.

“How about if we cherish what’s working well when it comes to development or policy or being forward-thinking, and we don’t bulldoze it away and try to plan something completely different?” 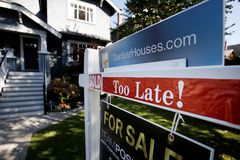 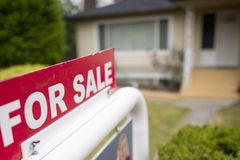