Duplexes might not seem like the most revolutionary form of alternative housing. It’s just two homes on a lot, after all, instead of one – all still in one building.

But they are a small step that a cluster of cities around North America are experimenting with as one limited way to provide a slightly cheaper form of housing than the increasingly out-of-reach detached-house estate.

And it’s a step that is provoking a huge amount of angst from residents who fear it will lead to wholesale demolition of their traditional neighbourhoods, loss of green space, parking chaos and, although no one likes to say it too openly, the arrival of a new kind of resident – the kind that can only afford a duplex.

Vancouver is one of the earliest adopters, after having voted on an initiative three weeks ago to allow duplexes in almost every part of the city that is now zoned for detached houses only. (Duplexes are allowed already in the city’s inner ring of older neighbourhoods.)

Last week, Minneapolis, Minn., voted to allow duplexes and triplexes in most detached-house neighbourhoods, although the council, facing opposition, backed away from the original proposal to allow everything up to fourplexes.

And city councillors in Portland, Ore., agreed a couple of years ago to start reallowing duplexes and triplexes into its detached-house neighbourhoods, although negotiation over the details is still grinding on.

But none of it is happening easily or quickly.

The uproar over allowing duplexes in Vancouver resulted in 70 people appearing at city council during two long days of public hearings.

Although many people in their 20s and 30s showed up to argue passionately in favour of anything that would allow more housing in a city they feel shut out of, many others were horrified by the move.

“It will destroy what makes Vancouver such a green and charming city,” Hilary Reid said when it was her turn at the podium.

Another, Joan Bunn, said the duplexes that would get built would be so expensive that no young person could afford them anyway.

The dramatic responses were perplexing to some because Vancouver has allowed builders to construct a house with both a basement suite and a laneway house on any lot in the city for the past decade.

And, last January, in an effort to preserve the city’s diminishing stock of pre-1940s houses, it offered owners of those houses an extra bonus – they could get permission to build even bigger laneways or additions onto those older houses if they retained them instead of tearing them down.

That “character-home retention” initiative meant that owners could have as much as 3,400 square feet of housing, in two buildings, on a standard city lot of 33 feet by 122 feet.

The city’s new duplex zoning will only allow a builder to put 2,800 square feet on the same lot, which is the same size of any new house that can be built already. (Laneway houses won’t be allowed on lots with duplexes, although basement suites will be as part of the allowed space.)

The difference is, though, that there can now be two owners on that piece of property, through a strata arrangement, unlike the previous system that was based on having a single homeowner. Most Vancouver owners now aren’t allowed to subdivide their lots and sell the laneway house, so it remains as a rental, as does the basement suite.

That’s the game-changer, say those who worry about the impact of the new zoning.

“The main thing the city is adding that’s new is the strata. That’s a big shift in the economics,” said Elizabeth Murphy, a landlord and former property development officer with the city who has become a vocal opponent of many of the city’s recent efforts to change housing rules.

She believes builders and homeowners will jump at the chance to build something that can be sold to two sets of owners, rather than the more expensive single-family house that is rarely available for less than $2-million in the city.

But many builders and realtors in Vancouver say they’re not sure the economics will be that attractive because the city’s land prices are still so high.

They say that, because the city’s new zoning limits the amount of built space so much, the two duplexes won’t be big enough, at 1,400 square feet on each side, to command top prices. That means well-off households will still be able to compete to get a full lot to themselves when they buy.

Jake Fry, who has specialized in laneway houses since they were first allowed, said that, although he supports Vancouver’s move to allow duplexes, they likely will mostly be chosen by families looking for workable arrangements with someone they know rather than developers looking to make a big profit.

An older couple with an existing house could demolish it, build the duplexes and sell one of them to one of their adult children, for example.

A couple of experienced duplex builders in the city, who now work in the inner-city neighbourhoods where they are allowed, said they won’t be rushing to capitalize on the new zoning.

“A half-duplex is still a stretch for lots of people,” said Farhan Chatur of Mizan Developers Ltd. “It will still be $1.4-[million] or $1.5-million. That’s big coin.”

What both he and Mr. Fry are interested in, instead, is going beyond duplexes to try to create something more affordable. Mr. Chatur’s company is currently building four units on a single lot near the city’s hip Commercial Drive.

“Fourplexes, that’s where things are moving,” he said.

Mr. Fry said he is working on a concept for the city that would allow four to six units on a single lot, with one of the units sold at a price affordable to a household with only $80,000 a year in income. That unit would be subsidized by the others and the city, or a non-profit, would hold part of the mortgage in a shared-equity arrangement, to ensure that the home always stayed affordable.

But that kind of arrangement appears to be a long way off, given the backlash over the duplex zoning.

However, those who study urban housing trends say the change is coming.

People who grew up with detached housing as a standard are fearful about what it will mean when that’s not the dominant form any more, says Jake Wegmann, an urban-planning professor at the University of Texas in Austin.

But he said that change is happening, whether people like it or not, because of the way wealth, inequality and shifting demographics are reshaping cities.

“In a lot of cities, we already have a frenzy of teardowns,” said Prof. Wegmann, who is working on a book about the phenomenon of cities trying to shift to denser patterns. “But it’s just getting one house replaced with one house, so there’s no net gain. So the question isn’t, ‘Do we want teardowns or not?,’ given that we’re getting them anyway.

He said that, although Vancouver is a pioneer as a result of the extreme pressure it has faced on its land, others will be following.

“The list of cities where that dynamic is under way is expanding. Vancouver is in the forefront of so many trends in planning. I think there’s going to be a wave of cities following, but it will be contentious for the next 10 to 15 years.” 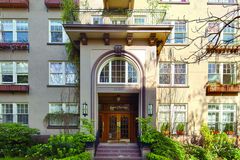