Vancouver City Council’s recent decision to reject the rezoning application for rental townhouses in tony Shaughnessy has sparked a debate about whether building more upscale market housing will correct the city’s affordability problem.

The 21-unit, 31/2-storey proposal at 4575 Granville St. generated controversy because it was next door to a hospice for terminally ill patients and might have meant temporary closure for the health care facility. But also at issue were the estimated rents for the future town homes, at about $2,000 for a one bedroom and $3,700 for a three-bedroom unit – far from affordable. In 2015, the median household income for renters was $50,250, according to the City’s Housing Vancouver Data Book.

Seven city councillors voted against the project, with four voting in favour, including Mayor Kennedy Stewart. Mr. Stewart wrote an opinion piece in the Toronto Star in which he said that market rate rentals, even at the high end, contribute to affordable housing.

“When we say yes to market rental housing, something important happens. People move into new purpose-built rentals, pressure eases on the older stock they move out of and it gets a little easier for lower-income renters to remain in the neighbourhoods they know and love. This is how we reverse the trend of people being pushed out of Vancouver,” he wrote.

Other Vancouver pundits support his position. Former city councillor Gordon Price was outraged at council’s rejection of the townhouse project, writing in his popular Price Tags blog: “ … the most important message coming out of council, whether deliberate or not, is this: ‘No matter what we as councillors say, no matter what policies we pass, no matter what support you get from staff, no matter how great the need we acknowledge, none of that really matters. If enough of the residents complain, we will protect the status quo.’"

He added: “The message is devastating for developers who believed council was sincere in wanting to encourage secure market-rental projects and more choice of housing in existing neighbourhoods.”

Mr. Stewart and Mr. Price’s arguments echo the idea of “filter-down housing,” or “trickle-down housing,” a process in which higher income groups move into new housing and lower income groups are left with the older housing stock that is freed up. In this way, proponents of filtering say development of high-end housing contributes to more affordable housing. However, many housing experts do not believe the idea is workable in a hot market such as Vancouver. They argue that more pricey housing can exacerbate the problem.

University of B.C. professor Patrick Condon has long argued against the idea of filtering, because the cost of housing is based on the cost of land.

“Adding new expensive rental units in high-density projects does not cheapen rents generally, but merely inflates land prices to the point that only high-end rental units ‘pencil out,’" or generate profit. “In this way, adding new high-end rentals just adds fuel to the land-price dumpster fire, making the market less and less capable of supplying rental units for the middle class … only land speculators benefit.”

Long-time housing activist Wendy Pedersen says that trickle-down housing doesn’t work because when a low-to-moderate-income person leaves their rental, the landlord immediately raises the rent for the next person. It’s routine in Vancouver that when renters vacate, the rents go up.

In a 2006 paper on filtering in Canada, Andrejs Skaburskis found that filtering is too slow a process and has “too small an effect to be a part of a government strategy for reducing the housing burdens of low-income people. Filtering is not helping lower-income households.”

Instead, as cities gentrify, landlords are encouraged to renovate and replace older buildings. That process causes renovictions and displacement.

“Much has been made of the efficacy of the filtering process by market advocates who want the governments to stay out of the housing business,” wrote Prof. Skaburskis, who taught land economics and housing policy at the School of Urban and Regional Planning at Queen’s University.

Instead of allowing more high-priced rentals, Ms. Pedersen advocates for the development of permanently affordable housing. If the townhouse project at 4575 Granville St. had been affordable for low-income people, she says she’d have supported it.

“How do we get a billion dollars a year of low-income housing in our city built—that’s the question to answer,” Ms. Pedersen says. “But the solution being proposed, to build $3,700 a month units in Shaughnessy, is not how we are going to do it.”

She also doesn’t see pricey housing units as a panacea because anyone paying $2,000 a month isn’t necessarily going to jump into a $3,700 a month unit simply because they can afford it.

“The other problem with the argument is that I don’t believe we are dealing with a restricted number of people in Vancouver. We are a global market. So if we create high-end rentals we will attract people from elsewhere who can afford those high-end rentals and we’ll still be stuck with a lack of supply at the bottom end.”

Ms. Pedersen is an advocate for “disciplining the market,” or cooling it off, with vacancy control, which links rent control to the unit rather than the tenant. Current legislation does not allow a landlord to raise a renter’s rent more 2.5 per cent per year. But once the renter leaves, the rent can go as high as the market permits. With vacancy control, the rent is capped on the unit.

Prof. Condon says the city could exert control over the market by only allowing density increases that offer substantial social benefit in exchange, such as permanently affordable housing granted to non-profits. That social benefit would then have to be factored into their profit calculations.

“This would reduce the price developers would be willing to pay for the land – that is how to discipline the market,” he says.

San Francisco is a city besieged by a similar level of unaffordability. That city has a vocal affordable housing advocacy movement that has pushed for creative solutions. The 40-year-old Council of Community Housing Organizations (CCHO) staffs a coalition of 24 non-profit housing groups that build affordable housing and provide housing services. They are advocates for initiatives such as creating affordable infill housing for teachers on school district properties and giving qualified non-profits first right of offer and first right of refusal on sales of privately owned multiunit buildings. The city recently approved the Community Opportunity to Purchase Act (COPA), which goes into effect in the fall.

“The city is putting together the regulatory details and we are really hopeful that that is going to be effective in starting to shift some of the challenge we have in dealing with commodified housing stock, to have some leverage to force them to sell to non-profits, assuming the money is in place,” says CCHO executive director Peter Cohen, who is an urban geographer.

“We don’t see the need to continue to build more and more high-end housing to somehow rationalize that it’s addressing our affordable housing needs. It’s not. It doesn’t filter,” he says. “You are just throwing your arms up in the air and hoping and praying the market will solve it for everybody."

His organization is not against high-end housing, he says. It has its place.

“We recognize it has a role, but it’s a pretty narrow role. For those of us in the affordability movement, we ask, ‘How do we get housing for our needs and who’s being served?’ And not just ask, ‘Is stuff being built?’" Mr. Cohen says.

“Meanwhile, the city is changing, a lot of needs aren’t being met and we are quietly saying goodbye to a lot of communities. And I don’t think for a lot of us that that’s right. We need to struggle a lot harder to find an appropriate balance.” 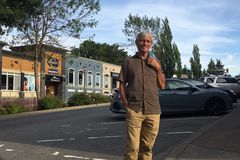 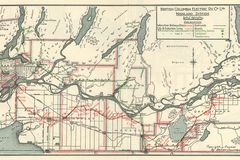