New Zealand's new coalition government made a surprising announcement this week – that it would ban non-residents from buying existing properties.

Meanwhile, in Vancouver, we got another round of numbers that attest to the yawning gap between incomes and housing costs. A new batch of 2016 census data showed that the median-housing-value-to-median-total-household-income ratio in Metro Vancouver is at now at 11, the highest in the country.

That ratio means that the typical Vancouver resident needs 11 times his or her income to purchase the typical home. The national average is a far healthier 4.9. The Victoria region is getting the spillover of the Vancouver market, with a ratio of 8.4, second highest in the country. Metro Toronto's ratio is 8.3 and its spillover market, Hamilton, is at 5.6. (Analyst Andy Yan, adjunct urban studies professor at Simon Fraser University, supplied the ratios.)

"Vancouver is quite clearly the outlier," says Josh Gordon, assistant professor at Simon Fraser's School of Public Policy, who has written on Vancouver's affordability crisis.

He was not surprised by the new data. Vancouver area residents are desensitized to such numbers by now. We're well aware that our static incomes do not match up with stratospheric home prices. Like several other gateway cities, the only explanation for our level of unaffordability is that money earned elsewhere is driving housing values. In Vancouver's case, the wealth is largely earned in China. And considering that an estimated 58,000 homes are left empty across the region, we know that speculative buying is at play, and is also fuelling prices. There are those who continue to argue that a shortage of supply is the root of the problem, but the numbers don't back that argument, says Prof. Gordon.

"There is no evidence to support the idea that the crisis has to do with a slowdown in building," he says. "The crisis is very clearly a product of a surge in demand."

Canadian housing experts may not embrace a ban on non-resident property buying, but they mostly agree that the gesture speaks loudly to residents experiencing frenetic growth. In Canada, all levels of government, particularly in cities like Vancouver and Toronto, should take heed. Housing is a top priority for the electorate, and there are signs of a growing impatience in B.C. that unaffordability has not been meaningfully addressed. So far, the NDP-led government has said that it will reveal a strategy with the budget in February.

"I think there are better ways to address the impact of foreign capital than a full ban," says Prof. Gordon. "But nevertheless, as a policy statement that says homes are going to be used for housing and not investment, certainly that will resonate in the contemporary discourse.

"There is clearly frustration and anxiety with the delay in action, and a concern that the NDP won't follow through," he adds. "And making people wait until February to see any substantive action is not a good course for this government to take, in my view. They should be sending clearer signals through a range of policy stances that they are going to address speculation and demand-side pressures."

Adam Olsen, housing critic for the BC Green Party and MLA for Saanich, says housing is a constant priority for the Greens during question period. But he says government should proceed with caution. A ban would be extreme.

"We are very much encouraging our current government to take a measured and proactive approach – but a measured approach – to ensure that that we can start to let some air out of the bubble, for lack of a better term.

"There are a number of ways we could do it right. We could do it through a foreign buyer tax, or go as aggressive as what New Zealand did, with a ban, and we could connect it to income tax.

The New Zealand government was responding to an affordability crisis like our own, with the city of Auckland seeing its average house price hit more than $1-million last year.

On social media at least, there is a growing mood of impatience for government to take action, of some kind. If Twitter is a gauge, there is a disappointment that the new government hasn't yet offered up a game plan on the affordability crisis.

As Prof. Gordon puts it: "The NDP campaigned on the promise of affordability and they shouldn't forget that. That was clearly part of the campaign in New Zealand, and that party has clearly and quickly taken action on that."

Mr. Olsen says he doesn't look at Twitter, but he is aware of the frustration.

"I am hearing that and in many cases, I support it. We need to get from solid sound bites to solid plans and solid action pretty quickly."

He also knows that the more time people wait for a plan, the higher expectations are going to get.

"It's taken a long time for government to take action on housing affordability issues, and in that time the issues have been compounding. On the other side of it, we have a new government that has to be able to get in there and tear the drywall off the wall and see what kind of mould and rot are there.

"We've been pushing them, asking them to be accountable to the commitments they've made, and we'll continue to do that," he adds. "People are frustrated that it hasn't moved quickly enough, and [government] could have jumped right out and done something as was done in New Zealand, that is for sure. I think they are setting themselves up for some very, very big expectations.

"Could they have taken more courageous action and tinkered with some other things? Yes … and the longer you say, 'We are going to do a plan,' the more spectacular the expectations will be of that plan."

Restricting foreign property buying is nothing new. Countries around the world have long had similar policies. Countries such as China, Singapore, Australia, Mexico and Denmark have varying digress of restrictions on foreign real estate buying.

Leilani Farha, the United Nations Special Rapporteur on Adequate Housing, based in Ottawa, is planning to visit New Zealand to review the housing situation there. Ms. Farha's job is to go around the world and study living conditions, on the basis that housing is a human right. She doesn't think New Zealand's ban on foreign buying is a fit for Canada.

"Initially, you want to applaud the boldness and say, 'Go for it,' but when you start really looking at it, is it going to make a big enough difference? Is it good policy? Do you want to have a protectionist policy of that nature?"

As well, there are ways around the ban, she says.

"In Vancouver for example, there are permanent residents, such as students, who are not in fact "foreign," but people whose parents might be wealthy and would buy a property, and the parents may not live in Canada or be resident or Canadian. Where do they fall in?

"It's kind of a divisive policy. And there are always ways around these things. If I knew that [the New Zealand ban] was part of some package, a whole, fulsome approach to dealing with unaffordability issues, I might feel a little differently."

Ralph Fox, owner of a brokerage that specializes in downtown Toronto, agrees that a ban doesn't address the true path of foreign money.

"It's not someone coming in from China who doesn't speak the language walking into a show room or a real estate office and starting to write cheques," says Mr. Fox. "The real way our real estate markets are being affected by foreign money out of China is it's coming to family members and trusted individuals living in Canada who are Canadian citizens with social insurance numbers and bank accounts, who are able to get mortgages at 20 per cent down.

"There is a much more indirect way it's influencing our market, and there's no real data because it's very hard to track." 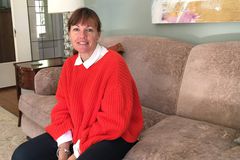 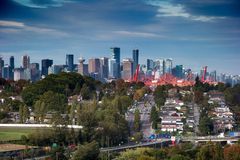