Vancouverites have become inured to house demolitions by now, but real estate agent Lori Rowe, who sees the action of the hot property market up close, was still shocked when she saw her and her husband’s 14-year-old former home get bulldozed just prior to the holidays.

“It was really beautiful, a high-end house,” Ms. Rowe says. “It is incredibly sad. It feels wrong in so many ways to destroy a house like that. It wasn’t like it was old and decrepit.” 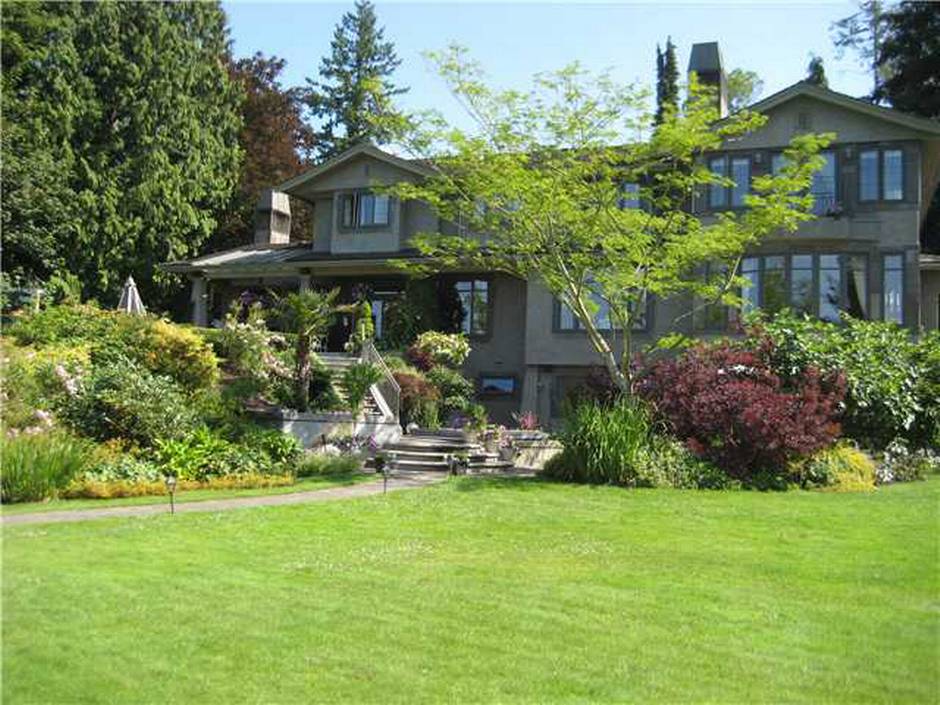 Her husband had overseen the building of the 8,700-square-foot mansion at 2606 S.W. Marine Dr. in 1998, which included coffered ceilings, wainscoting, cherry wood floors, stone fireplaces and wine cellar.

Ms. Rowe says they’d sold the house in 2011 for $6.35-million to an offshore purchaser. That purchaser resold the home in April, 2013, for $8.88-million, which was $1-million below their asking price. That’s a pretty good return: $2.5-million in only two years. Once it sold, the house then sat empty long enough to make the long list of empty Vancouver houses on the blog Beautiful Empty Homes. On the upside, the owners did hire salvage companies to strip the house, which helped them save money on the demolition. 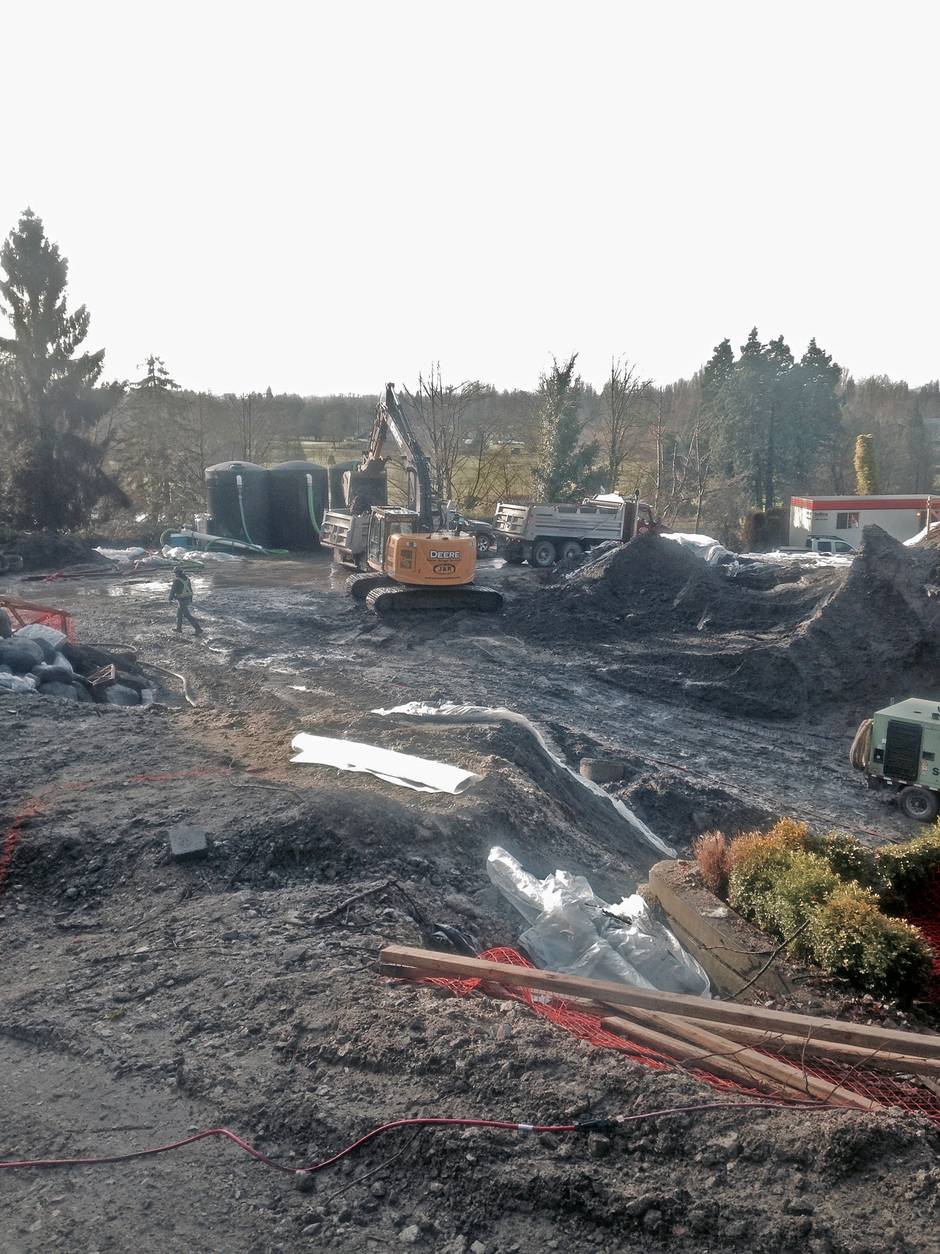 A luxury home built in 1998 once sat on this site. It was sold in 2013 to one of China's biggest property developers for $8.8 million and demolished in 2015. (Kerry Gold for the Globe and Mail)

They are now building a 14,000-square-foot contemporary house that will emphasize privacy, according to Bryan Reid, vice-president of Kindred Construction, which was hired by a third party to build the house.

“They wanted to make sure they weren’t overtly wasteful. Green is the wrong term, but they tried to get everything reused, and it saved them a few dollars as well.

“Most people would have just nuked it.”

In the past couple of years, the market has been moving at warp speed, with property values climbing around 20 per cent or 30 per cent a year. And big is best in Vancouver, particularly in a speculative real estate market. A sample of 250 West Side properties shows that between 2010 and 2015, 147 detached houses were flipped twice. Thirty-seven houses were flipped three times in that same time period. Either West Side buyers are an extremely fickle demographic or speculation is rampant. Remember, this is only a sample of 250 West Side houses, located in MacKenzie Heights, Point Grey, South Granville and Dunbar. Imagine what a comprehensive data set would show.

(The Globe and Mail obtained the data from Landcor Data Corp.)

Speculation has long been a cause for concern in Vancouver and it came up again when Mayor Gregor Robertson issued a statement this week, rightly calling for a speculation or luxury tax as a means to curb the spending spree:

“A speculation tax would help slow down the practice of flipping houses, which treats housing as a commodity and intensifies the price escalation. A luxury-housing tax would ensure that the very wealthiest buyers or investors pay an added price. Both of these taxes would raise new funds to make housing more affordable for those on low and modest incomes,” he said.

His statement was timed with the release of BC Assessment figures that made thousands of homeowners ineligible for the Home Owner Grant because of property prices. Since the province has made it clear that it doesn’t want to intervene to slow speculative buying, there is one move that could be made at the municipal level that could take the pressure off.

The city could down-zone single-family neighbourhoods that are in the crosshairs of speculation to disallow the building of houses that are bigger than what already stands. After all, a massive house doesn’t house more people or increase density; it’s not sustainable, it’s usually out of scale, it often replaces a character house and it drives up prices.

And in simple terms, if bigger houses were no longer part of the picture, speculative buying would have to ease off. Theoretically, people treating the city as little more than a sure-bet casino would back away, prices would ease up and first-time buyers would have a chance to enter the market.

Legally, the city has the power to do it. The question is more of a political one. So far in the discussion, there’s been more concern about protecting homeowner equity than creating affordable detached housing. Some people argue their life savings completely depend on the overheated market staying overheated – which is nonsensical when you consider that those homeowners could never have anticipated that we’d currently be sitting with an average detached-house price of $2.53-million citywide. Such wealth was not earned or banked: It’s a windfall.

But the political will to upset that windfall is understandably absent, says lawyer Bill Buholzer, who’s an expert in municipal law and land-use zoning.

“I hear elected officials talking about things they can’t do for legal reasons, when what’s really going on is things they don’t want to do for political reasons. Sometimes, it’s easier to explain what they can’t do as a legal impediment. That’s not to say that the political impediment isn’t major. In this economy, in this city, it’s always brought up that the potential value of real estate represents people’s retirement plans.”

But it could be done. According to the Vancouver Charter, the city is entirely within its right to take away development opportunity in a neighbourhood such as Dunbar, for example, without having to compensate homeowners for any subsequent loss in value. As is, Dunbar houses are being relentlessly demolished because zoning allows for much bigger houses than what currently stand.

“The city has essentially added speculation value to those properties by zoning them to permit development in excess of what is there already,” Mr. Buholzer says. “And the city can take that development potential away just as it bestowed it in the first place, by exercising its zoning power. Would it be politically unpopular? Probably. But it’s not something that people would be compensated for.

“I think what’s often missed in this discussion is the fact that local governments can encourage the protection and preservation of buildings in areas like that by putting appropriate zoning in place.”

It would have to be well considered and exhaustively studied, he adds. And it would be a controversial move.

Laneway house builder Jake Fry says a combination of down-zoning and incentives such as stratified laneway houses would curtail speculation and help first-time-buyers get into areas such as the West Side. An existing house that has a secondary suite and laneway house offers more density and affordability, especially if it can be sold off. And this type of RT zoning already exists in pockets of Vancouver, used to protect old-character neighbourhoods.

Rick Michaels, former assistant director in development services for the city, says this type of zoning was successful, it but took a lot of complex planning.

“It took a tremendous amount of public and private energy, hard work, and expertise, and extensive community engagement and collaboration,” says Mr. Michaels, who is a development consultant.

It would be worth the effort, Mr. Fry says.

“They need to disincentivize those huge homes, because they take away opportunities,” he says. “Massive homes with two people in them is not a community builder, and it seems to be what the big driver is right now.

“If you add a penalty like down-zoning, but also balance it with a lot of incentives, then the problem starts to self-regulate.”