A family from England's Midlands region arrived in Vancouver last July. The professional couple came here for work and set about looking for a house to purchase for their family of four.

After viewing a series of overpriced properties on the city's east side, they plan to give it three more months. If they still can't find anything, they consider Ontario.

K. Singh says her family lived well in England; both she and her husband make white-collar salaries. But in Vancouver, they have had to adjust their standard of living. Another family – friends of theirs who moved from England at the same time – have already returned.

"I had heard rumours. I wasn't entirely surprised, but I was taken aback by the intensity of the situation, really," Ms. Singh says. "I didn't think it would be this bad. Some of our friends decided to go to Australia and they didn't have the same battle.

"We are ordinary working people. All our taxes are paid – all kosher. When you do that, you don't usually have a huge amount of money to begin with. We suffered a hit because of Brexit and the pound fell drastically.

"I worry about where society is going, because when it gets to that level [of unaffordability] and you drive out the people who hold up the fabric of society, what's going to happen?"

Over the past few weeks, I got out there and attended open houses and viewings myself. I saw a lot of average homes in need of updating that were listed for top dollar. Several looked as if they'd been vacant for some time.

Daina Lawrence found an east-side house for her young family after eight weeks of searching.

"After we went through the process, I realized that I'd been sort of brainwashed by this market into thinking that paying for a million-dollar home means getting a total dump," Ms. Lawrence says. "I came to think of that as normal – which is brutal in hindsight."

For renters, it's stressful. I met tenants who were panic-stricken because their house had just been listed on the market. They were waiting it out, hoping the new owners would be kind. Others had vacated the moment it got listed, not wanting to deal with renovictions or increased rents.

And while the detached-home market has definitely slowed in much of the region, some pockets are still on fire.

"It's a very, very unpredictable, and unbelievable, market. You just don't know what's around the corner," says Nancy Beaton, president and founder of SnapStats Publishing.

Ms. Beaton is a licensed realtor who gave up sales four years ago to start SnapStats, a unique data service that is popular with realtors. She manually calculates the sales-to-active-listing ratios for the region, down to each neighbourhood, which is something not offered elsewhere. The ratio is key to realtors because it tells them the speed of the market, and whether it is leaning to the buyer or the seller's advantage.

According to her data, micromarkets in Vancouver vary wildly, making it one of the most confusing housing markets ever seen. Generally, areas that are undergoing rezoning from single-family to multifamily are major seller's markets, while other pockets have become a buyer's market. Anything less than 14 per cent is considered a buyer's market, she says. The following numbers are for detached houses in July.

"Just about everything is shadowed by Oakridge," she says.

Cambie is also a seller's market, with 23 per cent of houses selling.

And Mount Pleasant is red hot, with detached homes at 55 per cent. East Hastings detached housing is at a 35-per-cent ratio, so another seller's market, and Fraser Street area is at 34 per cent. Collingwood is a buyer's market, at a low 4 per cent.

Several houses I viewed were empty, and it wasn't clear if they'd ever been lived in. And several had only been purchased the year before.

I attended a viewing of an old bungalow in serious need of an update with a basement suite on super-busy East 12th Ave., listed at $1.499-million. It had been purchased in February, 2016, for $933,000, according to BC Assessment. The listing agent said it was owner-occupied, even though the house had no furniture or household items, except for several beds and a kitchen table. Downstairs was a three-bedroom suite with low ceilings and crooked floors that smelled of mildew.

While I was there, four girls with backpacks showed up and the agent told them to wait outside.

"They're friends of the owner," he said.

On the fireplace hearth was a stack of maps and tourist pamphlets.

We viewed another big house on East 12th, a couple of blocks from Commercial Drive. This one was completely empty, without a short-term renter in sight. It was a big three-storey house that had been slapdash renovated. The newly varnished floors still felt tacky. It had a two-bedroom suite in the basement the realtor said could rent for $1,800.

The third floor was accessible from an outside staircase and did not have a kitchen, but the realtor said it could be rented out as rooms. He said you just add hot plates and a small fridge, and charge each tenant around $600. It was listed for $1.449-million.

As I was leaving, a middle-aged couple emerged from a new Mercedes to view the house while their driver waited.

Then there are the houses that have obvious deficiencies. I viewed a house in the south part of the city, on Beatrice Street, listed for $1.498-million. It was a Vancouver Special, with two suites in the lower half. The house was empty, except for the dark, cramped two-bedroom suite downstairs, which was being rented to a family for $1,000 a month. The listing agents promised the tenants would be out by October.

The other suite was a room the size of a closet with a bedroom attached. It smelled like mildew.

The house had once been a grow op, but had been given a reoccupancy permit. The listing agent, who couldn't explain a massive water stain in the front foyer, insisted that the grow op had been located in the backyard. She waved her hands around a small concrete pad outside the back door. "It was right here."

Another place, a fourplex near Commercial Drive, is listed for $3.48-million. The owner had purchased it for $2.45-million in August, 2016.

If it sells, that's a $1-million profit in the space of a year.

But then I viewed an adorable postwar bungalow on a beautiful treed street on East 2nd Ave., just off Victoria Drive.

It had been lovingly owned and maintained for decades. The house had been renovated, lifted so that there was a roomy one-bedroom suite downstairs that was rented to a PhD student for reasonable rent. The garden was beautiful and lush.

But it was one of a set of matching bungalows and someone had decided that because it falls under the Grandview-Woodland Community Plan, it could be a future land assembly. It was one of three houses for sale. Price tag for the one house: $3.689-million. The man who showed the house – he was a family friend of the owners – said they'd be willing to sell the house individually, too. That would be $1.7-million over the assessment value.

As Ms. Beaton observed: "It's a very weird market. And I don't know if it's ever going to be normal again."

Realtor Matt Scalena says that any properties slated for more density, such as along major arterials, are the areas attracting speculative behaviour.

"Those prices have come up dramatically," says Mr. Scalena, who has a popular real estate podcast with brother Adam.

Agents say the other strange aspect of the market is the continued frenzy for attached homes, such as condos and townhomes.

"The price points are getting too close to single family homes," Mr. Scalena says. "The gap doesn't make sense any more."

"What's really interesting is the gap right now between a house and a condo. In many cases, I don't think I've ever seen it this small," Ms. Houlihan says. "Previously, if you wanted to move from condo to a house it was a stretch. But now people are getting so much money from a condo they can move into an entry-level house. Condos are getting stupid prices."

Mr. Scalena cites the example of a three-bedroom east-side condo that was listed at $1.2-million, which is the price of a bungalow in some areas of the city.

Ms. Singh says her family is too large for a condo and she has friends and family that want to visit from England, so she needs a house, but nothing fancy. She doesn't think that's a tall order.

"You've got two sets of people in this world," she says. "There are the people who want to get what they can for themselves – nothing will ever be enough for them.

"I fall into the second bracket: you just want to pay the bills, have a bit for a rainy day, live comfortably with family, and have friends and family to come and stay. 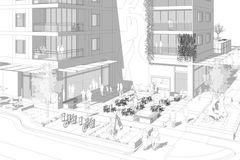 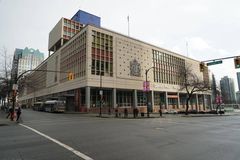