Update: The new buyers of Friedman House tell The Globe and Mail they intend to make it their long-term home. Full story.

Cornelia Hahn Oberlander, the diminutive icon of landscape architecture, stands in the centre of a Point Grey living room explaining to a real estate agent why this house matters.

“This was my first job when I came here, with Professor Lasserre,” she says.

We are in the former home of Dr. Sydney Friedman and his wife, Constance, two of the earliest members of the University of British Columbia’s faculty of medicine.

Architect Fred Lasserre was the head of UBC’s architecture department at the time, and he designed the house in 1953. 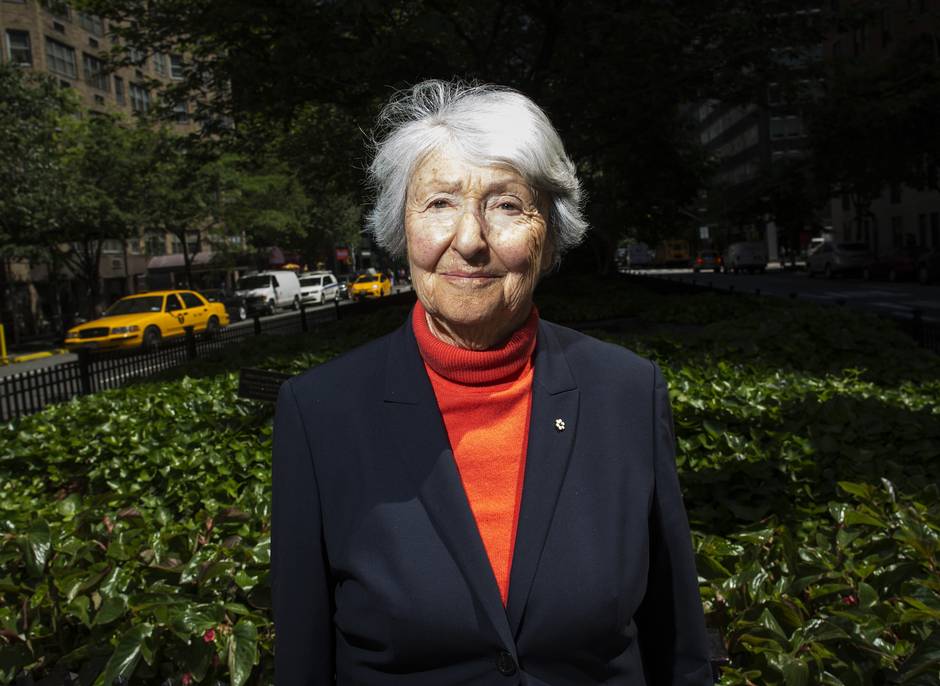 Cornelia Hahn Oberlander, 92, in New York. (Eric Thayer / For the Globe and Mail)

Ms. Oberlander had just arrived from Philadelphia, where she was working with famous architect Louis Kahn. At Harvard University in the 1940s, she was a student of another legendary architect, Walter Gropius. But she moved to Vancouver with her architect husband, Peter Oberlander, who founded SCARP, UBC’s School of Community and Regional Planning. She would go on to design the outdoor space for Robson Square and the Law Courts and the Museum of Anthropology, and the gardens at the National Gallery of Canada in Ottawa, the Vancouver Public Library, and the Canadian Chancery in Washington, D.C. More recently, she worked on the New York Times building.

But the Friedman house at 4916 Chancellor Blvd. was her firm’s first project in Canada, and she has been a frequent visitor to the house over the decades. Now, it is for sale for close to $4-million, and it’s almost a certainty that it will be torn down and replaced with a much bigger house. 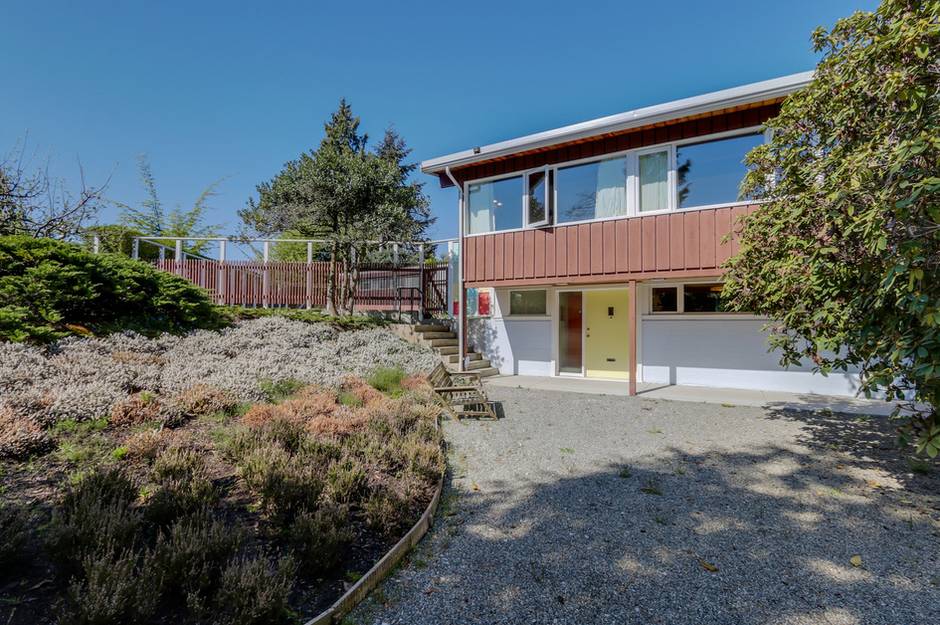 The home is for sale for close to $4-million, and it’s almost a certainty that it will be torn down. (Evan Ho / Remax)

Dr. Friedman had lived in the house until a year ago, when he died, at 98. It is still furnished with original teak furniture and objects from the 1950s, and so it feels like stepping into the past. Through the floor to ceiling living room window is a view of the pool, fencing and gardens that Mrs. Oberlander designed. The interplay between indoors and outdoors is typical of Modernist house design.

On a sunny day this past week, Ms. Oberlander explained the house’s importance. And then she took us on a tour of her garden:

“Because of the slope, I planted all the heather at a 45-degree angle,” she says, pointing toward the front garden. She leads us down the side of the house, and points to the recent addition of pavers:

“They are 27 inches on centre. That’s a good distance for the human step.” 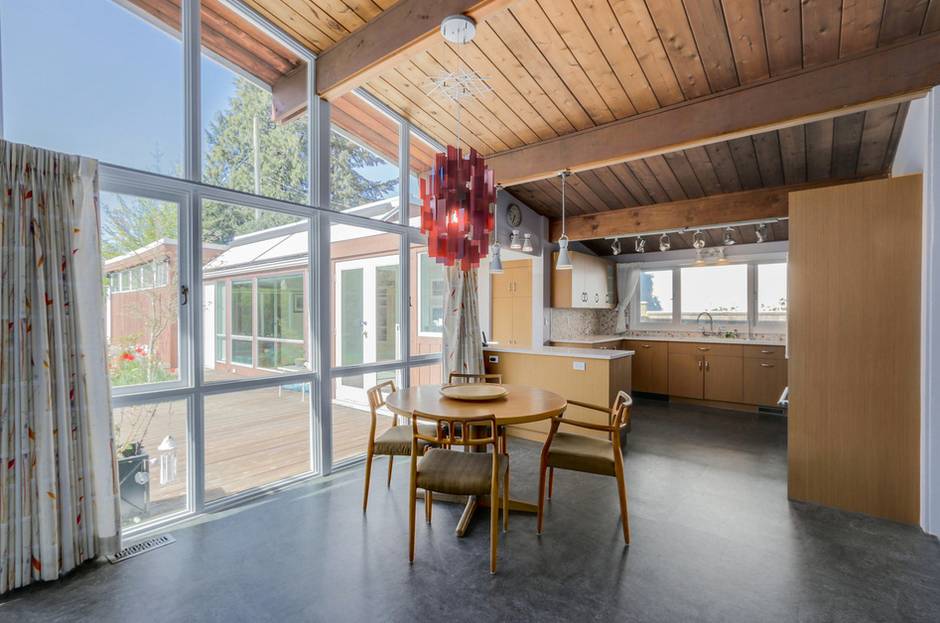 The interplay between the indoors and outdoors is typical of the style. (Evan Ho / Remax)

The rhododendrons, she says, are original, from the 1950s, and extremely rare.

But the agent, who patiently listened, was busy. Other agents and their clients, including a pair of men who said they were builders, were milling about. Entering the house, nobody removed their shoes.

It’s just another sales transaction on Vancouver’s lucrative west side. There is no time to consider history, or design, or the community that still values such houses. For the agents, builders, buyers and speculators, there is money to be made.

Susan Herrington, professor of architecture and landscape architecture at UBC, has written a book on Ms. Oberlander, and is writing a paper on the Friedman house. She says Vancouver’s dwindling Modernist stock of houses is considered exemplary of the style, the result of a Modernist boom in architecture that began in 1945.

“The city was growing, and it was just after World War Two, and there were a lot of Modern architects coming from the east coast and Europe. Lasserre came from Switzerland. It was a really exciting period,” says Ms. Herrington.

“Lasserre didn’t live that long, so we only have a few examples of his work,” adding that “it’s a shame” the house will undoubtedly be demolished. 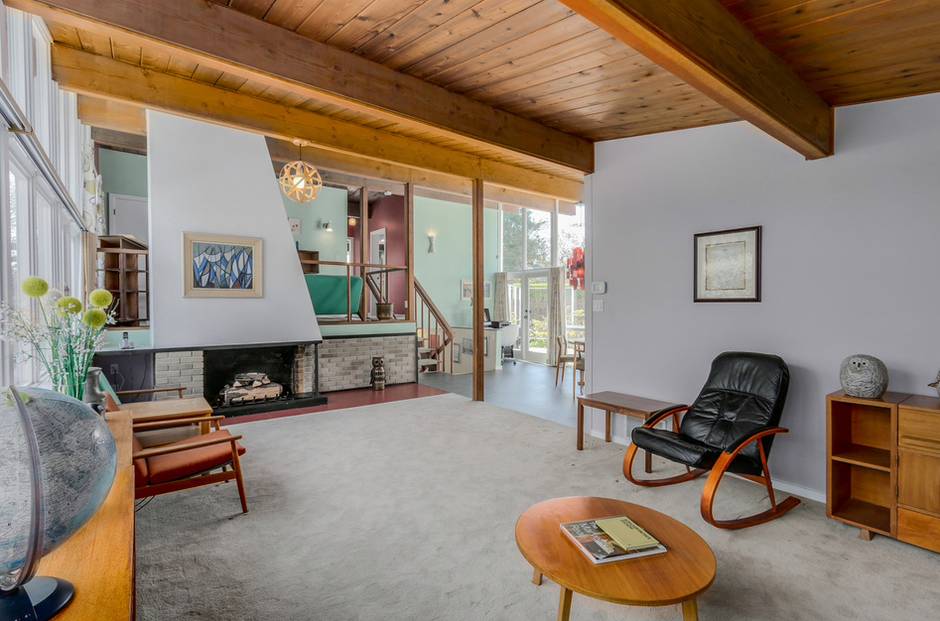 Dr. Friedman embarked on a major restoration to update and restore the house, with the help of Ms. Oberlander. (Evan Ho / Remax)

Dr. Friedman embarked on a major restoration to update and restore the house, with the help of Ms. Oberlander.

Ms. Oberlander, who is 94 years old and still working on major projects, says he spent $300,000 or more on painstaking upgrades that were sensitive to the Lassere design, including geothermal heat and high-end appliances in the kitchen that were customized with a colour to fit with the Modernist era.

Dr. Friedman had tried to have the house preserved with a heritage designation, but it is in the University Endowment Lands jurisdiction, which is governed by the province. He was told a designation wasn’t available. 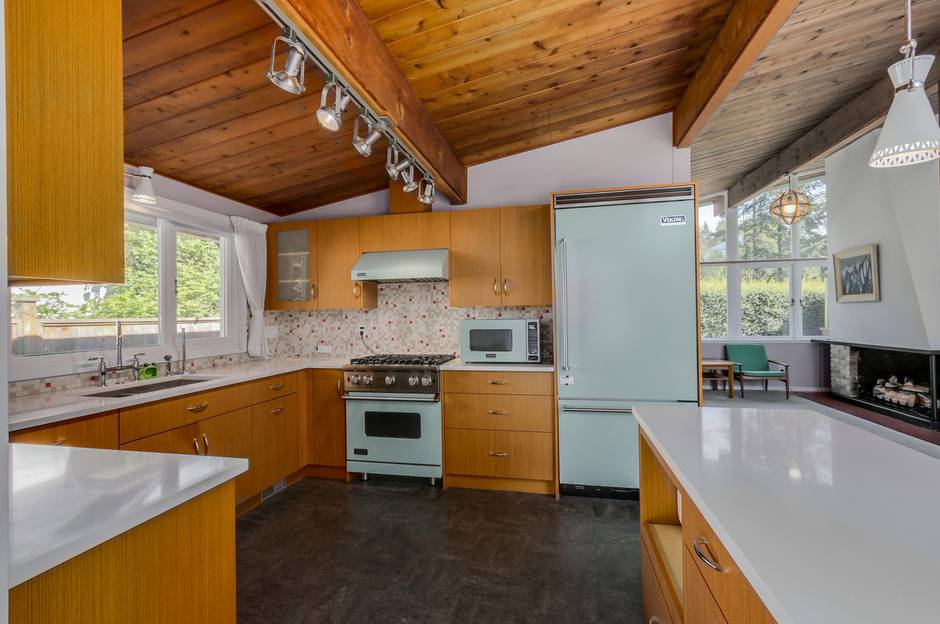 The kitchen of the Friedman House at 4916 Chancellor Boul., Vancouver. (Evan Ho / Remax)

He had set up his own foundation and a board comprised of friends who would oversee the distribution of his estate. After Dr. Friedman died they looked at trying to save the house, but they ultimately decided to sell the house and use the proceeds for scholarship money that would go to UBC students. Dr. Friedman was deeply involved in scholarship and grant programs at UBC, including one called Friedman Scholars. The foundation board members have also commissioned a book about the Friedman residence, to be released next year, which will include Ms. Oberlander’s role as landscape architect. And they have sent blueprints and drawings, as well as his valuable art collection, to archives and the Vancouver Art Gallery. The furniture will be sold off. Some items will be given to his old friends, according to Robin Hanvelt, who is board treasurer, and was friends with Dr. Friedman for 44 years.

“He was torn that we hadn’t been able to develop a plan that would preserve the house, but he clarified to the board that he also didn’t want to restrict the board’s latitude – it became clear to him that it was more difficult than he’d hoped,” says Mr. Hanvelt. “His primary objective was to help UBC develop world-class scholars. 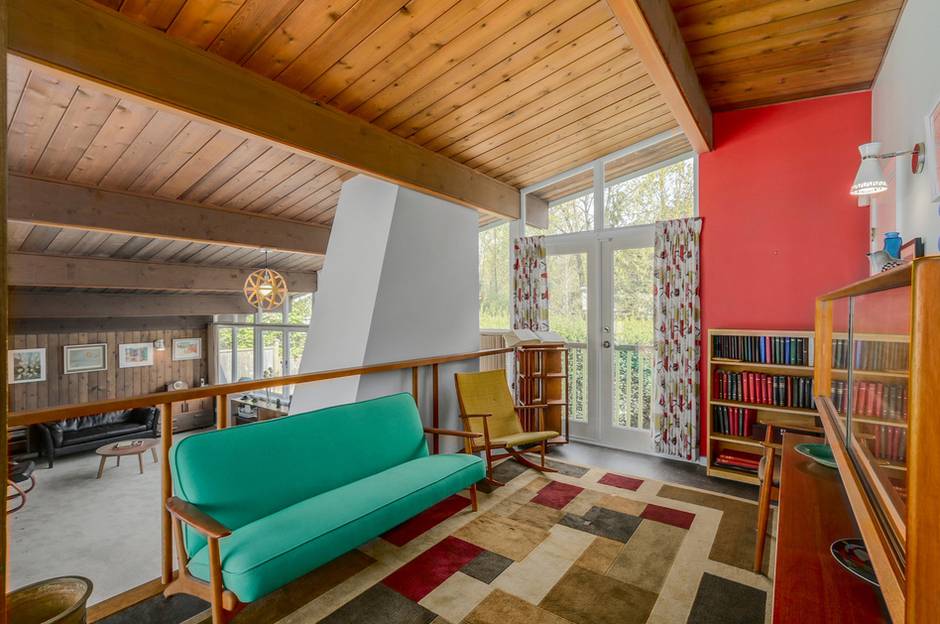 Meanwhile, the listing agent has received several offers on the house, which he’ll present April 27 to the board members. Vancouver will lose another piece of its history.

For Ms. Oberlander, her community is being dismantled. She shakes her head.

“It makes me feel sick.”