Now that many young people are expecting to rent for life – if they want to live in Vancouver – developers have woken up to the formerly neglected rental market. Renting has for too long been seen as second to owning, but in Vancouver at least, that attitude will soon have to change in the face of unaffordability and a rental vacancy rate below 1 per cent.

In Vancouver, the push for rental housing is moving forward, with a few new significant developments under way.

Condo marketer Bob Rennie has taken the position that he’d like to see rental housing get yet more priority around transit hubs. He’s pushing for the creation of “rental zones.” That would require a legislative change, since the City of Vancouver can’t currently create zoning according to tenure. Mr. Rennie would like to see the creation of 10,000 rental units in the next five years, all close to transit, since renters use transit more often than homeowners.

“I believe we can create a zoning that is rental-only – we can create something scalable throughout Greater Vancouver,” he says. “Let’s create solutions that aren’t just a Band-Aid, like [building] 10 units somewhere.

“Freeing up vacant rental in 5,000-square-foot units in Coal Harbour isn’t a solution for anybody,” a reference to the city’s new vacant-property tax, which was introduced to bring potential rentals onto the market. “The solution is under $1,500 a month, and I think rental-only zoning will do that. If governance says we can’t do it, let’s figure the thing out. It’s 2016. This is where our civic governments have to work with our provincial government. Put partisan politics aside. It’s a problem. Let’s solve it.”

When asked if condo developers might have an issue with choice land around transit hubs going toward rental, he responded:

“Too bad. Then create more density so you can do both.” 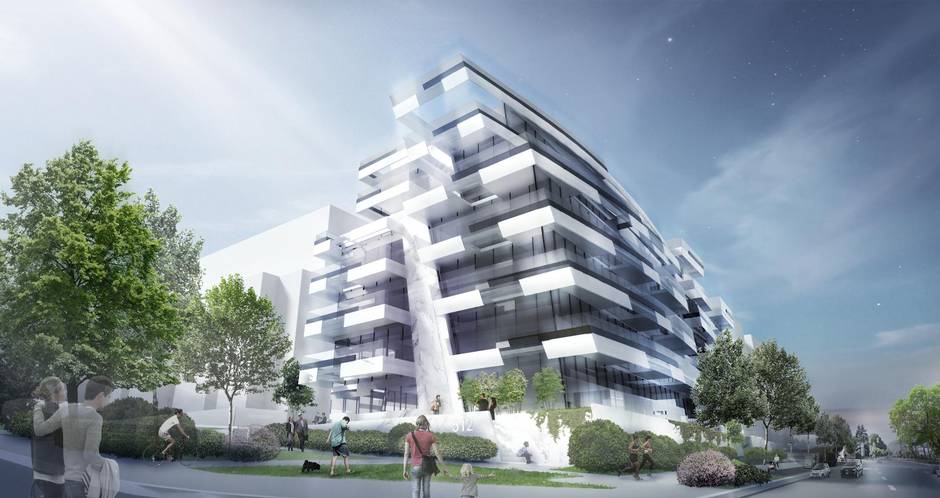 “Everybody will say, ‘Why does Bob Rennie care about rental?’ We benefit from some of our solutions, so we get criticized. And yes, we are a lightning rod,” he concedes.

Even Premier Christy Clark has joined the ranks of renters, who make up more than half of the city’s residents. For security concerns, she’s rented out her own house and is renting a large home on the west side, until the next election. Ben Chin, who handles media for the Premier, requested that her address be kept private for obvious reasons, but he confirmed that she pays rent of between $5,500 and $6,500 a month. And of course, she didn’t find her rental on Craigslist, he said. She found the property through developer acquaintance Nevin Sangha, who purchased the house in July and agreed to rent it to the Premier.

Mr. Sangha also owns the Heritage A-grade Gabriola House in the West End, and is in the inquiry stage of converting the mansion into 16 rental suites, with common areas available to the public. He’s also proposing rental townhouses on one corner of the site.

The transformation to rental wouldn’t be a huge leap. Architect Tim Ankenman, who has restored other heritage buildings, including the Jeffs Residence off Commercial Drive, points out that the mansion had previously operated as a rooming house for several decades.

Sara Benjamin and her husband are turning to rental development as a way of surviving in Vancouver. 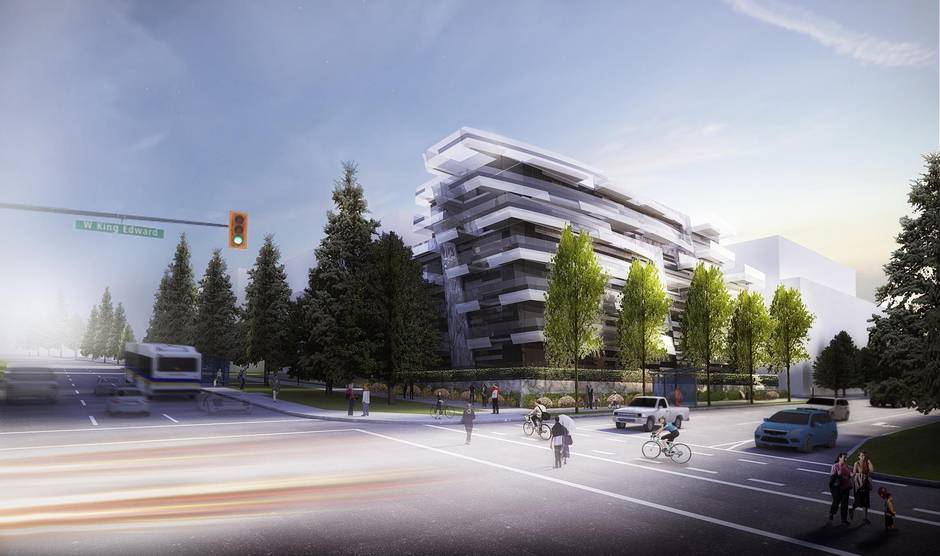 The homeowners took the uncommon step of becoming property developers, without any previous experience. They already owned and rented out a house at the southwest corner of Cambie and King Edward, across from the SkyTrain station, so they embarked on the exhaustive work of applying to rezone it for a 50-unit rental building. The project recently received a thumbs-up from city council and keen support from the Urban Design Panel.

It’s not your typical boring rental building. They brought in Arno Matis, former director of Bing Thom Architects and lifelong Vancouverite, who created a unique design to sit on the 70-foot lot. The suites will feature moveable walls to create flex spaces, enabling tenants to accommodate a roommate or turn a dining room into a nursery. There will also be a rooftop deck and floor-to-ceiling windows.

The Benjamins say the project is motivated by their desire to help their children survive in an unaffordable housing market.

“We have never done development before, but we live in this neighbourhood, so we have seen a lot of it happening,” Ms. Benjamin says.

She and her husband have five children, and a rental building seemed a far better long-term investment than building condos, she says.

“We started getting worried a bit. We wanted to make sure our kids are going to be able to survive in this environment, so we thought, ‘If we can do this, I think in the long run it will benefit our whole family.’”

Ms. Benjamin chose to forgo the chance to waive development cost levies that are part of the city’s Rental 100 program. Under the program, fees are waived if the rental housing is capped at an affordable rate. But Ms. Benjamin would have had to go with a cheaper wood-frame construction, and forgo the customized interior features. She wanted the building to be better built to attract long-term tenants. Ms. Benjamin has also been a renter, and she knows what it’s like to move repeatedly.

“We don’t want to repaint and redo the leaky roof. We want it sturdy. We want to have it good from the outside, and bring the good inside. To do that, we need to spend more. But in the long run, there will be benefits to us and the tenant.

If all goes according to plan, construction will be complete by around 2018.

She says she wants to keep rents affordable to average residents.

“We won’t go too high, because we wanted to make sure we have every unit occupied.”

Mr. Matis, a Gen-Xer raised in Vancouver who now runs his own firm, says renters are going to be looking for quality homes, not short-term spaces.

“People in Vancouver associate rental with old, not very good buildings … That’s what they think of because there’s so much of it out there that hasn’t been updated. I think things are obviously changing in Vancouver. At least 50 per cent of residents are renters, and more people are coming. So when you talk about affordability … renting is the only option. And maybe some of them will be renting for the rest of their lives. That means people are going to be looking for quality of life. So they are obviously looking for something that’s not just a short-term solution.”

Meanwhile, Michael Hungerford, partner in Hungerford Properties, says that his firm has chosen to work with the city’s Rental 100 program for its 161-unit rental project, called The Link, partly because he was allowed to reduce the parking-stall requirement, which can increase costs by an additional $50,000 or so per stall.

“Parking can make or break a project,” he says. “As a developer, we have to start with the parking oftentimes and move upwards. In the case of purpose built rental, the City of Vancouver has flexibility, and this location is close to transit, so they were supportive of relaxing the parking.”

The redevelopment at 3595 Kingsway is a partnership with the non-profit Odd Fellows Low Rental Housing Society, which owns a seniors residence on the site. The rental building will include 44 units of affordable seniors homes as well as 117 capped-rate rental apartments, and some commercial space. The terraced building, six storeys on the Kingsway side, will have a separate entrance for the seniors’ residence at the lower level. The remaining capped-rate units will have access to a rooftop deck, with city views, garden and fireplace area. That view will be a big part of their marketing, Mr. Hungerford says. So, too, will be the 15-minute walk to Joyce-Collingwood SkyTrain station.

Because of the Rental 100 program, “substantial” fees were waived in exchange for capping the rents. And the non-profit society didn’t have to “spend a dime” to get new housing for their seniors, who are low-income and afraid of losing their community as rents rise, Mr. Hungerford says.

“We are very sympathetic to that. We have learned a lot about that segment of our population.”

The process has worked well enough that Mr. Hungerford says he would do another Rental 100 project, even though, he says, not all developers are going to jump ship from lucrative condos to rentals any time soon.