But just a look from the outside doesn’t show off what is truly different.

The Monad building, a collection of four apartments, with two optional secondary suites, clustered around an interior courtyard, above an office on the ground floor, is one of the city’s most environmentally friendly buildings.

It is heated with geothermal and solar energy. It is designed, through the orientation of the windows and the use of light wells, to take advantage of natural cooling and heating. Its windows are triple-glazed and its walls are five inches thicker than the usual building in order to hold extra insulation that prevents heat loss. 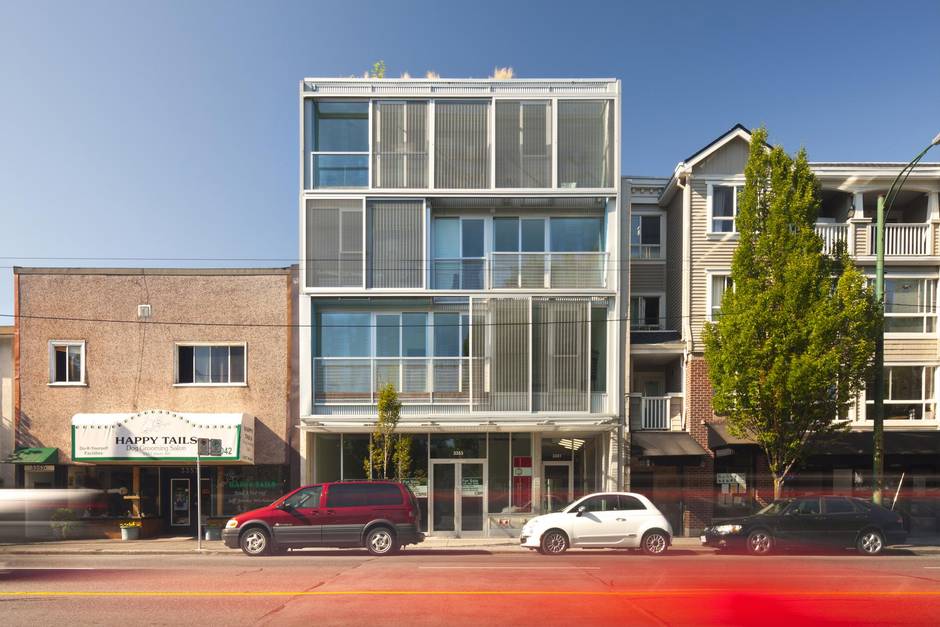 The Monad building, a collection of four apartments clustered around an interior courtyard, is one of the city’s most environmentally friendly buildings. (Nic LeHoux)

MONAD, designed by award-winning, innovative Vancouver architect Oliver Lang, is also a model for the aggressive new direction Vancouver wants to take to transform the city by 2050 into a place where buildings no longer use natural gas or other fossil fuels for heat, where buildings are designed from the start to use less energy, and where greenhouse-gas emissions have been reduced to zero.

Mr. Lang, who sat on an advisory committee that provide input on the new direction, said Vancouver’s decision to adopt a “zero-emissions” policy will transform the city in a good way.

But for many others – from restaurant operators to natural-gas providers to builders – Vancouver is setting off on a path no other city has taken, with a wide-ranging set of changes proposed in the next three decades.

The city’s sustainability office is planning to have new requirements in place for high-rise and mid-rise buildings by the end of the year. That will shift the allowable amount of greenhouse gases produced from the current 16 kilograms per metre squared to six. 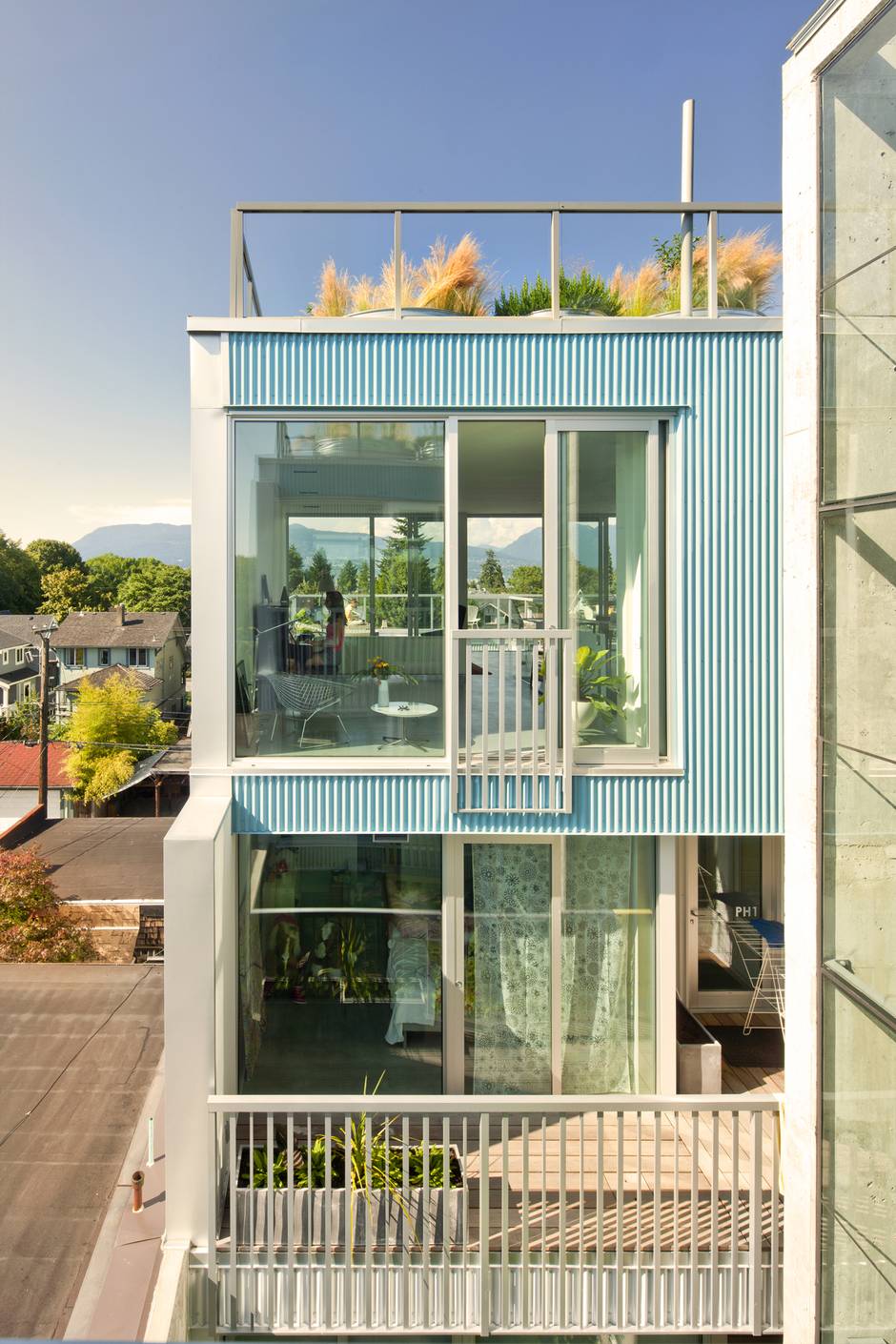 The MONAD building is designed to take advantage of natural cooling and heating. (Nic Lehoux)

The building code for single-family houses was just revised recently, incorporating a lot of new rules related to energy efficiency, so there won’t be any changes made to that until 2020.

By 2030, the plan is to have all new buildings constructed to zero-emissions standards. And by 2050, the goal is to have all pre-existing buildings updated – meaning, for one, a shift away from natural gas by the 180,000 houses and businesses now using it.

The city’s director of sustainability, Sean Pander, acknowledged that other cities are doing pieces of what Vancouver is aiming for, but no one city has done as comprehensive a plan.

“The city we probably take the most lessons from is Brussels,” said Mr. Pander. “And one of the lessons we’re taking from them is that you let industry show you the best way to get there.”

Builders and businesses here say they all support a more sustainable building industry. And they are encouraged by – indeed, are demanding – the idea of having the city work with everyone together to help share ideas about best new techniques to get to zero emissions.

But they’re still wondering how feasible, affordable, and practical some of the plans are. 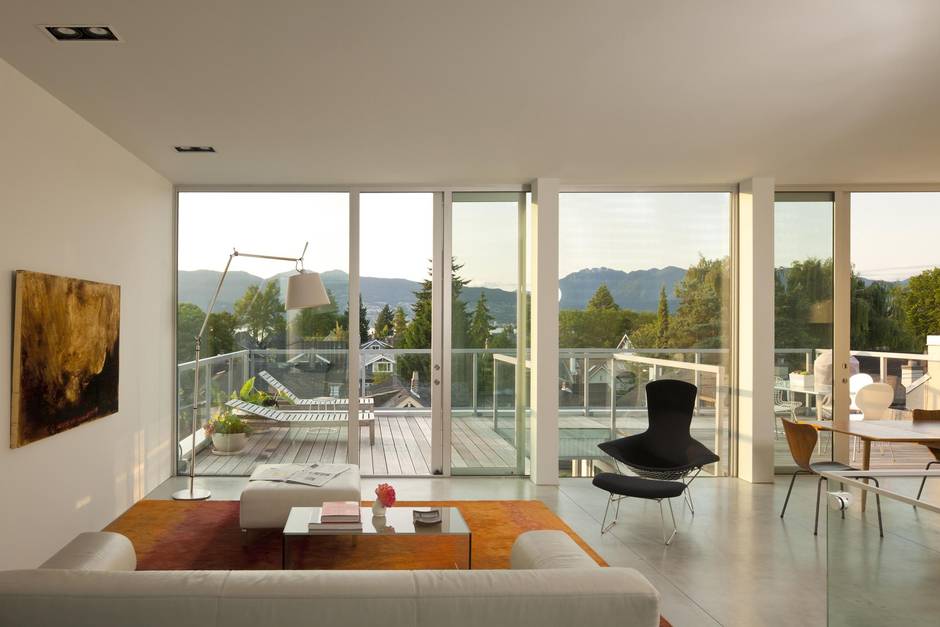 The windows are triple-glazed to prevent heat loss. (Nic Lehoux)

The city is saying the extra cost will be about one per cent and residents will benefit for years from lower energy costs.

But Mr. Stovell said the increases are likely more in the 5- to 10-per-cent range, which is a tough hit in a market that is already making worldwide headlines because of the high cost of its housing.

As well, he said, regulators are pushing for buildings to be more and more “solid” – that is, with less window area. That will be a big change for Vancouver, which is also famous for its glass towers.

But reducing the amount of glass affects the livability of houses and condos, especially in Vancouver, says Mr. Stovell.

“One of the biggest problems in the region is the dark, winter conditions and the poor light.”

One plus he does see in Vancouver’s new direction is that it is focusing more on energy reduction, rather than energy re-use. So the city is now emphasizing the benefits of using electric power, but less of it, rather than what it had been promoting heavily until now – district energy systems that would possibly burn wood waste. 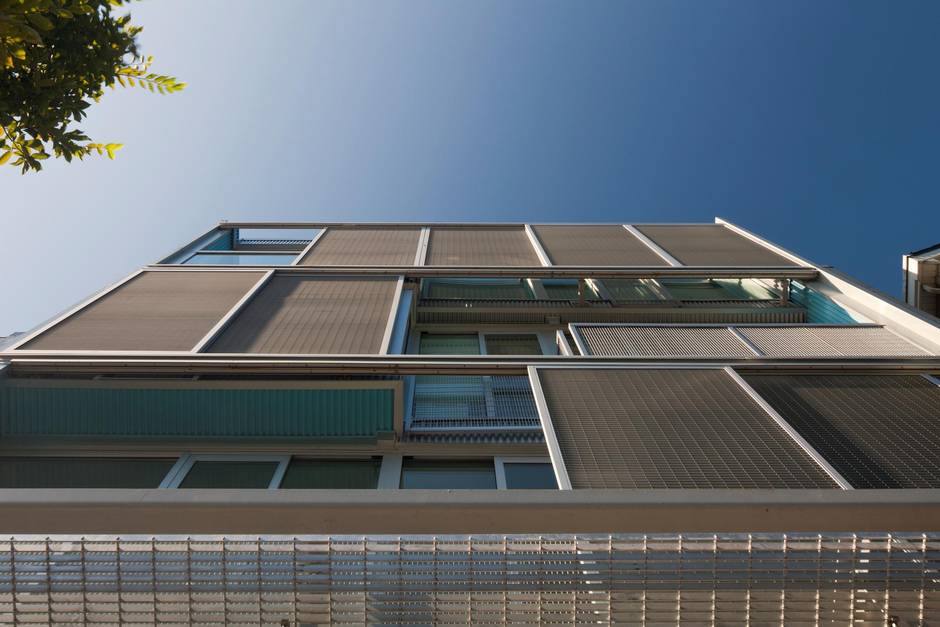 But it’s not just the building industry that has concerns.

Doug Stout, the vice-president of market development for B.C.’s largest natural-gas supplier, Fortis, says the city’s new policy seems to want to dictate which energy sources should be used in future.

“But there are a number of tools now being worked on that shouldn’t be precluded.”

He said other cities, including Brussels, leave it up to builders and the energy industry to figure out how to provide lower-carbon energy to buildings.

There’s one group of businesses in the city that is particularly concerned about the push to get everyone off natural gas.

In Vancouver, a city renowned for its food, restaurant chefs use only natural gas stoves and burners in their kitchens because of its capacity to go from low to high instantly.

“Sustainability is very good initiative. Everybody wants it and expects it,” says Ian Tostenson, CEO of the B.C. Restaurant and Foodservices Association. “But I don’t know any kitchen without gas. We have such an assortment of restaurants that use woks, that need high, fast heat. What is the replacement for natural gas?”

He said the city has typically been extremely good about working with the restaurant industry, which is a key part of the economy in Vancouver.

But, in this case, “no one really talked about this.”

Vancouver's goal of a becoming a zero-emission city by 2050 offers significant challenges to developers and builders. (Nic Lehoux)

Mr. Pander, at the city of Vancouver, insists that nothing is going to change anywhere without the participation of everyone involved.

He sees the zero-emissions policy as a kind of living laboratory, where the city and businesses will all share with each other what they are learning as they try out new technologies and building designs.

For restaurants, he sees them moving to bio-fuels like methane, so that they can continue to get the kind of energy they need.

On other aspects, it will be a joint education process. 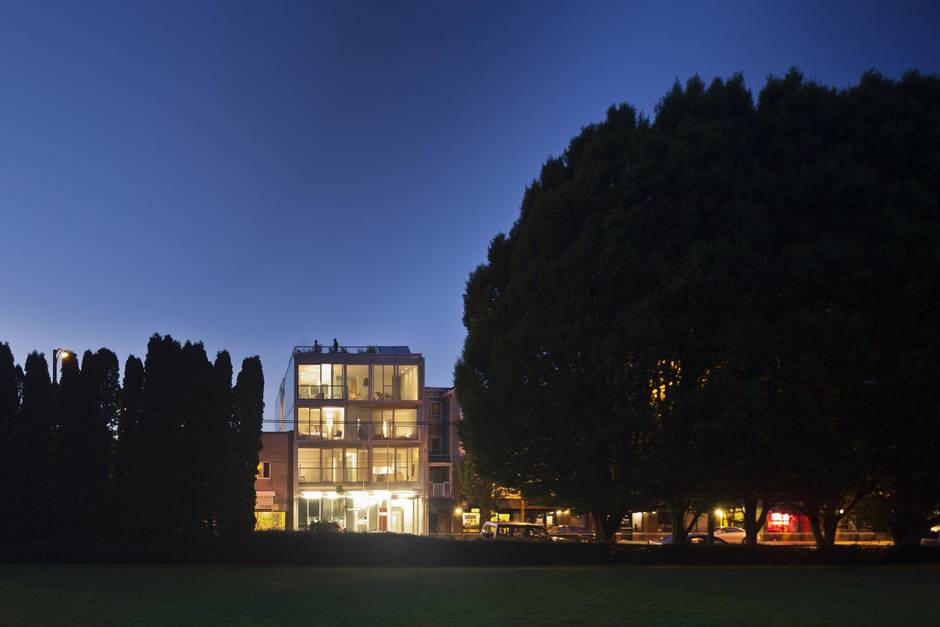 That will make builders less reliant on buying expensive mechanical systems from Asian or European producers and more likely to buy local products.

“Instead of having mediocre design that we’re overcoming with technology, we’re focusing on a well-designed exterior. Where we haven’t seen a lot of innovation is the skin of the building.”

He believes builders will see that their construction costs will go down because of that.

Mr. Pander and others acknowledge that one of the challenges for the city will be making sure that the new requirements for sustainability don’t conflict with other city rules about livability, safety, and urban design.

As Mr. Lang notes, the perfectly engineered, energy-efficient home would be a cube with minimal windows. But that’s unlivable.

“When we started this thinking years ago, we said there’s going to be conflicting interests. We want something that’s porous but that’s also efficient. But with this approach, you can strike a good balance between openness and energy efficiency.”