About five decades ago, Vancouverites lived almost entirely in single-family homes and rental buildings. The majority of the rental was purpose built, a lot of it in West End towers, with midrise rentals scattered throughout other parts of the city.

Some co-op housing had been built. But condos didn't exist.

"If you wanted to build a higher density, you had to build rental," University of Toronto professor David Hulchanski says.

Condo ownership was introduced in the late 1960s but took several years to catch on. In terms of development, condos – commonly referred to as 'strata housing' in British Columbia – eventually replaced new rental buildings. A condo was the path to home ownership for anyone who couldn't afford a house, but had saved a little money.

"As inequality grew and income gap between owners and renters grew, well, if you have a pool of potential customers with double the income, who are you going to build for?" asks Dr. Hulchanski, a professor of housing and community development in U of T's faculty of social work.

And even though more than half the city rents, purpose-built rentals have become pretty much a unicorn. The vacancy rate is near zero. As part of an effort to address the crisis, the city is considering the creation of designated areas of the city for rental housing only. The city currently doesn't have the authority to create rental-only areas: That authority must come from the province.

"This rental zoning is the weight-bearing beam for the entire affordable housing strategy," says Mr. Yan, who is also an urban planner.

The idea is part of the new Housing Vancouver Strategy that has been a year in the works, with an ambitious goal to add 72,000 housing units to the city, including 20,000 purpose-built rentals. Nearly half the units will be geared to households with less than $80,000 in annual income. The plan, set to go to council for approval on Nov. 28, includes the creation of rental zones as an idea only. But it's an idea that intrigues Gil Kelley, the city's general manager of planning, urban design and sustainability.

"There could be targeted zones; broad zones. Conceptually, it could be a powerful tool in [dealing with] land price escalation," he said in a joint phone interview with Dan Garrison, assistant director of housing policy.

"We have been producing rental, but not at the pace we need to, because there's still a lot of production in the permit stream right now that's definitely biased toward strata, that's more profitable. So it's tough for rental in that market. We need to produce much more.

"It's not a war on strata, but about an ability of rental to catch up."

The city has done what it can to incentivize rental development, but it wants greater authority over zoning if it's going to tackle the crisis. A rental-only zone would take away a lot of the hassle for developers interested in purpose-built rental.

"Somebody who's trying to build a rental project wouldn't have to compete with strata condos," Mr. Garrison says.

Mr. Kelley says it wouldn't thwart land speculators entirely, but it could create "more cautious behaviour" on the part of landowners. It's common for landowners in areas rezoned for higher density to ask inflated prices.

That kind of behaviour often forces a developer to build luxury condos in order to get decent returns.

Any blanket rezoning is always a political minefield, which is probably why Mr. Kelley is cautious on the topic.

"It's early days. It's an idea to pursue; it's not fleshed out with a lot of detail because we do need to engage the province and think about where this would land, and where and how it would apply.

"But conceivably, we could overlay a larger geographic area with a rental-only policy. We'd want to be very careful about not creating a rental ghetto over time," he adds. "Part of this has to be thought about in terms of: How do we renew some of this aging rental stock and keep it affordable? We are signalling that this is an important piece to think about in more detail.

"We don't have all the answers. We've mentioned it [to the province]. I would say we are at the very beginning of engagement with this new government. But it's something."

Condos are a major moneymaker for the development community in Vancouver. And yet, some in that community are increasingly seeing a benefit in developing rental.

"The market wasn't there until a few years ago," says Ben Taddei, Vancouver-based Conwest Group's chief operating executive. "The rents weren't high enough. The reason we are talking more about purpose-built rental now really is because the economics have allowed it to happen … people are pushed into the rental market.

"There are other developers who are very bullish on rental. They think rentals are going to go up forever."

Mr. Taddei is a big advocate of rental-only zones. His company recently completed one of the city's first purpose-built rental buildings in decades, Clark Park Apartments at Knight Street and East 15th Avenue. The building is almost completely rented, with one bedrooms starting at $1,595 and two bedrooms at $1,990. However, Mr. Taddei says he couldn't build Clark Park today and offer the same rent. If he did come online today, rents would be higher because building costs have shot up in the past few months.

"I would love to do more rental, but land values don't reflect current construction costs," he says. "And I won't pay what people are asking for their land because I can't make any money – that's the bottom line. Either rents have to move up or land has to come down."

A rental zone is a way to reduce land prices, he argues, because it removes risk for developers. Mr. Taddei sees it playing out the way the city zones exclusively for parks or schools. Without having to apply for a rezoning, and take his project before council, he'd only have to apply for a development permit. That means all he has to worry about is the land value.

"You take the risk out of it, you streamline the process, and standardize the value of the land."

Condo marketer Bob Rennie also embraces the idea of rental zones. His data analyst, Andrew Ramlo, says the company has been looking toward rental zones for some time. He says suitable areas could possibly include False Creek Flats, which is an industrial and educational area along Great Northern Way. He says rental housing would nicely complement the students and workers in the area.

"It would be a fabulous project for the city to carve out an area down there," Mr. Ramlo says. "There aren't a lot of neighbours down there to get mad at them for doing it. There are some logical locations in and around the flats, mostly around the edges, that if anybody proposed for residential uses, it would be fitting to do that. But it's not a conversation I've heard at the city level."

Other areas in the region that would make sense are Metrotown, Brentwood and Lougheed in Burnaby, neighbourhoods that already have a huge number of condos. There are commercial-type uses near transit that could be rezoned, he says.

He also suggests Surrey, which is currently planning and developing the region's second metropolitan hub at Surrey City Centre.

Dr. Hulchanski sees the industry's interest in rental as a sign that they are perhaps growing more cautious.

"It's steady, long term money," Dr. Hulchanski says. "One logic of successful condo developers in favour of rental is that they know that the current game is lemming-like – only condos being built, and a lot of them, and it's not sustainable. They are going to get caught at some stage – in a big way or a small way, they are going to get burned. By not doing some condos, [the building industry] helps the condo market have some stability."

Given the authority, Dr. Hulchanski says it would be easy enough for the city to simply mandate that any new project in a defined, high-density area is now rental only. The zoning could apply for a given number of years, or be permanent. The point is to introduce fairer rules in an overheated market with a lot of money at stake.

"Give [developers] the opportunity," Dr. Hulchanski says, "because right now, a condo developer – an aggressive one that goes after city councillors … to get their vote for massive rezoning – they make a massive amount of money and keep out other developers who would build something good, but who can't compete with that."

He agrees that some landowners will balk if their properties are rezoned for rental. It's a challenge.

"The land will be worth more if zoned for increased density, period. But yes, the same zoning would most likely be worth a lot more if it was for condos," he says. "Yes, that will be a political issue - zoning always is, and this is a real big one.

"But I think they should consider it, and should be doing it."

Again, Dr. Hulchanski says speculative demand needs to be addressed in concert with adding supply. He is open to a heftier foreign buyer tax and a ban on foreign buying of existing properties, such as what is happening in Australia and New Zealand. 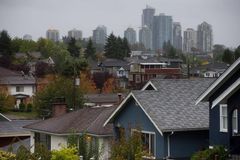 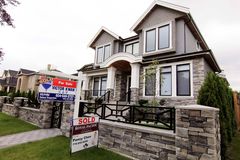 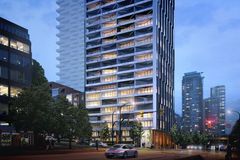