Developers in the Lower Mainland say they are building to meet a surge in demand for townhouses, both the compact urban kind, and the big-as-a-house kind for boomers who aren’t quite ready for a condo yet.

Typical townhouses used to include a backyard with detached garage. But with land costs at a premium, the old-style townhouse no longer makes sense. Now, the “stacked” townhouse has become the norm, since the units, built side-by-side and top and bottom, take up less space but can still come with underground parking and private outdoor spaces. The compact form also offers relative affordability and buyers have caught on; the market for townhouses is booming.

“A little while ago, I predicted the death of the townhome,” says Jason Turcotte, senior development manager for Cressey Development Group. “I’ll qualify that today by saying it’s still true – but it’s the death of the traditional townhome, and that applies beyond the borders of the city of Vancouver.

“What’s happened is the development industry is starting to meet those requirements in a slightly more dense form. And that’s why you are seeing the production of more of it. That dovetails with the 30-something buyer that now cannot afford to buy a single family house.”

It dovetails too with the roller-coaster ride that the detached-house market is starting to take. The attached house is starting to look like a more stable product.

Royal LePage statistics released this week show that the median price of a bungalow in Vancouver went up 33.5 per cent year-over-year, to $1,288,520. That’s not surprising, says Randy Ryalls, Royal LePage Sterling Realty general manager. The unbridled enthusiasm in the market only started slowing due to consumer fatigue in the spring.

“The market we had in the spring was unsustainable by any measure – it was nutty,” says Mr. Ryalls. “I think you will see an adjustment in the detached market more so than the townhouse or condo market. Most people would say they have already seen a correction in the detached market, for sure. There’s no question we are not able to sell a house right now for the same price we could in the spring. But condos and townhouses are doing just fine.” 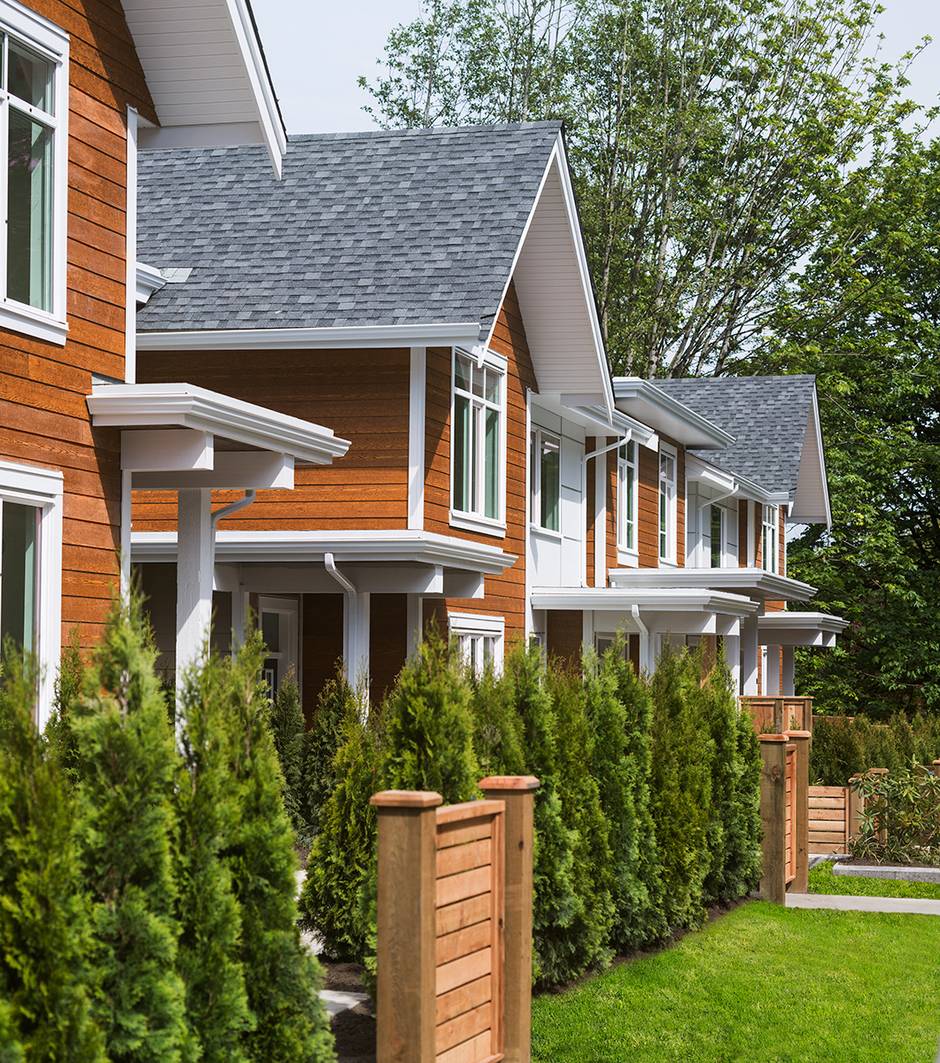 More granular data from SnapStats shows that adjustment is already happening. There was a 16-per-cent price drop in detached houses on Vancouver’s west side in September. The median sale price dropped from $3.55-million in August to $2.99-million. Out of 617 houses listed, only 10 per cent sold. However, 40 per cent of west-side condos and townhomes sold that month, holding steady with a median price of $665,000. On the east side, 54 per cent of condos and townhomes sold, with a median price of $475,000. In north Vancouver, condos and townhouses rose 23 per cent in price, to $590,000. In Tsawwassen, condos and townhouses shot up 40 per cent. Only west Vancouver’s condo and townhouse sales dropped in price, by 23 per cent. Overall, according to the stats, the attached market is holding far steadier than the single-family house market.

However, the detached-house market in much of the region remains unaffordable for the average household income – and nobody expects it to become affordable again. That means there’s a pent-up demand for the townhouse. The city of Vancouver is encouraging such development, and developers are responding.

“We’ve been increasing zoning opportunities by changing the zoning,” says Anita Molaro, Assistant Director of Urban Design for the city. “They are definitely building more now because they are able to.”

The city started allowing the stacked townhouse in 2013, with the Norquay Village neighbourhood plan, followed by another stacked townhouse zone in Marpole. The new Grandview-Woodlands plan includes townhouses, so city staffers are writing new zoning that will go to council for approval next year, says Ms. Molaro. She says they’re including stacked townhouses in phase three of the Cambie Corridor, too. It’s part of a citywide effort to use townhouses as transition zones between higher-density buildings and single-family houses along arterial roads.

Eric Andreasen, vice-president of sales and marketing for Adera Development Group, says the townhouse demand far exceeds supply. Adera has built 13 residential projects at the University of British Columbia, and they’re currently marketing townhomes as part of the new 106-unit Virtuoso. It is 75 per cent sold. He says the last 18 months have been “amazing.”

“If you can assemble a big enough lot with the right zoning, you can do townhomes – not several hundred units, but 30 or 40 units type of thing. But they are spoken for pretty quickly, because there is a ton of demand. It’s a higher price bracket [than a condo], but there are enough people that can afford it.

“Where a single family house might be around $2-million, your townhomes are going to be 60 or 70 per cent of that. It’s still a lot of money. But you have people who want to stay close to the core of the city. That’s the niche that townhomes fill.” 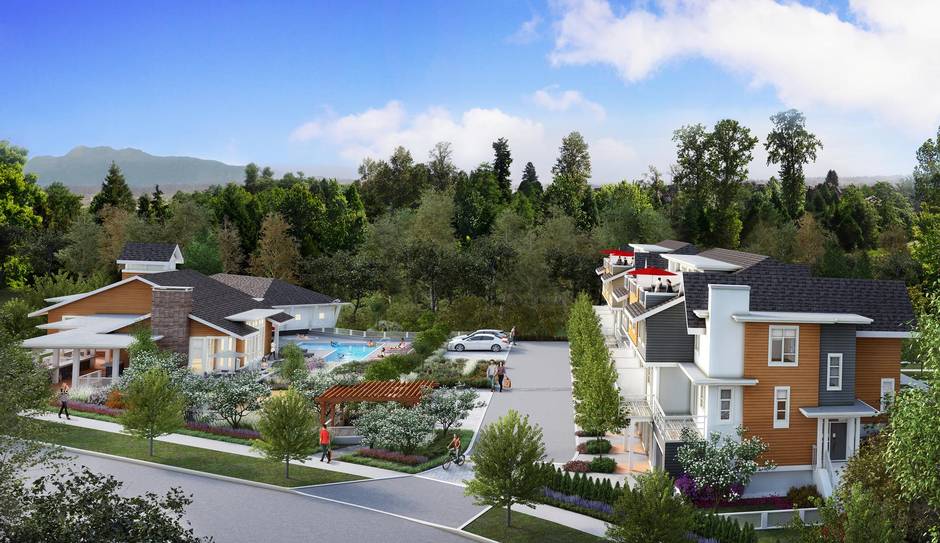 Mr. Andreasen says demand is equally big outside city limits. The developer is also marketing the last phase of South Ridge Club in South Surrey, which is made up of 72 executive townhomes with rooftop patios around a private clubhouse with pool, movie theatre and other amenities. The first phase has sold out and the second phase has about 11 units left. He expected to sell to downsizers, but many of the buyers are young couples and families.

“South Surrey has dramatically transformed over [the] last eight or nine years. There are single-family houses still going in, but there is an enormous number of townhome applications going to the city.”

Cressey has been busy marketing townhomes to both ends of the market – the wealthy and the young buyer that can’t afford a house. With the 40-unit McKinnon, Cressey is marketing luxury townhomes in Kerrisdale that are around 2,500 square-feet and, according to Turcotte, are priced around $1,200 a square foot. Cressey has two more proposals underway on the east side, at Commercial Drive and Pender Street, and another at Kingsway and Knight. They’re considering stacked two and three bedroom townhouses for both. The two bedrooms would be around 1,100 square-feet and the three bedrooms around 1,250 square feet. He says the starting price come in well under $1-million.

The developments make sense in areas where single-family homes aren’t insanely priced, says Mr. Turcotte. And houses on major roads are usually more reasonably priced, anyway, which makes small land assemblies easier. So, the popularity of the townhome, he says, is due to a combination of zoning and regulatory conditions, but also simple economics.

Mosaic Homes has been building townhouses throughout the Lower Mainland for the last 16 years, and vice president of marketing Geoff Duyker says he’s also seen a surge of interest. 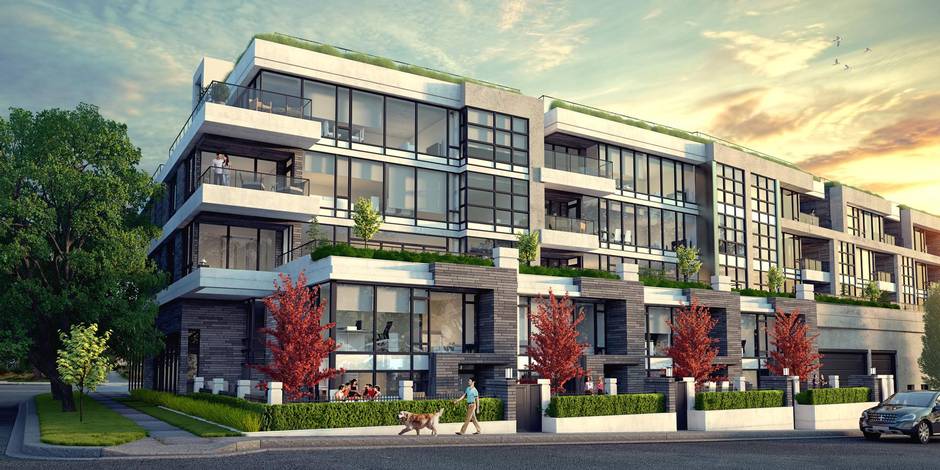 This year, the developer sold nearly 100 townhomes at its Kitchner project in Morgan Heights in South Surrey in a two-month period. Mr. Duyker says they’d normally expect to take a year to sell that many homes. So they fast-tracked another, bigger, 200-unit project also in the Morgan Heights neighbourhood, which went on the market this month. They sold more than 50 townhomes on the first day of sales. Those homes sold anywhere from $400,000 to $800,000. A house in the same neighbourhood, he says, would sell for around $1.5-million.

In Vancouver, Mosaic is building the Edward at King Edward and Yukon, which will include townhomes priced at around $1-million. That’s a lot less than the $2.99-million median sale price for a detached house on the west side in September.

In terms of price, Mr. Duyker believes the townhouse is at or below where the single-family starter house was five years ago.

“It’s made me wonder, ‘what is this shift?’” says Mr. Duyker. “And I really believe it’s the escalation of single-family home prices, and the lack of accessibility and supply of a single family home.

“It’s a monumental shift in housing expectations. You had many young buyers and young families holding out for a single family house and they have reconciled that fact that it might just not be in their future. The townhome is the next best option.”