The Vancouver region's condo prices are soaring as buyers flock to multifamily units that are often at least $1-million less expensive than detached houses.

The benchmark price for condos that traded hands last month in Greater Vancouver reached a record high of $655,400, up 1.1 per cent from November and a gain of 25.9 per cent since December, 2016. The benchmark price is an industry representation of the typical home sold in an area.

"We've seen a steady increase in multifamily pricing because there is robust demand. Friends of mine who are trying to buy are seeing multiple offers because there is also limited supply," said Mr. Ilich, whose firm focuses on developing condos and townhouses.

The B.C. government introduced a 15-per-cent tax on foreign buyers in the Vancouver region in August, 2016, temporarily slowing sales and trimming prices for several months.

"After the foreign-buyers tax, some people called it a hiccup," Mr. Ilich said in an interview on Wednesday, adding that, over the past year, housing prices have rebounded, especially for condos and town homes.

It is a seller's market for condos. A measurement closely watched by the housing industry, known as the sales-to-active listings ratio, reached 59.6 per cent in Greater Vancouver's condo market last month. B.C. real estate agents consider it a balanced market when the ratio ranges from 15 to 20 per cent. It is deemed a buyer's market below 15 per cent and a seller's market above 20 per cent if sustained over several months.

There were a total of 6,958 active listings of various housing types in the region last month, down 20.5 per cent from November and up 9.7 per cent since December, 2016, according to the Real Estate Board of Greater Vancouver.

"Competition was intense in the condominium and town home markets, with multiple-offer situations becoming commonplace," board president Jill Oudil said in a statement.

Vancouver real estate agent Steve Saretsky, who specializes in the condo segment, cautioned in year-end notes to clients that speculative activity is part of the reason for the rise in multifamily pricing.

He said the market for detached houses has felt the psychological impact of slower price growth: "As soon as prices stop rising, the positive feedback loop is broken and some sellers are stuck with losses."

In the Fraser Valley Real Estate Board's territory over the past year, the average price for condos jumped 44 per cent to $374,649 while the price for detached properties increased 11.4 per cent to an average of $1,018,629.

Fraser Valley board president Gopal Sahota said there has been an "incredible shift in demand to attached-style homes, particularly in our larger communities" such as the sprawling suburb of Surrey.

Bryan Yu, deputy chief economist at Central 1 Credit Union, said in a recent research note that a provincial program introduced in early 2017 to assist first-time home buyers has helped fuel the condo market. The program is designed to improve housing affordability for residents saving for down payments for their first purchase. 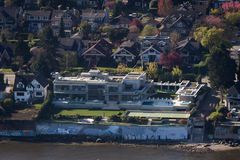