Members of Vancouver's development community say they've seen the light these past couple of weeks as they realize just how British Columbia's new tax measures could impact them.

One of Vancouver's biggest developers says he could be looking at an additional $8-million in property transfer taxes alone.

The most controversial measures are the province's additional 2-per-cent property transfer tax and the school tax on residential properties valued at more than $3-million. Those taxes aren't just targeting wealthy people who are buying up west side houses, or homeowners who've amassed significant equity as housing prices soared. Developers who purchase parcels of land for future housing projects must also pay. And those taxes, they say, will drive housing costs up because the added costs will get shifted over to the consumer.

Polygon Homes president and chief executive officer Neil Chrystal recently wrote a six-page letter to Finance Minister Carole James, suggesting revisions to the government's new tax measures. In the letter, Mr. Chrystal said Polygon has built 28,000 homes in the region since 1980. He recommends that multifamily residential projects be exempt from the 2 per cent property transfer tax increase. He says he's looking at an additional $8 million in property transfer taxes alone, based on current projects that have yet to close.

The developer also took issue with the speculation tax, as it's called, which inadvertently included taxpaying Canadians who own secondary homes in the province (the government just introduced a range of exemptions and reductions for locals, and reduced the out-of-province tax to 1 per cent). A speculator, he said, is someone who purchases a home without having the intention of keeping it; those people might flip the property before it has even closed. Mr. Chrystal said he fully supports the initiative to identify those speculative buyers, and to assist Canada Revenue Agency.

He said he has no problem with other measures that directly address speculation, such as the 5-per-cent property transfer tax on houses valued at more than $3-million.

"It makes sense to charge a premium for those who can afford and are willing to pay more for a home at the high end of the market," he wrote.

But he took issue with the new "school tax." The annual property tax is on any home over $3-million, and it will also be applied to vacant residential land.

He recommended that government exempt vacant property and land that is being developed. Otherwise, he said, the extra holding costs for developers will be passed along to consumers. He also recommended that development applications under way be exempt from the tax, and a tax credit be provided so that the tax can be recovered when the property is developed.

"The tax has been cleverly disguised as a 'school' tax but in my opinion it is simply a cash grab from the wealthy and the development community," he wrote.

Another major developer, who did not want to be named, said he has spent days crunching numbers as to what the worst-case scenario could look like. "People are starting to wake up to it. The light is going on."

Hani Lammam, vice-president of development and acquisitions for Cressey Development Group, calls the tax measures "an attack" on the industry. "Maybe the devil is in the details, but we don't have enough information to understand what the consequences are going to be," he says. "As a developer, I am going to buy a property designated for residential use, and my objective is to try to build affordable housing. Well, you just charged me an extra 2 per cent of my purchase price."

Michael Geller, a developer and real estate consultant, says there is a sense in the development community that they were blindsided by the new tax measures. He says the risk is that the uncertainty and fear of added costs will cause a slowdown.

"You could say, 'sure, hit the people that can afford that $4-million house.' But when you buy that $4-million or $40-million development site to build affordable housing, or any kind of housing, you are now being hit by this additional tax, and that certainly wasn't something that was made clear," he says.

Mr. Lammam argues that incentives are needed to build affordable supply. "Everybody acknowledges that [affordable] supply is an issue. But nothing has been done to show us how we are going to create more affordability. All they have done is just pile on more costs, which, in the short to medium term – until we understand what the whole package is going to be – is just adding more costs on. As developers who try and build affordable housing, we are just going to sit on our hands, because there is nothing we can do in this environment."

Generally, the development community agrees that the situation had become out of hand and that action needed to be taken. The effects of the foreign buyer tax, initiated by the Liberal government in 2016 and stepped up to 20 per cent in the new budget, is perceived as already having an impact across the housing market. Its more direct effects are felt in the high-end market. Mr. Geller refers to the FBT as a "necessary evil."

"A few [developers] have kind of ruined it for a lot of others. We don't have to feel sorry for them," he says.

As a consequence, he believes that investor and speculator activity drove prices out of control, and that did need adjustment.

"The land and construction costs, they have escalated so much, and I believe in part because people were selling these projects to investors and foreign buyers. That was a significant portion of the market. So now, if they are not going to buy, and I don't know if they will or not, you almost have to now sit back and wait until both the construction costs and land values can somehow fall back into line."

The new tax measures, however, might have "unintended consequences," he says. "As for the speculators who were flipping condos, or flipping houses, I am not convinced that they are necessarily going to be caught in this net."

The government's promise of a database, or registry, of all assignments of condo presales will be a step toward stemming speculative buying. The presale market is believed to be the source of a lot of hidden and largely untaxed speculation, by local and overseas buyers.

However, most of the measures appear to be designed as a wealth redistribution measure, and that wasn't something most people were prepared for, says Conwest Group chief operating officer Ben Taddei. Conwest builds industrial, commercial and residential, including the rental apartment block Clark Park at Knight and E. 15th Avenue in Vancouver.

"The measures instituted in this 30-point plan are going to do very little to reduce speculation," says Mr. Taddei, who believes speculation had become a problem. "I think it is about the redistribution of those taxes to different forms of affordable housing -that's what the plan is really about. I think the NDP knows that, obviously.

"I think they have to walk a very delicate line, because the local real estate and construction industry is, I think, the biggest industry in the region. It employs a lot of people. It could slow the economy significantly."

In his letter, Mr. Chrystal pointed out that the real estate construction industry is the single largest contributor to the GDP.

"To think we can just add new layers of taxes and expect things to continue at the same pace of development is optimistic," Mr. Chrystal wrote. "I hope the government has a Plan B because if the construction industry falters, thousands of jobs could be lost and then what happens to our economy and your financial projections?"

David Goodman, principal of HQ Commercial, a marketing and sales company that specializes in apartment buildings, has been fielding calls and e-mails from "frantic" landlords, who were concerned that owners of rental buildings would be levelled with the new school tax. The government assured him and other stakeholders that the tax would not apply to rental buildings.

However, Mr. Goodman says developers of new rental construction could be looking at added costs because even if they get a tax rebate, they won't recover the interest on all that tax money paid upfront.

"I would say the big guys, the big six or seven developers, they'll sail through it – they will be okay, but they may just cut back a bit," he says. "The mid-tier, smaller developers, this will cause them tremendous anguish because they don't have the deep pockets the major developers have. If we want rentals, make it a little easier to crunch the numbers so that margins aren't always squeezed."

Mr. Taddei, who has two rental rezonings in the works, says the industry needs answers soon, or people will jump to conclusions and continue to react.

"What happens when you institute changes like this is, the market reacts, and there is a settling period. It finds a new equilibrium and then it moves on. So I think it's incumbent on government to reduce the period of uncertainty." 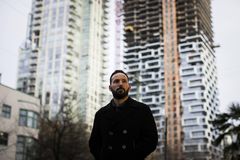 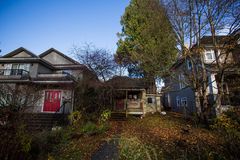