The Vancouver region's detached-housing market has turned hot again as the affordability crisis becomes a priority for the new political alliance formed by the BC NDP and Greens.

While the market for detached homes cooled in the second half of 2016, condos and townhouses experienced a short lull before continuing on a tear, smashing former highs. The average price for condos sold in Greater Vancouver last month hit a record of $656,919, up 15.1 per cent from a year earlier, and the average price for townhouses jumped 7.4 per cent to a new high of $858,994.

This week, the BC NDP formed a political alliance with the Green Party to co-operate, notably with plans to vote down the BC Liberals once Premier Christy Clark reconvenes the legislature. Reining in housing prices ranks high on the agenda for BC NDP Leader John Horgan and BC Green Party Leader Andrew Weaver.

With Mr. Horgan poised to become British Columbia's next premier by late June or early July, real-estate officials are bracing for what might be in store in Greater Vancouver – Canada's most expensive housing market.

In August, 2016, the BC Liberal government under Ms. Clark imposed a 15-per-cent tax on foreign home buyers in the Vancouver region. During the recent election campaign, the Greens proposed raising the tax on foreign purchasers to 30 per cent and expanding it province-wide.

Bryan Yu, deputy chief economist at Central 1 Credit Union, said significant changes are looming, assuming the BC NDP forms a minority government that would be backed by the Greens.

"On the housing front, policy changes will likely address speculation via a flipping tax, as well as a tax on homes where owners pay little or no local income tax," Mr. Yu said in an economic note released Friday. "This would slow investor demand in the market and pricing momentum. Policy uncertainty may also curtail domestic demand, but only temporarily."

Last month, Greater Vancouver's benchmark residential price reached a new high of $967,500, up 8.8 per cent from one year earlier and a 54.7-per-cent surge compared with three years ago. The industry's benchmark price depicts typical properties sold.

Over all for various housing types, residential sales in the region totalled 4,364 last month, down 8.5 per cent from May, 2016. Still, last month's transactions marked the third-highest volume for May, ringing in 23.7-per-cent higher than the 10-year sales average for May. A record high of 5,173 properties changed hands in March, 2016.

"We're looking forward to working with the new government and would like to be involved and consulted on any type of new programs that they would put in place," Jill Oudil, president of the Real Estate Board of Greater Vancouver, said in an interview Friday. "We don't know what they will actually implement, but ultimately, increasing taxes won't make houses more affordable. There would be unintended consequences that they might not be aware of."

Ms. Oudil said that amid robust demand, new listings aren't arriving fast enough, especially for condos and townhouses. "When the supply is low and the demand is high, that will dictate how it goes," she said.

Sales volume for detached properties began falling in April, 2016. Sales in the detached category fell for 10 consecutive months, but the trend changed in February, with transactions rising month over month in Greater Vancouver.

In the Fraser Valley Real Estate Board's territory, sales in May fell 7 per cent year-over-year while the price for various housing types last month averaged $740,280, up 1.7 per cent from a year earlier.

The price for detached houses sold in Langley last month averaged more than $1-million, up 12.2 per cent from May, 2016. 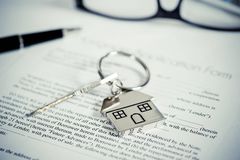 Greater Vancouver condo prices surge, but sales slow down
May 2, 2017
Efforts to cool housing market sparked drop in CMHC insurance
May 30, 2017
Follow Brent Jang on Twitter @brentcjang
Report an error Editorial code of conduct
Due to technical reasons, we have temporarily removed commenting from our articles. We hope to have this fixed soon. Thank you for your patience. If you are looking to give feedback on our new site, please send it along to feedback@globeandmail.com. If you want to write a letter to the editor, please forward to letters@globeandmail.com.
Comments