Karin and Sean Whale had intended to stay the better part of a lifetime in their east side bungalow, but they chose to cash out instead.

The couple, both 45, with a seven-year old son, Dayton, purchased their 1942 home with oak floors and coved ceilings in 2009, for $500,000. They built a garage and they renovated the downstairs and made the little house just the way they wanted it. But as the years went by, and other families around them sold and moved away, and the new construction went up around them, they began to feel like misfits.

They just sold their property – a 43-by-100-foot lot – to a builder for $1.48-million, and two months free rent – which will help them make the transition when they move to their new home on Vancouver Island. There, outside of Nanaimo, they’ve purchased a 3,000-square-foot house on one-third of an acre that is park-like, two blocks from the ocean, for $455,000. 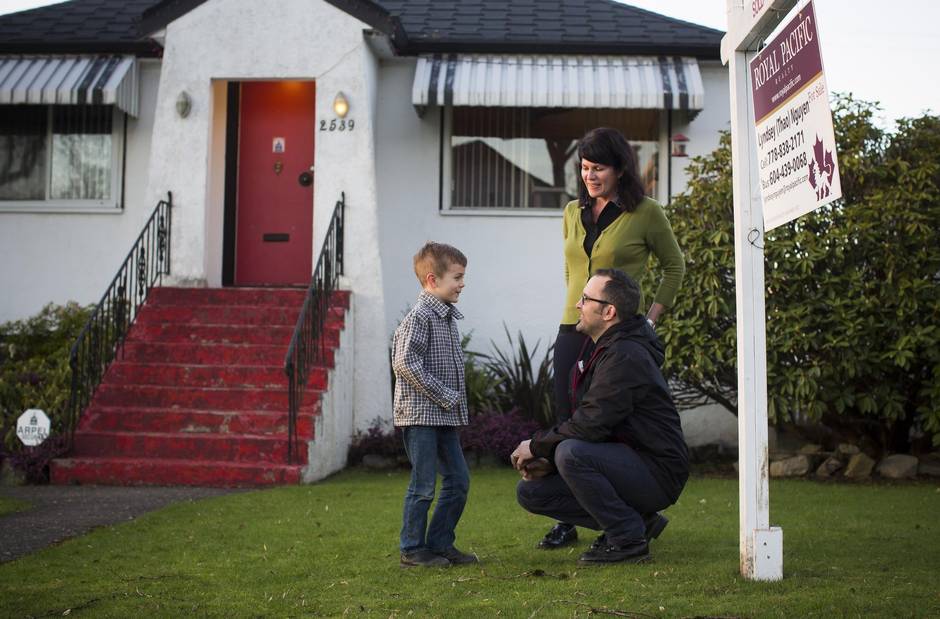 Sean and Karin Whale with their son, Dayton in front of their recently sold home in Vancouver. (Ben Nelms for The Globe and Mail)

“I feel like I’m out of step,” says Karin Whale. “I’m not interested in Vancouver anymore. It’s not my city anymore. And I’m young enough to get out and have a better life for my son. I’d like Dayton to grow up like I grew up in the seventies; there were parks and space, and a yard, and other kids.”

Their demographic – people who’ve done well in Vancouver real estate and are looking to cash out – is part of the drive behind record-setting sales volume and prices for the city. February was a record-breaking month with sales of all housing types 56 per cent higher than the 10-year average. The benchmark price for a house on the city’s west side reached $3-million. The average sale price for a detached house reached $2.87-million in February. And the Fraser Valley also reached a record-breaking number of sales that month, breaking a record set back in 1992.

Sales and prices are expected to continue on the same trajectory, says Brad Henderson, Toronto-based president and chief executive officer of Sotheby’s International.

“We can’t see it changing for 2016,” he says. “We think the number of sales is going to continue to rise, and the benchmark price. It’s hard to predict what that would be, but certainly it will continue for the foreseeable future.

“The primary reason is we don’t see the fundamentals changing any time in the next 12 to 18 months … there is no immediate relief, or massive relief.”

In this strong seller’s market, it’s tempting to dump the Vancouver home and buy into a smaller market where acreage, scenery, and less congestion are bonuses. Janice Stromar, incoming president of the Vancouver Island Real Estate Board says locals, Albertans and Vancouverites are driving their market.

“We’re getting Vancouverites cashing out. It’s an opportunity people are taking advantage of right now.”

In the Nanaimo area, the average 12-month price for a detached house was at $395,000 as of February.

“I’ve been selling real estate for 28 years and I grew up in Nanaimo and I’ve never seen the market like this before,” says agent Joan Miller, who sold the Whales’ their new home.

Ms. Miller says houses are being snatched up, with inventory at an all-time low. Buyers are either downsizing or upsizing. 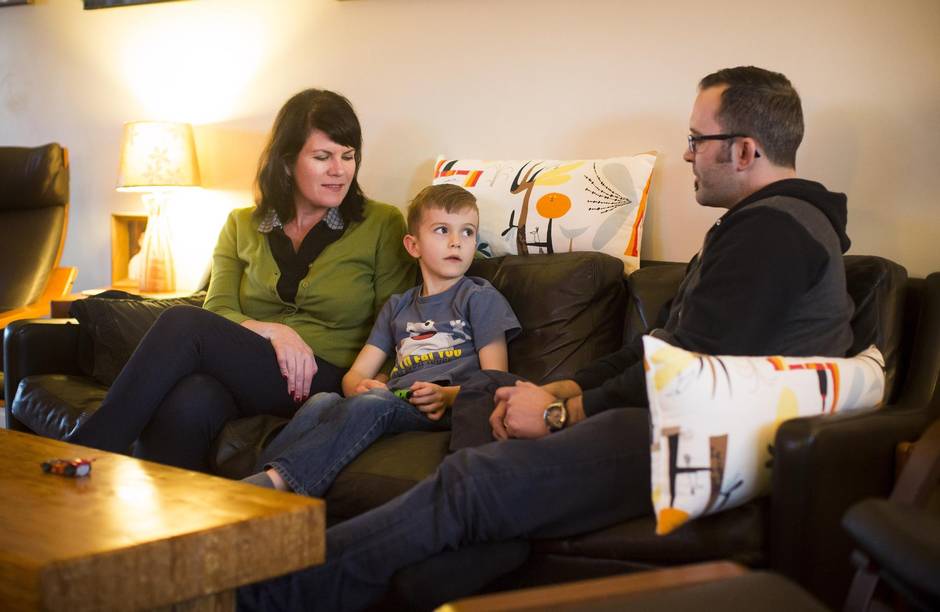 Ms. Whale, a liquor agent who works for a distributor, can work on the Island. Her husband, who’s in the film industry, will commute to Vancouver. They’ll have no mortgage and cash in the bank; maybe they’ll buy a secondary property.

She realizes that because they got into the market before prices went stratospheric, they’re better off than younger people who can’t buy any kind of property. A builder purchased the house, intending to demolish the bungalow and rebuild. There is also the possibility that their house could sit empty for several months before being flipped. A house at 7911 Elwell St. in Burnaby, purchased as a teardown, sold in September for $1-million. It was recently put back on the market with an asking price of $1.288-million and sold for $1.416 million, but continues to sit empty.

“Yeah it’s terrible to think it will be demolished. It makes me sad,” says Ms. Whale. “I well up whenever I think about it. It’s got such a nice feeling to it. And all these families have been raised in it since the forties. There’s lots of history. Now it’s just going to be like all these other houses, with particle board, built with nail guns and no charm.”

Although some will argue that lack of supply is driving the market, immigration lawyer Richard Kurland says the more interesting question is demand.

And that demand, continues to be the offshore buyer with ample cash.

“That’s a constant. People coming here will not change,” he says, adding that it’s fair enough, considering the province’s beauty.

“The word is out. Canada is safe. Vancouver property is good to own. And now that the secret is out all over China, whether you have immigrant investors or don’t have them, the Vancouver market will remain hot.”

He cites Immigration Canada figures that about 1,500 immigrant investor families, or 4,500 individuals, make their way to Vancouver each year, through the Quebec immigrant investor program. The program is a back door entry to Vancouver, in which investors are required to invest $800,000 into Quebec. However, he compared their applications with residency card addresses and found an estimated 90 per cent had moved to Vancouver instead. 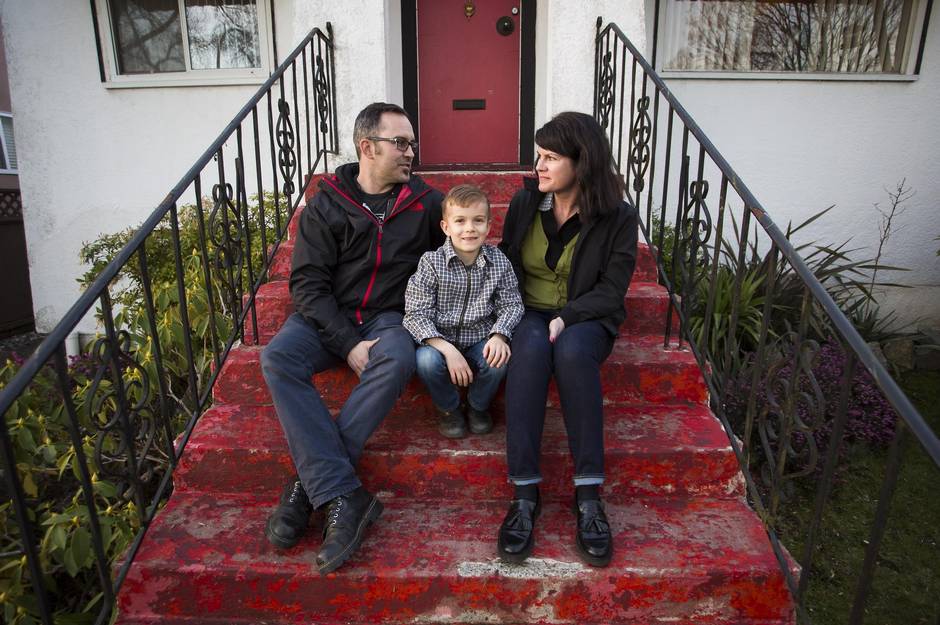 As well, the new multiple entry temporary resident visa has potentially become a major vehicle of entry to the Canadian real estate market for people from China. The visa is good for 10 years and allows visitors to come and go, with a maximum stay of six months. It’s proven hugely popular. In 2014, the year it was officially introduced, more than 337,000 people from China obtained the visa. The uptake in visa applications correlates with Vancouver’s record year for real estate sales in 2015. It’s also stoked the “property sales tourism” industry, as Mr. Kurland calls it. He believes, however, the visa, which can be cancelled at any time, is far less desirable than permanent residency.

“With [permanent residency], there are no ifs, ands or butts. They must let you in. And it’s very important as insurance in case China goes wonky.”

As to why offshore buyer focus is so intent on Vancouver, he says it’s simply a matter of unfamiliarity. But the markets outside of Vancouver will continue to feel increased pressure as the new buyers become more familiar with B.C.

“It’s simply because the people in the industry facilitating this are unfamiliar with the market.”

“What I see as an immigration citizenship trend is the flow of Chinese millionaires into this region will continue unabated, if not increase, over time. I also see a continuous flow of Chinese exodus capital into the region continuing over time unabated. Canadian property, unlike [those in] other countries, is not considered a public good. That’s what makes it different here. It’s a commodity. And practically speaking, how do you monitor the churn? There’s no master at the switch. Government has no appetite to get involved in this.”