Vancouver's burgeoning tech sector has two major strikes against it when it comes to competing with Seattle and San Francisco for in-demand workers on the West Coast: sky-high property prices combined with relatively low wages.

A new analysis by Point2 Homes, an international listing platform, finds that while Vancouver offers slightly cheaper housing than San Francisco, Seattle offers wages in the sector that are comparable to those of Silicon Valley and real estate prices almost half those of the other two cities.

The report compared the average wages of a software engineer with housing and living costs in the three coastal cities and found Seattle is by far the most affordable destination.

In Vancouver, these tech professionals can expect to earn about $72,000 each year, compared with $142,000 in Seattle and $145,000 in San Francisco, according to the report. Meanwhile, the report stated Vancouver and San Francisco have median detached house prices almost double Seattle's $803,000.

That means Seattle has the best annual income-to-house price ratio among the three, the report stated.

Vancouver immigration lawyer Richard Kurland said he agreed with the report's conclusion that, although Vancouver's two rivals offer bigger salaries with bigger-name companies, many IT professionals decide to relocate to the Canadian city based on more affordable health-care and education options.

"Those are the 'pull' factors," said Mr. Kurland, who publishes the Lexbase newsletter on the Canadian immigration system. "The intangible 'push' factor is the extent to which the person feels unwelcome, or fearful of what may happen next [somewhere else].

"It is the 'push' factor that is the motivator for many IT people seeking entry to Canada."

Since President Donald Trump rode into office on a wave of anti-immigrant sentiment, the U.S. tech sector has decried rumours the federal government will target a special class of temporary work permits that technology companies have relied upon to recruit highly skilled engineers.

On Monday, the U.S. Department of Homeland Security announced it would not shut down a special program that offers 65,000 visas, but would scrutinize each applicant and their company to crack down on alleged fraud.

In recent months, Canada's tech community has called on Ottawa to seize the moment by easing the path to Canada for workers with hard-to-find skills in software development, engineering and other areas. With more than 100,000 employees, British Columbia's tech sector employs more than the province's oil-and-gas, forestry and mining-related industries combined, but local tech firms and Premier Christy Clark have been lobbying Ottawa to streamline the immigration process so B.C. firms can more readily recruit top foreign talent.

While housing affordability is a major issue for those living in and around Vancouver, Point2's report noted that the area still has the cheapest average rent and most affordable public transportation and grocery costs of the three cities.

The staff at most of these Vancouver companies skew younger, which means they are not as likely to be looking to buy property anyway, according to Michael Tippett, co-founder of a new firm, True North, helping venture capitalists set up Canadian subsidiaries.

Vancouver, and British Columbia, will continue to benefit from the Trump administration's oppositional approach to immigration, said Mr. Tippett, who became a fixture of Vancouver's startup community after returning from working in the United States.

The U.S. tech sector relies on foreign talent because there are not enough locals to fill these jobs.

"It's a whole lot easier to hire someone locally, and you don't [apply to hire foreign workers] unless you have to," Mr. Tippett said. 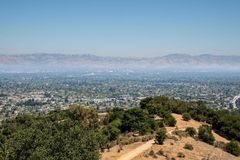