We all know that feeling of riding up an elevator in uncomfortable silence with strangers, then walking along a claustrophobic corridor to get to someone’s apartment. It’s only when you’re inside the door that you can really relax.

But what if you could live in a building where even the public space was welcoming? Where people hung out?

With that experience in mind, a group of Vancouverites is creating a village within a condo tower.

In the past eight months, the group has approached developers of all sizes, giving each developer their best two-minute elevator pitch to purchase a block of condos within a project that is currently in the planning stage. They’ll buy their own condos at market rate, but use their own design ideas to make the units and hallways feel spacious. They’re looking for shared spaces, such as a kids’ play area, communal dining area for nights they feel like eating together and room for out-of-town guests.

In exchange, the developers sell several presale units upfront and get the feel-good marketing strategy of including a co-housing project within their development.

The group, called Our Urban Village (OUV), gets the benefits of a familiar community, and the reduction in living costs that comes with shared spaces, as well as shared meals, child care, cars, bikes, workshop, yoga classes and whatever else they choose to share. For example, when you have a shared room for out-of-town guests, that can cut around $150,000 off the cost of the price of a unit. You don’t need as many bedrooms.

They’re calling it “co-housing lite,” and the members believe it’s the first of its kind in North America, or even Europe, which is where traditional co-housing started. Co-founding member James Chamberlain, a vice-principal at an inner-city school, says OUV has nine members, including his partner, Jean-Marie Russell, and eight associate members who are in the process of deciding whether they are a fit. While co-housing typically involves the onerous process of finding suitable land and having it developed, this version requires finding a developer with a project already under way. 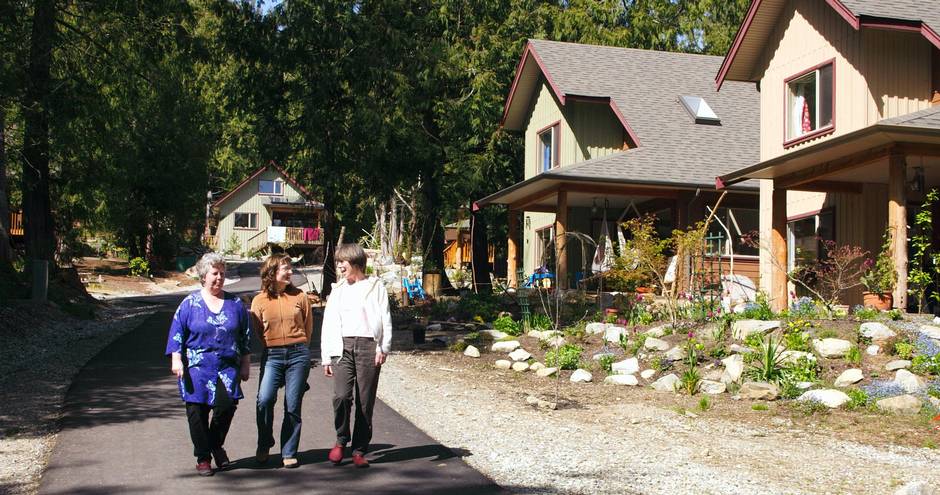 “It really takes a developer with a social conscience,” Mr. Chamberlain says. “It is about an alignment of values and not just a cookie-cutter developer.”

It’s a bit like piggy-backing onto another project, and it’s a resourceful way into the home ownership market in an increasingly unaffordable city. The units will only be priced at a small discount, but without having the other expenses, their overall living costs will be lower.

“It’s like a buyers’ club of presales with a common space,” Mr. Chamberlain says. “You just have to find a developer that thinks outside the box.”

He says that last summer, to determine whether their idea would fly, the group met with the city’s chief housing officer, Mukhtar Latif. Mr. Latif told them that the earlier they got into a project at the planning stage, the more influence they could have around its design.

“We met with eight or nine developers, and some weren’t interested in us right away. And a couple of them said, ‘I’m listening for barriers, and I can’t see any.’ We’ve been well received by small, medium and large developers, and we’re in negotiations.”

He says three developers are interested, though he would not name them as negotiations are ongoing. One project is small enough that the co-housing project would occupy the entire 17-unit building. Another developer has suggested an internal spiral staircase or elevator that would link their three lower-level floors within a 29-storey tower. In that case, the group was concerned about the added expense.

“They said, ‘In the grand scheme, that’s not expensive in a large building.’ They said, ‘This is doable.’” 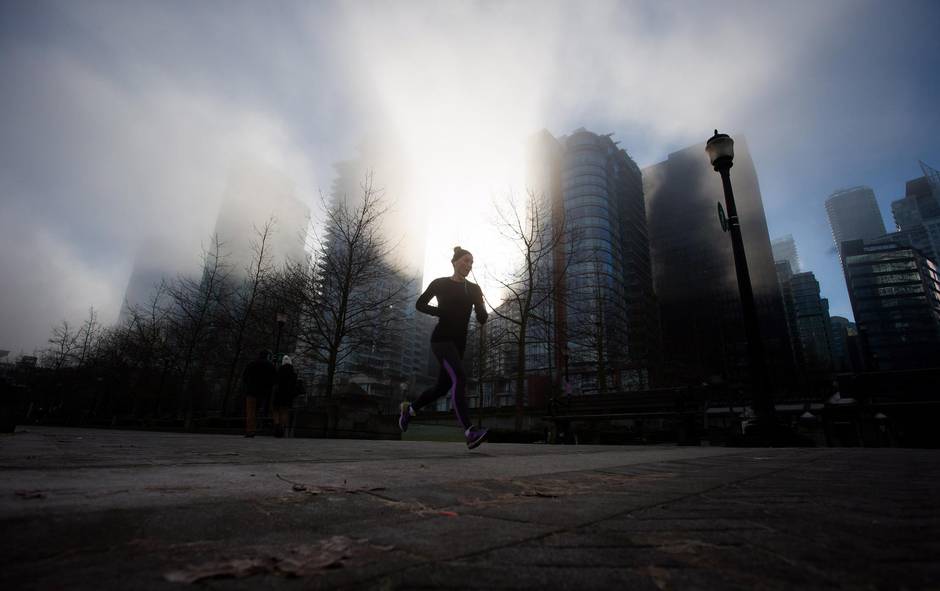 Condo towers are shrouded in dense fog as a woman runs along the seawall in downtown Vancouver, B.C., on Sunday January 3, 2016. (Darryl Dyck / The Canadian Press)

Mr. Chamberlain says OUV is an idea that could become a template for others because it’s so versatile.

“They already have land, so we are taking a shared risk with the developer. We are not financing and purchasing land from scratch, but we are helping them in that they don’t have to do a ton of work on presales and marketing.”

When they do commit to a development, the equity members will each pay a deposit to be held in trust by the developer. They will purchase their own individual units at a market rate currently at about $700 a square foot, which will likely include the cost of the shared spaces. Their wish list for the units includes nine-foot ceilings, lots of natural light and proximity to transit.

“It’s not like strata,” Mr. Chamberlain says. “Some stratas become bylaw-ridden, and you get characters that nobody gets along with. We want to live with a community of people we care about. We want to reduce the social isolation of a typical tower in a city.”

In order to come up with design ideas, they are working with architect Inge Roecker, an associate professor at the University of British Columbia.

One day last week, a couple of OUV members met at Ms. Roecker’s Chinatown office, the walls of which were plastered with designs for the village as part of her students’ class project. The students gave presentations of their designs, which included private units that opened into public gardens and play areas, and wide, street-like outdoor passages for socializing.

“What is it about a village that makes it social?” asks Ms. Roecker, who is from Germany. “I wash dishes, and I see out the window. I see kids run by, I am connected. How we build now in towers is exactly opposite. It’s totally missing. It’s partly because of economics. You go up and you look out at the view but we ignore everything else.”

Knowing the neighbours is what attracted founding member Kathy Sayers, who sold her False Creek condo and is now renting until she buys into OUV.

“I moved every two years when I was a kid, and I have this longing to know my neighbours – especially in Vancouver, which is a gorgeous city but feels isolated,” she says.

They are still welcoming new members, but they don’t want to get too big. For co-housing to work, it should stay in the 15- to 30-member range, Mr. Chamberlain says. Beyond that, the community starts to lose its cohesion.

So far, the group is made up of all demographics and all ages, including couples with kids or without, singles and young families. Some are renters; others are homeowners who will sell. To screen out people who might not fit with the concept, there’s a three-month getting-to-know-you process before people pay the $500 membership fee. Those who don’t join, says Mr. Chamberlain, usually realize that they’re just not into making decisions by consensus, or can’t handle the idea that they won’t be able to know the exact dimensions of their living space upfront.

Because it’s an urban project, there’s also a big emphasis on walkability.

“We don’t want to live on the periphery of the city. We want a walkable neighbourhood that’s amenity rich. Most of us don’t want to use our cars so much anymore. That’s another cost that we can cut.” 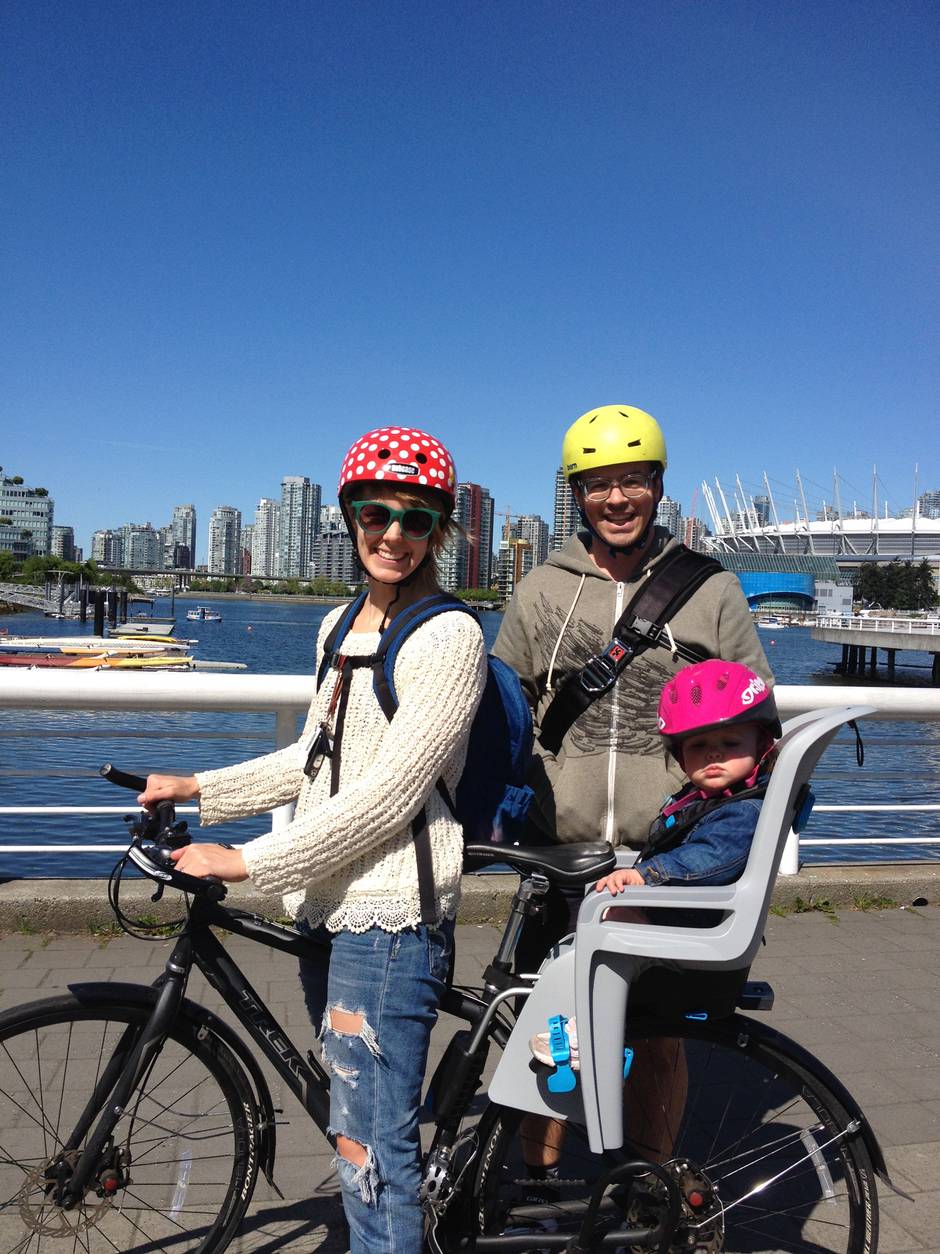 Kerrie O’Donnell and her husband Stephane Voyer, who are both 36, currently live in a co-op with their small children. They want to maintain that close-knit community, but they want to own a space that works better for a family of four. And they don’t want to live in the suburbs and spend time commuting.

“Nobody knew each other,” says Ms. O’Donnell, who is from Boston, and lived in the suburbs as a teen. “People drove into garages and didn’t talk to their neighbours. If that is what comes with owning a house, I don’t need it. I am up for doing something new to get all the really wonderful things you get living with other people. And I want my kids to be around that, too.”