A developer better known for condos and townhouses is banking on the huge demand for rental apartment buildings to become a bigger part of its business.

Mosaic Homes is launching its first rental apartment building in Port Coquitlam in the Fremont neighbourhood this fall.

Geoff Duyker, Mosaic's senior vice-president of marketing, says the units are a far more affordable alternative to those found in Vancouver, where as of August the median rent for a one-bedroom unit was $1,990 and a two-bedroom $3,200, according to the Padmapper rental tracking site.

"Five years ago it wasn't that common to do purpose-built [rental] anywhere, and that has really changed," Mr. Duyker says. "I would say most residential developers, Mosaic included, have shifted to include purpose built rental as part of their business plan. That's certainly true for us. For the longest time, no one was building it, and I think that finally has come home to roost."

Mosaic built a master planned community of 650 homes in Fremont, including 450 town homes and four condo buildings. The strata units went on the market in 2013 and sold out earlier this year, ahead of schedule. Late in the process, the company decided to make one of the buildings a rental building, but too late for the usual financial incentives from the municipal government.

"It would have been easy to sell the rental homes, but we decided we wanted to take a more long term approach, and be there as part of the community," Mr. Duyker says, adding that Mosaic will manage the units.

The company already manages 60 rental homes in North Vancouver and has plans to redevelop a site in Lynn Valley with rental homes. It is also in the early stages of a rental project at the Dairy Queen site on East Hastings, with retail on the ground floor.

Mosaic first entered the rental apartment market in Seattle, which has a remarkable apartment boom under way. Nearly 10,000 new market-rate apartments are expected to launch in Seattle this year, as part of a construction boom that will continue for the remainder of the decade.

"That market has delivered a bunch of rental, partly because they have employment dynamics with Amazon and Microsoft, and others. They have high-income jobs that are drawing people from around the world. They need housing on demand.

"Vancouver is now in catch-up mode."

Mr. Goodman specializes in the marketing of rental apartment buildings and condo development sites, and he makes a point of tracking new rental building numbers. While there's been momentum over the past five years, with the exception of New Westminster, the region has a long way to go, he says.

He is exasperated by the situation, saying many developers would like to build purpose built rental buildings, but municipal policy and red tape is getting in the way.

And many rentals proposed for Vancouver won't get built, Mr. Goodman says. "Because the numbers don't work, it takes too long, or they decide they would rather build condos."

Mr. Goodman says municipalities shouldn't blame the provincial or federal government. He says there are too many obstacles in the development process for rental buildings, which is even more time consuming than condo development.

"There are a lot of majors who would build rentals if they could. I point the finger at city administration for making it extraordinarily difficult.

"It's a very long, laborious process to build rentals in our city," says Mr. Goodman. "Meanwhile, the condo developers are having a field day. They know there is a lot more certainty building condos, where everything is mapped out. But every rental is a new adventure. [City staff] meddle in the suite mix, they tell you what square footages they want, what rents to charge. They tell you how much parking, the setbacks, this, that.

"Now they have complicated it further by insisting that any new rental must be 25 per cent social housing," he says, referring to a new city requirement that a percentage of rents must be affordable to people earning $30,000 to $80,000.

"In other words, nothing is straightforward any more. It's a lot easier to build a condo than a rental building."

Mr. Duyker concedes that the rental apartment market isn't for everybody. "That's the approach that we are taking, but the reality is, you have to be in a position of financial strength to be able to hold onto something like that long term, and make the investment."

Ben Taddei, chief operating officer for developer Conwest Group, says the surge in purpose built rental could even slow down, despite the high demand. Market forces dictate movement toward condos instead. He's heard that there are 11,000 purpose built rental units approved for construction in the Lower Mainland.

"It's a biggish number by historical standards, but it's probably still not enough," he says. "People are still going to build purpose built rental. I just don't think it's going to be the rate of growth that you've seen."

Conwest just finished its first purpose-built rental at Clark and 15th Avenue, and the company has a couple more on the go. The first one, called Clark Park Apartments, is central, about a 15-minute walk to the SkyTrain station. Rents start at about $1,700 for a one-bedroom unit, Mr. Taddei says. But it hasn't been the "blow out" as seen with condos, he says. The economics of rental are completely different.

Since it launched in early August, the building is 60 per cent leased, and he expects it to be completely leased by October. Macdonald Realty will manage the building.

"There is significant demand, which is good. There are a lot of tenants out there, but affordability is an issue," Mr. Taddei says. "Transportation is an issue. The size of the units is an issue. We have a decent amount of two bedrooms in there, and we have found demand for rental is primarily in one-bedrooms. And I think there are cheaper options out there. So if you want to move into a 30 or 40-year-old building in Grandview Woodland, it will be somewhat cheaper than a brand new building.

"So these are things that affect the lease up rate. If we were to drop our rents, we would be full by now. But like I said, you need to make a profit. So you have financial targets you have to strive for."

Mr. Taddei says the market offers more of an incentive for developers than what government can provide. The city can reduce development cost levies and parking requirements, and offer increased density, to encourage developers to build rental buildings. But ultimately, it comes down to demand, and profit margins.

"When the market moves and you can make a profit, that's when you see developers move into a space, whether it's retail, commercial, or rental, whatever.

"There is only so much a municipality can do. It helps, obviously, when you have political will behind a development, and everybody is aligned."

But market conditions are changing, and rental buildings might not make so much sense any more, he says. Five years ago, purpose built rental made sense because rents had gone up, construction costs and land values were stable enough, interest rates were flat and the net operating income (cap rates) had gone down.

"But what has happened over these 24 to 36 months is land values for rental have spiked. They doubled. That will have a mitigating factor on supply because guys aren't making as much as they were before. And the whole situation is exacerbated by all these brokers trying to do all these land assemblies," he says.

Realtors encourage homeowners to sell at often hugely inflated prices on the premise that a developer will be willing to pay more for an assembled property. The practice occurs in single-family zones that are being considered for more density.

As well, he says construction rates in the last 18 months have gone up higher than he's seen in 30 years of business, because the industry is so busy. Interest rates are also starting to rise.

On top of that is the 30 to 40 per cent increase in condo prices in the last year, which is looking better to a developer.

"Developers are money motivated. They are in business, generally speaking, for profit – they want the highest return for the lowest amount of risk in the shortest amount of time," says Mr. Taddei. "So if there is a market for rental, they move into the rental market.

"If you look at what's going on right now, there is probably more incentive, generally speaking, for a developer to move into the condo strata condo market.

"I just think the economics are shifting." 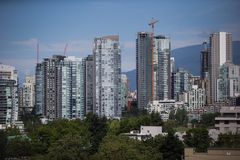 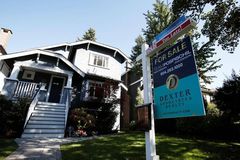 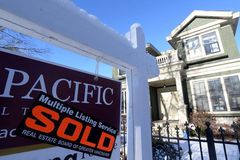