The sites of the future homes for more than a dozen new families in Vancouver’s dense West End look unprepossessing at the moment.

One is an asphalt-covered parking lot behind one apartment building. Another has sagging garages behind a couple of the area’s century-old homes. Nearby sit dumpsters and garbage bins. There’s a concrete wall with chain-link fencing along one side of the alley.

But these parking lots and alleys are about to be transformed, as Vancouver continues its experiment with laneway housing in a novel new form: mini laneway apartment buildings.

The city, which created the possibility for laneway apartments when it approved a new West End plan last year, has approved the first four buildings with 47 units in total. Three are in this particular alley between Nelson and Comox on either side of Cardero, around the corner from Cardero Bottega and Firehall No. 6. Others are in the pipeline. Many more are expected.

They’re the first of a new kind of infill that planners hope will produce 1,000 new small homes in this popular downtown neighbourhood.

The city is requiring that half of them be two- or three-bedroom units, accessible at ground level, to provide options for the increasing number of families trying to stay in what was once the singles-land of the West End. 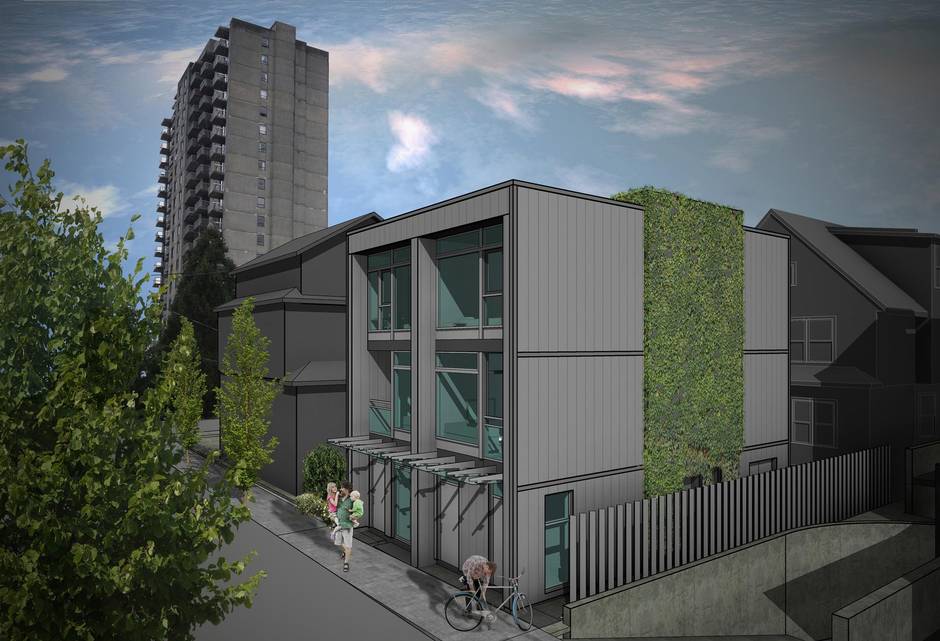 Laneway housing is seen in an artist’s rendering.

Many of them will be rentals as part of the trade-off the city has made with landowners for giving them permission to build in the back of the lot. For the man who was first in line to try the new form, it’s worth it.

“This helps keep the village feeling here. It’s densifying without taking down a bunch of buildings,” says Nevin Sangha, who heads Carrera Management Corporation, which owns three properties where the first three laneways will be built. “And I’m building here because I want my kids and their friends to live in places like this.”

“They just trimmed out a couple more units in the last round,” he says. The buildings have been designed with a modernist look, something that Tim Ankenman, an architect with years of experience doing infill around older buildings, says helps set off the historic look.

Vancouver’s assistant planning director says it has been a complex process for both sides.

“We really invented this program from scratch. Obviously it’s a bit of a learning curve,” Kevin McNaney says. Each site is different, so there isn’t an easy pattern to be followed. 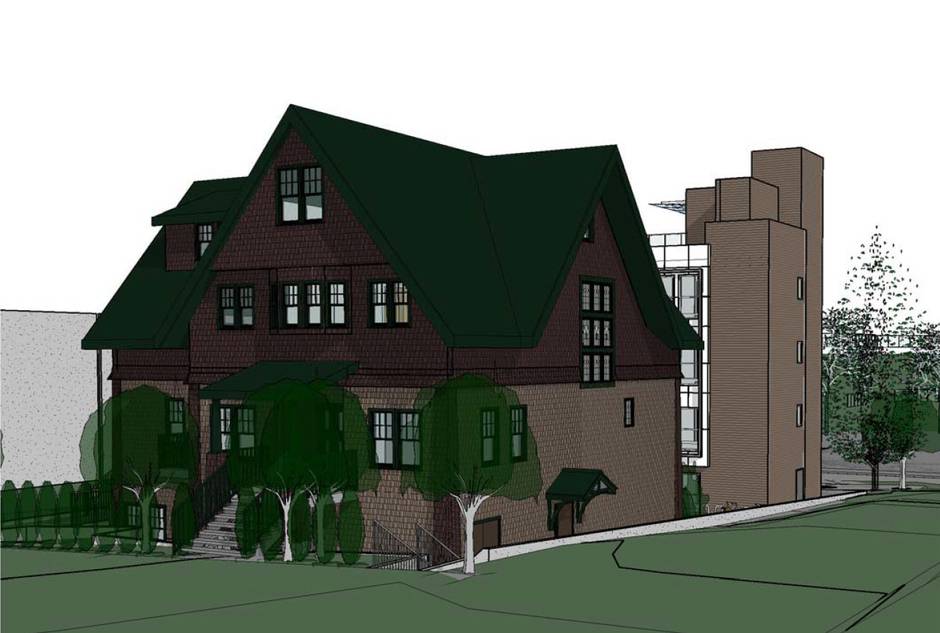 Mini laneway apartment buildings of will increase density without dwarfing existing dwellings, such as century homes.

The mini-apartments are anywhere from two to four storeys high behind houses and smaller apartment buildings, up to six storeys behind towers. Sizes range from about 350 square feet for bachelors to 1,000 square feet for three-bedrooms.

Planners aren’t just trying to make sure the units are family-friendly and fit into the neighbourhood. Part of the experiment is to remake the laneways.

The idea of laneway apartments in the dense West End is mainly possible because the lanes there are 10 metres wide, the size of a normal road.

Builders are being encouraged to use some of the area in front of their mini-apartment buildings for new landscaping, says the city’s acting general manager of planning, Jane Pickering. That will reduce the laneway width to six metres, but will help the alley look more like a street and less like a garbage-truck route.

That’s narrow for those garbage trucks that are picking up dumpsters all over the West End, she acknowledges, “but they get along in the other laneways in the city that are narrow.”

As with almost any construction in Vancouver these days, residents who live nearby have different views.

Dean Malone, who lives across the street from one of Mr. Sangha’s three projects, took the trouble to go to city hall to support it because the laneway apartments provide a way of creating new housing that isn’t a tower and isn’t a luxury development.

“I don’t want any more million-dollar condos,” says Mr. Malone, a health-care manager who was against the proposed Jervis tower nearby because it will be almost all high-end for-sale units. “The three buildings close to my place are a perfect fit. Many of us do want more people in the West End. And this is scaled to sizes that are appropriate for new people moving here.”

Minke Devos, a self-employed healing instructor who lives in Mr. Sangha’s 109-year-old Grace Court building, says he’s not a fan. The largest of Mr. Sangha’s projects, at four storeys, will be built behind Grace Court.

“There’s tonnes of places to rent here,” Mr. Devos says. “I don’t think we need more density.” He’s also concerned about the loss of parking in an area where finding a place for a car is already at a premium. 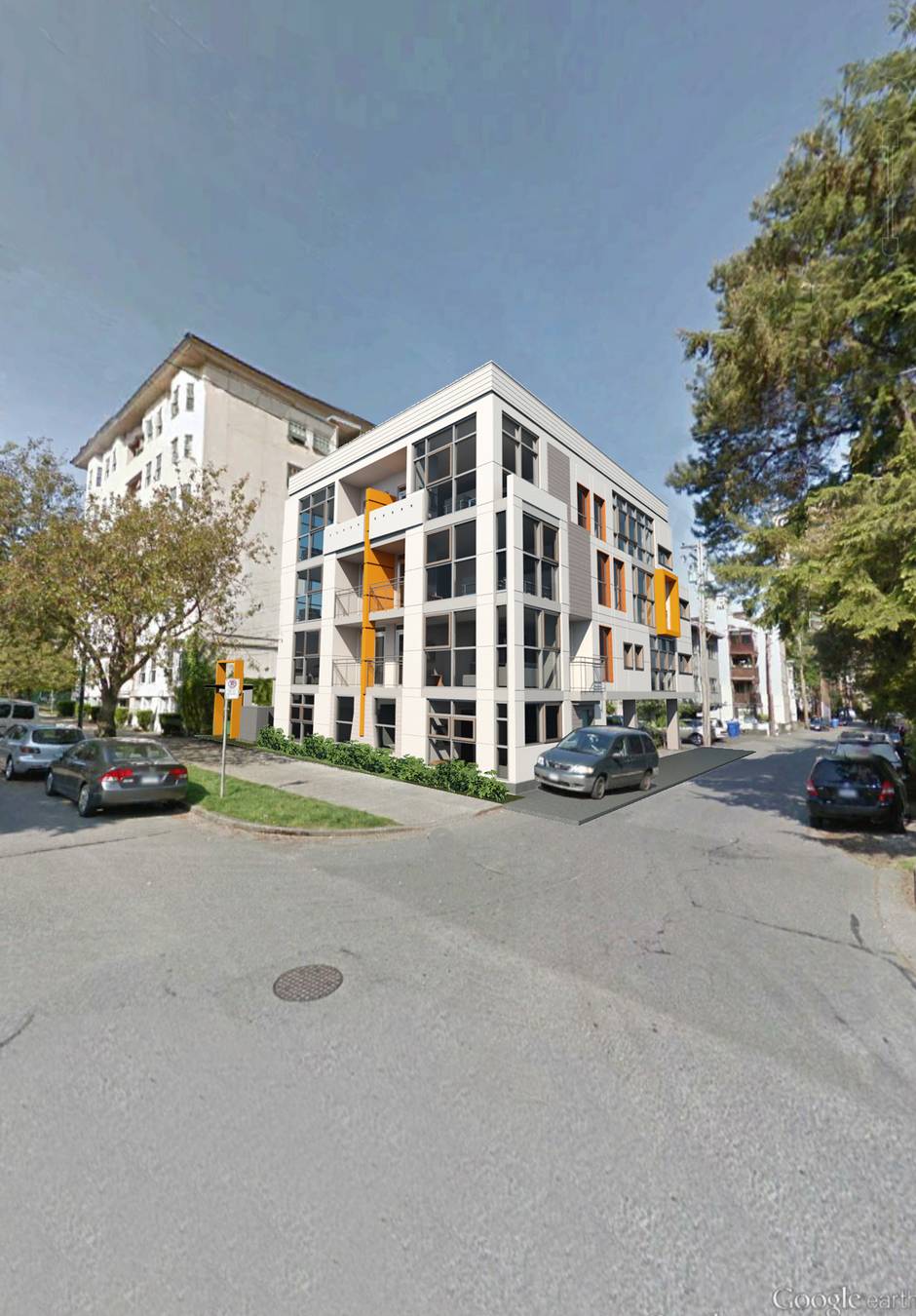 West End Residents, a group that has dedicated itself to scrutinizing new developments in the area, is ambivalent.

“Until these projects are built, it’s difficult to say whether they will be successful or not,” spokesman Randy Helten said in an email, noting that the designs coming feature buildings that are bigger than people expected and that seem likely to exacerbate the neighbourhood’s parking problems. “It seems clear that these are not the type of ‘laneway buildings’ that people anticipated through the plan process.”

The West End, which is a mash-up of early 20th-century mansions and grand apartment blocks, rooming houses, 1950s slab towers, 1960s low-rise walk-ups and more, has been Vancouver’s downtown success story for decades.

While downtowns around the continent emptied out in the suburban-loving 50s, the West End densified to a neighbourhood of 40,000. Even though it is near beaches, Stanley Park and central business district, it was dominated by singles, the young and the old, for a long time.

It’s increasingly become home to families, as young couples have started families and refused to move to the suburbs like their predecessors. As well, immigrant families have been attracted to a place that seems more like the bustling, dense cities they’re used to.

But there’s been little available for them. There are only 40 three-bedroom rental apartments in the West End, according to the most recent count from the Canada Mortgage and Housing Corporation, and only 479 two-bedrooms.

Couples such as Katy McLachlan and Joshua Lunn find themselves clinging like limpets to hang on in the area. The two just moved to a two-bedroom in their older building a few blocks away from the planned laneway apartments, after waiting months for one to come open. Until then, their 20-month-old son, Finnegan, had a bedroom in a curtained-off part of their hallway. They would like to see more choices.

“The West End is so accessible to everything. I like the neighbourhood, the character. There’s more of a mix,” Ms. McLachlan, a nurse-practitioner who works with the elderly, says.

That new tower, whose builder, Ian Gillespie at Westbank Projects, got extra density from the city as an incentive for building rental, is charging rents between $3,000 and $3,500 for its three-bedroom units – double what Ms. McLachlan and her husband now pay.

Mr. Sangha says he doesn’t know what his rents will be yet – it will depend on how much more planners ask him to spend on facilities and redesigns – but he says there’s no way they’ll be that high. “I don’t think we’d ever get a chance to get those kind of dollars. We’re more modest.”