When Bob Rennie announced late last moth that he had sold 128 Olympic Village units in four days, it was the signal the development community had been waiting for.

With the Village chronically suffering from a disastrous public image as a "ghost town" where nobody wanted to invest, Mr. Rennie's announcement that he'd quickly sold 128 of 230 units resonated throughout the Lower Mainland market. The controversy surrounding the Village was perceived as creating hesitancy as buyers wondered whether there might be a sudden blowout sale, or if the market as a whole could drop in price. As it turned out, the pricing was hardly a blow out. Although the average reduction was 30 per cent, 20 of the units sold for more than $1-million and only 57 sold for less than $600,000. Only a couple of units came down 50 per cent.

Mr. Rennie managed to bring the over-priced Village in line with the rest of the market, while generating excitement at what suddenly looked like a smoking deal.

He sees a two-year time line for selling the remaining units, which should be easier once the Village becomes populated with residents and retailers, such as London Drugs. His team also cleverly re-branded the site as the Village on False Creek, distancing it from the Olympic controversy.

Always ready with a sound byte, he's now referring to himself as a "ghost buster."

Mr. Rennie never seemed to doubt his ability to sell off the Village units, often boasting of the 555 presale units he's sold since the fall at the neighbouring Wall Centre False Creek. However, his biggest challenge was the controversy that hung over the Village and the 480 units that sat empty since going on the market in May 2010, at prices more in line with the 2009 peak.

"The consumer can now see there is a sense of order," says an upbeat Mr. Rennie. "We removed the financing cloud. The receiver has certainty. The city carrying it has certainty. We started to remove the ghost town cloud. We stabilized prices. My new batch of buyers sees an orderly process instead of a sense of urgency.

"Millennium could not afford to sell at these prices because it put them offside with the loan arrangement. This is below what they were allowed to sell for. Now it's a really calm process that's getting a lot of attention."

That makes life easier for others with big projects to sell, such as George Wong, who markets luxury condos throughout Vancouver.

"As far as impacts on other projects, it's definitely been felt," says Mr. Wong.

Although the drastic price reductions at the Village did pull some buyers away from a project he was selling in nearby Fairview Slopes, he says he is hugely relieved that the Village units are finally selling.

"The Village had distracted some of our potential buyers' attention, because a 30 to 50 per cent price reduction is quite attractive," says Mr. Wong.

"But people come out in big numbers to buy real estate in Vancouver. People are bullish. They are just waiting for right value to come along.

"And the Village has done quite well, even more than what the hopes were in terms of absorption."

"Also, as a Vancouverite, I would like to see it do well and put that page in our history behind us, because it's kind of haunted the city for a while."

"It was a big question mark and it's been answered and the market is going to feel it," says Mr. Lin, who has plans for residential towers downtown and around Main and Broadway. "Mostly, it sends a message about the value of the Vancouver real estate market."

Bosa Properties vice-president Daryl Simpson says the Village has been operating as a bellwether for the market, including his own properties.

"Now that people know what the Olympic Village prices are, it's giving them confidence to make the decision to buy either there, or buy elsewhere, quite frankly," says Mr. Simpson.

"Certainly, the market in Vancouver has been watching and waiting for Olympic Village to work itself out. I think there are a number of buyers who'd been waiting for a price decrease. So now that the units have come onto the market and they've been re-priced to the market, I think it's a good thing. I think it's prompted some people who perhaps who were on the fence about their purchase decision - whether it's in downtown Vancouver, False Creek or in Metrotown - to get off that fence now."

Around the same February weekend that Mr. Rennie sold 128 units at Olympic Village, Bosa Properties sold out its Sovereign project at Metrotown, all 202 units in one day. More than 600 people lined up to purchase one of the presale units, worth a combined total of $98 million of real estate. The Sovereign will be the Lower Mainland's highest tower above sea level, a combination of retail, hotel and residential, with the condos starting at the 20th floor.

Bosa Properties is also planning to put another, not-yet-named presale project on the market, located not far from the Olympic Village, closer to Main Street.

Mr. Simpson says they are gauging the success of Olympic Village before they decide when to launch the sales.

"We're monitoring how things go at Olympic Village," he says.

"The degree to which Olympic Village absorbs into the marketplace will play a role in our decision as to when to launch our project, and whether it makes sense financially or not - and it looks like it will, certainly."

As to whether the slashed prices at the Village have softened the market, the consensus is that it hasn't because it was an anomaly, or outlier, as consultant and developer Michael Geller calls it.

"What may happen, though, is the sales at Olympic Village, assuming they pick up momentum, could help some of those other projects around it," says Mr. Geller, adding that the prices should have been lowered a year ago. "I think that it will have a beneficial impact, a very modest impact on the James, and some of the other projects, because to some degree, this really is the focal point of a lot of development in the area."

Mr. Rennie said that it took more than 100 hours working with several of the city's best appraisers to determine the magical formula re-pricing.

The amounts, he says, are slightly below market, however, not so low as to impact those surrounding developments.

"In the comparative market analysis, you respectfully compare to the other projects in the neighbourhood to make sure you are priced right," he said.

And the pricing did not undercut any of the downtown condos because those are mostly presales, which is a different animal.

"I'm selling product that is competitive with standing inventory, not with presales.

"With a presale, you don't know what rents are because they are expected to be higher in 30 months. Values, too. So for your 20 per cent deposit, there is a speculative nature to it even if it's for your own home. But when you buy standing inventory downtown or on the west side or the east side or in Olympic Village, it's a known cost, that this is what you can rent it for now."

Mr. Wong never worried that Olympic Village reductions of 30 or 50 per cent would impact his own plans as a condo marketer.

Developer Rob MacDonald says it was a simple case of problematic pricing, and the Village is now in line.

"You mount a sales campaign that is around 30 per cent off and people get enthused, but they absolutely weren't giving that stuff away," he says. "It was consistent with the rest of the market.

"My sense of it is that once prices became reflective of the current market, then the product sold. They had everything right in this case, except the pricing - it was all wrong. And the public is not stupid. 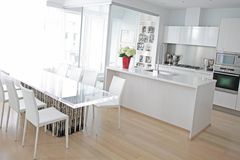