Speculation in Canadian cities such as Vancouver and Toronto is wildly out of control, and the real-estate bubble in this country is overdue for a correction painfully similar to the one south of the border in 2008. As well, Canadian investors who are buying in the depressed U.S. market today are taking much bigger risks than they think.

That's the forecast according to Ben Jones, at least. Don't believe him? People have made that mistake before.

When the Arizona-based accountant launched the Housing Bubble Blog in December, 2004, he was a lone voice crying wolf about the vulnerability of the U.S. housing market.

Undeterred by naysayers – you try convincing folks back then that not only were home prices going to plummet, but the fall would bring with it a tsunami of financial pain – Mr. Jones kept posting daily roundups of news stories culled from every corner of the U.S., as well as Canada, Japan, Europe, Australia and China, with readers from around the world adding comments about what was happening in their local housing markets.

Almost eight years later, Mr. Jones is still uncovering signs that the real-estate mania is far from over, and news reports from Canada are making on to his blog with unsettling regularity. A self-styled professional skeptic, he maintains that the fallout from the housing bubble is far from over.

You've been posting a lot of stories recently about the Toronto and Vancouver real-estate markets. When you look at Canada right now, what parallels do you see between where we're at and where the U.S. was when its housing bubble burst?

From what I can tell, the condo markets in Toronto and Vancouver are even crazier. Prices are still going up and the participation of so many foreign investors is indicative of a more vulnerable market than in, for example, Miami in 2004. And that was a complete disaster.

Speculation isn't a sign of strength – it's a sign of weakness. I've read that in Toronto there are Chinese investors buying entire floors of condos. That's clearly speculative, and those people will be the first to walk when things fall apart.

Canadians like to think of themselves as cautious people. Why do we want to believe the same fallacies that inflated the American bubble: "it can't happen here," "all real estate is local," "they're not making any more land," "home prices always go up" … ?

The short answer is, it's greed. People want to make money. And they are making money – there's always a tonne of cash floating around financial manias, whether they're a stock bubble or a housing bubble.

Is that why Canadians have been so eager to buy properties south of the border?

No one foresaw that Canadians would be crawling all over Arizona and, to a larger extent, California. I went down last summer to Maricopa County in Phoenix to watch a foreclosure sale on the courthouse steps. They had four auctioneers going at the same time, selling houses one after the other for six hours in 116-degree heat. There were 80 people there, buying houses, sight unseen, left and right.

Most of the buyers were professional bidders, talking on their cellphones to the people doing the buying. I could hear the conversations: "Oh, we can fix this up, we can rent it out, I think you'll get 7 per cent on resale." It was gambling on a mass scale, right in front of everybody.

But there's a perception here that it's low-hanging fruit and you'd be crazy not to put $400,000 down on a house in Phoenix, because four years ago, according to the people who owned it, it was worth $800,000.

We saw that logic at every level of the bubble. But the bigger issue is, $400,000 is still a lot of money – $200,000 is a lot of money. I would remind people that the reason retirees came to Arizona was because houses and land were cheap. If they want to know what the true values of these houses are, I would lean more toward mid-1990s prices.

What advice would you give Canadians buying American real estate?

Six months ago, I launched a new venture called the Joshua Tree Fund, which will invest in foreclosed houses. As of today, I don't have anything bought because I don't think the prices are low enough yet. I've got too many crazy Canadians bidding against me.

Now, I don't want to discourage anyone from buying a house, but when I read things about Canadians using home-equity money to leverage up 100 per cent to buy houses in Arizona – well, we've all seen the damage that leverage can do. They're not only putting the cash that they're bringing here at risk, they're borrowing money against their own houses in Canada. They're actually contributing to the inevitable collapse of the bubble in Canada.

So why aren't prices dropping?

Artificially low interest rates and lower mortgage standards have enabled your bubble to do a head fake and push even higher. The same thing happened in Australia and China. You guys should be further along the road to recovery than us and you're not. I would chalk that up to your government policy.

Any objective economist should be able to see what's going on in Toronto and see that it's a disaster in the making. In the United States, everybody knew that it couldn't go on forever, but at the root of a mania is the belief that the trees will grow to the sky. In Arizona, for instance, at every level and every step down, people kept saying it couldn't get any worse – but it did. It was like a bowling ball going down the stairs.

Is the U.S. market close to reaching bottom?

Every time I hear people talk about the housing bubble in the past tense, I cringe. A lot of experts originally said there was no housing bubble. Now, they'll mention a housing bubble, but those same experts have never really owned up to what it was and when it started. That enables them to say, "Well, we're back at 2003 prices."

It's a disingenuous shrugging-off of what we're really going through – the largest asset mania on a global scale in history.

What is the so-called shadow inventory?

The shadow inventory is hidden in plain sight: There are millions of empty houses or houses in foreclosure, but the banks and the government aren't putting them on the market. It's completely understandable what they're doing – they're limiting the supply so they can get a higher price for the stuff they do have on the market.

The end result is that you've got people paying more for houses than they're really worth. You combine that with government efforts to keep interest rates and down payments low, and people are buying into a manipulated market in which prices are artificially high. A lot of the houses that people are buying in 2012 will be in foreclosure in 2016.

So greed, from the top to the bottom, is the underlying theme?

Do you think the Canadians are coming down here because they really like Arizona? Some of them do, but they're not buying thousands of houses because they feel sorry for us or want to support our market. They're doing it to make money. There's nothing wrong with that – I'm a capitalist – but you have to own up to the risks that you're taking.

If you own a second home, you're speculating. It's a lot cheaper to come to Arizona and stay in a resort or a short-term rental than to own the property and come down here one or two months out of the year. It will be interesting to see if we start to hear sob stories about poor Canadians saying they were cheated by the banks and lost their investment properties and their Canadian properties.

What do you make of all the stories about the Chinese speculating with their money by buying Canadian real estate?

I posted the recent story about that Toronto house that sold for $400,000 over asking price. And it was just a bungalow. It really reminds me of 2004 when Californians were spreading across the whole country, buying property left and right, using their equity from the California bubble to create bubbles in other areas, like Las Vegas. We called them "equity nomads."

China probably has the largest bubble in the world and the fact that they're using their bubble wealth to drive up prices in Canada is the rolling-bubble phenomenon playing out on a massive scale. If the real-estate market collapses in China, are they going to close on all these condos they're buying in Toronto? I kind of doubt it.

It's even more complicated, because the Australians have a pretty big bubble and their resource-based economy is largely dependent upon China. It's a house of cards: China goes down, Australia goes down and they drag down the market in Vancouver and Toronto, which trickles down to the U.S. That's the danger people are willing to ignore when things are going up.

But everyone says it's different here.

Ask yourself, why are the Chinese buying all these properties in Toronto and Vancouver? To make money. Yes, they say they are really nice places, but they say that about every bubble market.

Shelley Youngblut is The Globe and Mail's Western editor. 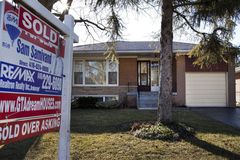 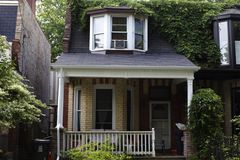 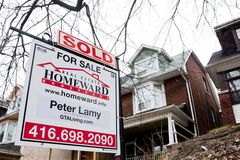