Raveen Kalra and her husband did something unexpected this summer: they purchased a house in Toronto. Not that they hadn't been looking for houses – it's just that they had always lost out in the city's super-heated real estate market.

"The challenge was that we were a little surprised that we even got the house that we did," Ms. Kalra said. "We were caught a little off guard."

The couple, expecting their first child, had figured their King West penthouse loft would seem a little small when the baby arrived. They had been looking near Yonge and Davisville up toward Highway 401 but through the spring and summer, single-family houses in desirable neighbourhoods were selling in frenzied bidding contests at astronomical amounts above asking. They decided to put their real estate purchase on hold and take a sojourn to Italy instead.

But then in August, Ms. Kalra says, their real estate agent showed them a house in Sunnylea that seemed ideal. It was on the slightly-busy Prince Edward Drive, but the couple thought that fact might help to deter competitors. Perhaps it did, because on the night set for reviewing offers no one else showed up. A competing bid the listing agent was expecting never materialized.

"It was pure luck and it was meant to be," Ms. Kalra said.

The problem for the couple was that they were now facing a closing date in November and they needed to sell the loft at 954 King St. W. The two-level suite was in good condition, Ms. Kalra says, but it needed some decluttering and staging. And their trip to Italy was looming.

They considered postponing, but the couple decided to take the trip anyway. They left the keys to the loft with their real estate agent, Geoffrey Grace of ReMax Hallmark Realty Ltd.

Mr. Grace didn't mind that the sellers would be out of town while the property was on the market. In fact, he often encourages it. He had only recently sold a condo unit belonging to a doctor near College and Bay; coincidentally, the recently graduated doctor had also gone off to Italy.

In that case, the client was hoping to sell his one-plus-one bedroom unit for more than $600,000.

"That's a lot of money," says Mr. Grace, but unfortunately most of the doctor's furniture had been collected during his student days. Mr. Grace's team emptied the condo and brought in new furniture for an entirely different look.

The condo sold after nine days, while the doctor was out of the country.

Mr. Grace says it's important to let the buyer's agent know the circumstances in such cases so that offers can be made good for 48 hours. When Mr. Grace let the doctor know an offer had arrived, he had time to ponder.

"He said, we're off for a drive in the countryside and we'll think about it," Mr. Grace said.

In the case of Ms. Kalra's loft, all of the furniture had been purchased by her husband before she moved in.

Mr. Grace says the "man pad" decor was allowed to stay. "Quite frankly, the next person who buys it might want that man pad," was his thinking.

Ms. Kalra and her husband were more worried that the loft might not sell because there was already a fairly high number of condo units on the market.

"We weren't 100 per cent confident that we were gong to sell in the time that they were gone," Mr. Grace agrees.

As it turns out, the Toronto Real Estate Board reported that sales jumped 8.3 per cent in the Greater Toronto Area during the first half of September compared with the same period last year. The average selling price at mid-month in the GTA came in at $555,890, which marked an 8.1 per cent increase from the same time last year.

Mr. Grace says the location and the fact that the two-storey penthouse sat atop a boutique building helped.

"There wasn't anything on the market at the time that had that kind of sex appeal."

Ms. Kalra says that being away in Italy took much of the stress out of selling for the couple. They didn't have to worry about keeping the place spotless at all times or finding someplace else to be during showings.

One challenge was that they kept moving from one town to another in Italy. Finding reliable WiFi was sometimes difficult. But they did receive a heads-up from Mr. Grace that some buyers were interested.

"We overslept and we woke up the next morning to an e-mail that said 'You got an offer.'"

The couple managed to review and sign back the offer and complete the necessary paper work over the following days. Mr. Grace says that documents still need to be signed on paper, but they can then be scanned and sent back electronically.

"Technology was a huge key," Ms. Kalra says, because the couple could check their e-mail on their smart phones while they were out during the day.

In another case, Mr. Grace says, he encouraged a homeowner to go on vacation and leave the house to him for staging and showing. The owner had lived there for 33 years and didn't want to move out her furniture.

He says some homeowners find the process of decluttering and staging causes too much anxiety. But he figures it's just as unnerving to avoid staging.

"You're going to be stressed either way – either getting the house ready or not the doing the work and sitting there wondering why your house isn't selling." 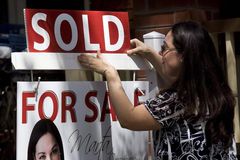 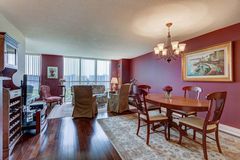 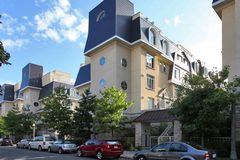