In the world of equity trading, CIBC World Markets is blazing a new trail.

Just two years ago, the brokerage lagged behind Toronto-Dominion Bank's TD Newcrest unit, which had long dominating stock trading. But new alternative trading platforms and high-frequency traders have since changed the business. Instead of shunning these new players and venues like some of its rivals, CIBC embraced them.

The upside of doing so shows up in the numbers. In 2010, CIBC captured 21 per cent of Canadian equity trading by value, according to Thomson Reuters, leaving TD far behind, with 15 per cent share.

That march to the top spot began a few years ago, when "it became clear to a number of people here that trading was becoming more automated," said Rik Parkhill, head of cash equities at CIBC.

It used to be that the key to being No. 1 in equities was to dominate block trading, the business of employing human traders to match buyers and sellers of large amounts of stock, often by phone. But technological advances have transformed stock trading, clients suddenly are emphasizing direct market access. In other words, rather than use CIBC's traders to access the market, more institutional investors want to simply plug into CIBC technology when they are looking to swap stocks using their own electronic programs.

And that's just fine with the bank. "We don't care how you trade … as long as you trade through us," Mr. Parkhill said, chuckling.

This approach did not come about by accident. Richard Nesbitt, the current head of CIBC World Markets, was chief executive of the Toronto Stock Exchange's parent company. Thomas Kalafatis, one of the lead people in charge of revolutionizing CIBC's trading platform, was once a vice-president of sales and trading at the exchange.

Mr. Nesbitt's team decided not to fight the shift to electronic trading. And to the extent that their strategy has worked, it supports other parts of the capital markets business.

Across Bay Street, trading commissions have fallen while technology costs have risen. That makes it harder to cover equity research expenses that were traditionally paid for through trading commissions - particularly for companies covered that don't provide investment banking business. Both National Bank Financial and Dundee Securities had to let some research analysts go for this very reason late in 2010. But CIBC's trading revenues have held up better.

Despite its dominance, CIBC can't take its position for granted. Although a slew of Canadian rivals remain slow to catch on to the shift, some have decided to buckle down and invest in electronic platforms. In January, for instance, RBC Dominion Securities unveiled its new baby, otherwise known as Thor, an electronic trading platform that tries to outsmart high-frequency traders, or HFTs, in order provide clients with better odds of getting the stock they want - or getting rid of what they don't.

HFTs often throw fake orders into the market to collect trading information about the dealers who jump at the bait. If 100,000 shares of a certain company are offered, it is common to see a buyer get only half of that order because the other 50,000 are immediately cancelled - practically at the speed of light. The HFT that cancelled the trade can then re-offer the remaining shares at a slightly higher price, knowing that the rest of the order has to be filled.

The sophisticated traders can also take advantage of the server speeds of different trading platforms. To guarantee a client gets the best price possible, dealers must send their orders to all available trading venues. But if one order hits a market like Pure Trading before it hits Alpha or the TSX, and HFT can jump the queue and bump its offer price on the exchanges that the order has not hit. RBC's Thor system attempts to fix that by accounting for the different server speeds and sending the orders to some venues just a split-second later.

As for personnel, RBC has pulled together a 90-person team dedicated to electronic trading. Canada's biggest bank may have gotten in the game late, but it believes there is time for a second-half rally.

Other firms aren't willing to play, either because they don't want to invest while the market is still evolving, or because they don't think the current structure will last. Greg Mills, co-head of global equities at RBC, doesn't blame them, because he said it is extremely hard to interpret what the future is going to look like.

Others aren't so forgiving of the dealers that have been reluctant to change. Long-term, "that contingent is not going to win," says Ian Bandeen, head of Pure Trading, an alternative stock market. "The CIBCs of the world will." 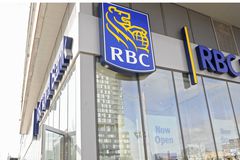 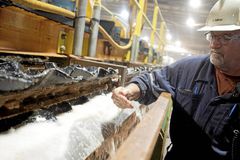 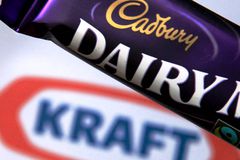 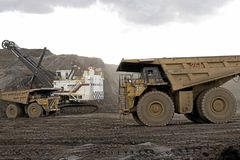