A private equity investor says he has the money and a plan to rescue the federal government's foundering strategy for a fourth wireless competitor in every regional market. All he needs in return is for Ottawa to clear up and enforce rules designed to help upstarts.

As head of one of Canada's larger and most successful private equity firms, Newton Glassman has been quietly putting together a plan to create what he says would be a viable wireless competitor to take on the big three – Rogers Communications Inc., BCE Inc. and Telus Corp. – in major markets such as Ontario, Alberta and British Columbia. Now, in an exclusive interview, the head of Catalyst Capital Group Inc. is opening up publicly about his intentions.

"We are willing to put our money where our mouth is," Mr. Glassman said in an interview in a boardroom of his 43rd-floor office in Toronto's downtown core.

"I want [Ottawa's] policy to succeed," he said. "Look, it's very simple for me. Just like everybody else, I'm another Canadian who is paying a bill that is astronomical – and my bill is probably the biggest bill of any person I know."

He jokes that he should be getting thank-you cards from the head of Rogers, Nadir Mohamed, given the size of his monthly bills which can be "thousands and thousands of dollars," largely because of roaming fees.

Besides saving money on his phone, he is confident he can make money doing what others have tried and failed to do. He is prepared to sink hundreds of millions of dollars or more into the idea of backing a fourth wireless carrier.

But the recent precedents for profit in the wireless start-up game are not good. The backers of all three small wireless-only startups have put them up for sale because of their inability to generate solid returns. Even regional cable giant Shaw Communications Inc. has ditched its wireless ambitions over worries it couldn't make a decent return.

Some analysts argue Canada is just unsuited for four players because of its vast geography and thinly distributed populace.

Jeff Fan, an analyst at Scotia Capital, says the government should stop fighting "a battle that cannot be won" because "Canada is not large enough to support four facility-based competitors."

Mr. Glassman, though, is not convinced. He points to Quebec and Atlantic Canada, where Vidéotron Ltée and privately-owned Eastlink are now competing for customers. "If you can have a fourth provider in Nova Scotia, are you trying to tell me you can't have a fourth competitor in greater Metro Toronto?"

To get Catalyst's plan rolling, Mr. Glassman and his team have bought more than 30 per cent of Mobilicity's senior secured notes, worth roughly $60-million, which could be used as a beachhead in the industry. He is currently in a court fight with Mobilicity, which is legally known as Data & Audio-Visual Enterprises Holdings Inc., and its other backers over the terms of a recent financing.

Mr. Glassman says he is simply trying to protect his rights as a bond holder, adding he is fully supportive of Mobilicity. His firm has put forward an alternative financing plan.

A lawyer representing other unnamed bond holders, however, told the court last month that Catalyst's actions amount to a "leverage play" for control of the company. Sources familiar with the situation, however, say Mobilicity is open to working with anybody, including Catalyst, provided that original stakeholders are not disadvantaged and the carrier is acquired for a fair price.

For its part, Mobilicity stands by its plan to go with the $75-million financing that Mr. Glassman has launched a legal application to stop.

"The board evaluated several options and has agreed to a plan that they believe will lead to the best outcome for all stakeholders and that is supported by the vast majority of note holders," said Stewart Lyons, president and chief operating officer of Mobilicity, in an e-mailed statement on Wednesday.

Mr. Glassman is also said to be one of the bidders for Mobilicity rival Wind Mobile, which is for sale with a price tag of roughly $500-million or more. He also appears ready to sink hundreds of millions of dollars into buying the valuable spectrum that mobile networks require when the government auctions off licences in November.

He has the backing of funds that invest with Catalyst, such as large U.S. pension managers, and says he is open to other partners as well.

Catalyst, as a latecomer, could have an advantage over earlier backers of mobile competitors. They had to lay out billions for spectrum, network infrastructure and investment. Now that they are struggling, a distressed asset specialist like Mr. Glassman can pick up assets at a discount. That ought to make it easier to make a profit.

However, he acknowledges that there is risk. "We have a strong view. We might be wrong. If we're wrong, we'll take our lumps."

He says the real key is having Ottawa lay out a clear road map on its wireless policy, which seems up in the air as incumbents, such as Telus, seek to buy upstarts such as Mobilicity. Beyond that, the government must enforce the rules around such issues as access to towers and domestic roaming rules.

In return, he said he knows that Catalyst would have to pledge not to simply flip the assets for a quick profit, as some critics suspect the firm might do, but to stick around and see the project through.

"We assume we would have to make a commitment to the government for a period of time," he said. "We want commitments in return. And nothing extreme."

At this point, he is looking for a clear signal from the government. "We're not going to come to a party where we are not invited." 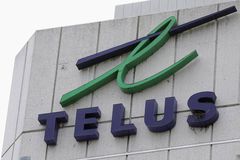 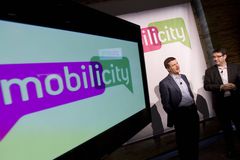 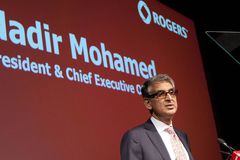 For Canada's telecoms, battle for data dollars heats up
April 22, 2013 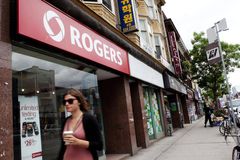 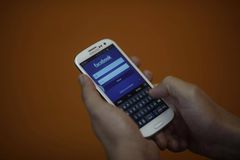 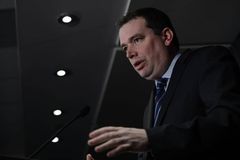 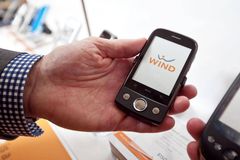 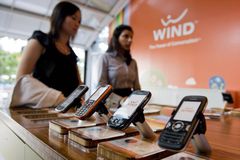