The father of the only Canadian whose death has been officially linked to the recent General Motors Co. recall says he is frustrated with the way the company treated his family and believes there may be other victims who have not yet been identified.

Normand Dubuc's son, 23-year-old Dany Dubuc-Marquis, was killed last year when the 2007 Chevrolet Cobalt he was driving went off the road. Police told Mr. Dubuc they believed his son had fallen asleep at the wheel, but Mr. Dubuc filed a complaint with Transport Canada when he noticed the car's airbags did not appear to have deployed.

"I miss him all the time," Mr. Dubuc said of his son, in a phone interview from his home in Granby, Que. "He was my life. Life will never be the same for me."

Earlier this month, the U.S. government imposed a $35-million (U.S.) fine on GM for failing to report in a timely manner that some vehicles had faulty ignition switches. The defect can cause a car's engine to shut down, leading to a failure of the power steering and airbags. GM has linked the problem to 12 fatalities in the U.S., and to Mr. Dubuc-Marquis' death in Quebec.

Mr. Dubuc said he would like to know more about the number of accidents that have involved GM vehicles in recent years because he believes there could be others linked to the recall.

"We can't know, truly, how many deaths there were," he said in a recent interview. "And we can't talk just about deaths. … Some people might have been injured for the rest of their lives."

Transport Canada said late Friday that it was aware of nine cases that are "potentially related" to the ignition switch failure. The department is also investigating a second fatal accident where the airbag did not deploy, based on a complaint it received last month.

The investigation into Mr. Dubuc-Marquis's case revealed that the ignition key had moved out of the normal "run" position when the accident occurred, a Transport Canada spokesperson said. Maryse Durette said the key moved to the "accessory" position only after the vehicle had left the road, and therefore is not believed to be the initial cause of the accident. The next step in the investigation is to determine how the ignition switch affected the air bags, she said.

GM acknowledged that it broke U.S. laws by not informing the government about the problem sooner, but General Motors of Canada Ltd. has said it did not learn about the defects until February.

The maximum fine for car manufacturers that violate the Motor Vehicle Safety Act, which outlines the rules a company must follow when reporting a defect, is $1-million (Canadian).

Speaking at an unrelated news conference at the Ottawa International Airport, Transport Minister Lisa Raitt said Transport Canada has received "a number" of complaints and concerns about accidents that may be linked to the faulty switch problem and would investigate them. "If, through that investigation, [the department] turns up different information, then they have the ability to go back to the Motor Vehicle Standards to see whether or not they had actually given that information at the appropriate time," she said.

Mr. Dubuc said he remains frustrated by the way the company has handled the problem. He said he contacted GM's customer service branch in March, after the recall was announced, and never heard back. "So the customer service at GM, I give it a big zero," he said. "I wanted a response of what they were going to do. They never called me back and I never got a sympathy message."

A spokeswoman for GM Canada said the company is sorry for the loss suffered by its customers and would work to regain their trust. She did not say whether the company had been in touch with Mr. Dubuc directly about his son's death.

Mr. Dubuc said he still has a GM vehicle of his own sitting in his driveway. "And I can tell you, if there was another company that made me an offer, I would trade it for very little." 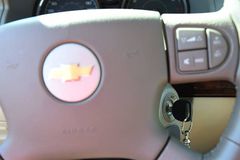 GM Canada may avoid penalties over deadly safety flaws
May 23, 2014 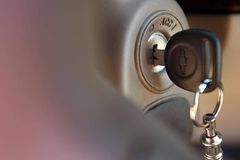