Retailers are bracing for a scrappy cheap-chic fashion fight this fall.

Discount giant Wal-Mart Canada Corp. is stepping up its focus on styles of the season at lower price points in a bid to court younger customers and raise the profile of its key George line.

At the same time, U.S. archrival Target Corp., which stumbled in its Canadian launch last year, is intent on repositioning its sweet spot of affordable trendy fashions. Canadian grocer Loblaw Cos. Ltd. is looking to expand its cheap-chic Joe Fresh styles beyond North America in its bid to woo price-conscious fashionistas.

But the low-cost players are grappling with an increasingly crowded market as foreign specialty chains such as H&M of Sweden and U.S.-based Forever 21 add more stores, stealing business in the low-growth apparel market.

"Everyone is a competitor these days," said Linda Fittler, vice-president of apparel at Wal-Mart Canada, as she showed off a sample of a $12 pair of George herringbone jeggings (a cross between jeans and leggings). "Everyone is competing for that opening [lowest] price to get the traffic in the store."

Affordable fashion purveyors are betting on their hottest styles to nab customers from rivals in the critical back-to-school season, the second-largest selling period after Christmas. But with deep-pocketed Wal-Mart concentrating on shoring up its apparel sales – its fall merchandise hits shelves as early as this month – other merchants are forced to find efficiencies to gain ground with bargain-hungry shoppers.

Retailers feel pressure to pump up their fashion business as the category can generate profit margins that are more than twice those of groceries. But like food, fashion can go stale quickly, pushing retailers to clear out unpopular merchandise at markdowns.

"It's just going to get more difficult," said Randy Harris, president of researcher Trendex in Toledo, Ohio. "What they're going to have to do is pedal a lot faster to stay where they're at and not fall behind."

He expects minimal, if any, overall sales growth in 2014 in the estimated $23.6-billion Canadian clothing market. Last year, those sales rose just 0.5 per cent while unit volumes dropped 3.7 per cent, according to researcher NPD Group.

To shore up their positions, the retailers are learning from past missteps, focusing on fewer hot fashions or adapting items to colder weather. They're adjusting prices – sometimes downward or offering fewer of them – introducing younger-looking or trendier styles and vowing to replenish shelves more often.

"This fall we should be the destination for fashion and style," John Butcher, the new senior vice-president of merchandising at Target Canada, said in an interview.

Target has learned lessons from its first year in Canada, when the bottom line suffered as a result of having to clear out goods at heavy discounts. In its fourth-quarter, its margins were a measly 4.4 per cent, compared with 27.6 per cent at its U.S. stores.

In response, the chain's stores plan to carry more parkas rather than the wool coats it stocked last winter, which are a mainstay in its U.S. home market but didn't resonate as much here, Mr. Butcher said.

It will add "functional" winter boots after finding that many of its fashion boots weren't practical for cold and slushy Canadian winters, he said.

Wal-Mart has adjusted its offerings by cutting the number of styles it carries by about 40 per cent since 2010, Ms. Fittler said in an interview. It's betting on fewer styles but stocking more sizes in each one, she said. "In the past we might have tried so many different trends that it wasn't clear what we were going after," she said. "It was a little confusing."

The retailers also are rejigging their pricing. At Target, shoppers complained its prices were too high compared with those in its U.S. stores. Mr. Butcher said Target will lower some apparel prices, although he insisted many of its prices already are on par with those in the U.S. "We've slowly moved more of our pricing to U.S. pricing."

Wal-Mart, for its part, is trimming the number of prices it offers, and putting items with the same price on the same rack – with more of a gap between each price – to help each one stand out more, Ms. Fittler said. "It's a drawing feature."

The companies are racing to get products to stores faster. Target has pledged to fix its distribution problems, which sometimes have left shelves empty. The chain will add "hundreds" of new fashion items to its racks this fall, including a collaboration with luxury designer Joseph Altuzarra and about 50 per cent more Liz Lange maternity clothes from a year earlier, Mr. Butcher said.

Wal-Mart started introducing this year its own version of "fast fashion," shipping items to stores as often as every six to eight weeks for up to 20 per cent of its goods, compared with its regular three- to six-month replenishment, Ms. Fittler said.

Its George women's line also began catering to a 29-plus demographic from 35-plus in 2010, she said.

"It takes a long time to turn a ship around but we did it." 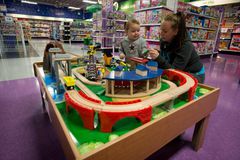 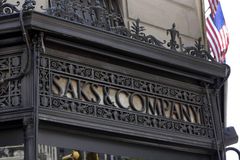 Rexall reinvents itself in a bid to boost profitability
June 4, 2014 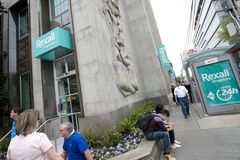 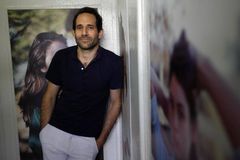