Affordable Internet prices, competition in the telecom sector and investment in networks are all priorities for the federal government, according to Innovation Minister Navdeep Bains.

The Liberal government has given few substantive hints about its telecom policy since taking power last year, but in a speech on Thursday Mr. Bains shed some new light on Ottawa's approach to the file.

"We must address the needs of Canadians who could have access to the Internet but can't afford it," Mr. Bains, the Minister of Innovation, Science and Economic Development, said during a keynote address to an annual conference held by the Canadian chapter of the International Institute of Communications in Ottawa.

"Some providers have already taken steps to make the Internet affordable for low-income Canadians. And I thank you for that. These efforts must be expanded across the country," he said, according to a copy of his prepared remarks, although he did not mention any steps the government plans to take.

Rogers Communications Inc. and Telus Corp. have both made low-cost Internet packages available to certain households.

Income-based programs can be difficult to administer for privacy reasons and typically require co-operation from public agencies. In Rogers's case, the offer is available to residents of public housing anywhere it offers cable service, while Telus recently introduced an offer for single-parent families in B.C. receiving income or disability assistance.

Mr. Bains also praised the quality of networks in Canada's cities and noted that telecom companies invested more than $13-billion last year, but he said those networks need to extend to remote and rural networks too.

He referenced the government's pledge in its 2016 budget to spend $500-million over five years on rural broadband expansion.

To date, the government has provided no details on exactly how that money will be spent, but Mr. Bains said on Thursday that by leveraging contributions from the private sector, the value of Ottawa's investment could be extended to up to $800-million.

The affordability and accessibility of high-speed Internet access were central issues at a public hearing on basic telecom services that the Canadian Radio-television and Telecommunications Commission conducted in April.

CRTC chairman Jean-Pierre Blais delivered a statement in the middle of the hearing expressing disappointment that Canada lacks a clear national strategy on broadband deployment. He said the commission's acting alone, without an integrated approach across governments of all levels, is "just throwing money at a problem … like pouring money into sand. It quickly dissipates, provides little real growth or measurable results, and is simply not sustainable."

The commission is weighing proposals to introduce new industry-supported funds to help pay for rural expansion as well as address affordability issues.

In an interview on Wednesday, Mr. Blais said the commission's ruling on the broadband hearing "will be coming out in a few months."

During his remarks on Thursday, Mr. Bains also touched on the government's approach to managing wireless spectrum, which is a key asset for companies building cellular networks as mobile data use continues to grow at a rapid pace.

"Our regulatory framework and spectrum rules must have the right balance between competition and investment," he said, adding that the government is considering how to allocate spectrum in the 600-megahertz frequency band.

That valuable low-band spectrum is the subject of a public auction currently under way in the United States. The process involves transferring licences from broadcasters to wireless carriers and Canada has said it will co-ordinate its approach with the United States.

In past public auctions, the Canadian government has included favourable terms for small carriers or new entrants to the market in order to encourage competition with the Big Three national carriers, which already have large holdings of airwaves.

Players like Videotron Ltd. and Shaw Communications Inc., which now owns Wind Mobile, will be lobbying for similar favourable rules in the 600 MHz auction, which is not expected to take place in Canada until 2017 or later.

In reply to a question from the audience, Mr. Bains said that in its approach to spectrum management, the government wants to encourage investment in infrastructure but also wants to see benefits for consumers and "drive prices down." 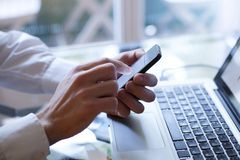