Air Canada is shifting its strategy for launching a discount operation, focusing on locating a new low-cost international carrier in Vancouver in a bid to tap into the potential of Asian destinations.

Plans call for the new entity to take over Air Canada's overseas flights in and out of Vancouver on wide-body aircraft. Some pilots and flight attendants will be from Canada and others could be based offshore.

Vancouver has emerged as the focal point because Asian markets offer the best growth prospects while the euro zone debt crisis has relegated Europe to a lower priority for Air Canada.

"Vancouver has been an underperforming market for Air Canada on international routes," said one industry official. "Air Canada is trying to figure out how to make Vancouver work."

The quest to attract more traffic to and from Asia will pit the Air Canada-backed entity against carriers that already have a strong customer base, such as Cathay Pacific Airways.

In an effort to start the discount carrier by the spring of 2013, Air Canada is seeking to bring in an airline partner and a financial investor to avoid having to obtain approval from its pilots' union to forge ahead.

The Air Canada Pilots Association (ACPA) possesses veto power over any new venture controlled by the Montreal-based carrier. But Air Canada envisages an ownership structure that would keep its stake at less than 50 per cent, while giving minority stakes to a foreign airline and a financial player yet to be confirmed.

But the country's largest carrier has run into resistance from ACPA and watched tour operator Transat A.T. Inc. struggle amid fierce competition to fly travellers between Central Canada and Europe. Air Canada has now turned its attention to reinventing its presence in Vancouver, which would serve as the new operation's base for service to and from China, Japan, South Korea and other Asian countries.

Air Canada will remain a member of the Star Alliance of airlines and still handle domestic flights in and out of Vancouver, as well as provide service between Vancouver and the United States, Mexico and the Caribbean.

Mr. Rovinescu was in Vancouver last week during a meeting of the Star Alliance. He met with a senior B.C. government official to provide a briefing on Air Canada's vision for raising Vancouver's profile as an international aviation hub.

There will be an impact on employees in Vancouver at Air Canada, but new jobs will be created at the low-cost operation, so the airline is banking on political support in British Columbia for the transition.

Ben Smith, Air Canada's chief commercial officer, is spearheading the project to make Vancouver the centrepiece of the discount unit's launch. Under the original strategy, Air Canada would have signed a code-sharing pact with its planned low-cost division to co-operate on flight reservations and baggage handling, but a revised proposal calls for the West Coast entity to be effectively independent and have the flexibility to align with a partner that doesn't necessarily belong to the Star Alliance.

Union leaders are upset that Air Canada wants to borrow major elements of the strategy deployed by Australia's Qantas, which runs the low-cost operation Jetstar with airline partners in an array of Asian markets, including service to Japan, Singapore and Vietnam. Qantas has expansion plans slated next year in a Hong Kong-based joint venture with China Eastern Airlines Co. Ltd. for China, Japan and South Korea.

Mr. Smith has held meetings with prospective partners such as Cathay, Air China Ltd. and International Airlines Group, parent of British Airways and Spain's Iberia, but a deal remains elusive.

Air Canada would like to sign up a partner from China, though it is also possible that the Vancouver-based joint venture could instead involve a European-based carrier such as Virgin Atlantic, which is 51 per cent owned by British billionaire Richard Branson and 49 per cent by Singapore Airlines. 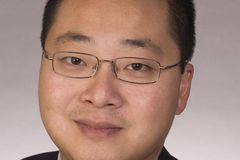 Air Canada to forge ahead with low-cost division
September 21, 2018 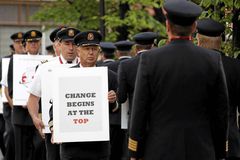 Air Canada to take charge over Aveos shutdown
May 8, 2018 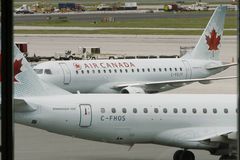