Air Canada's pilots have ratified a 10-year contract that includes a large signing bonus, wage increases of more than 20 per cent over the life of the pact and an improved profit-sharing formula that Canada's largest airline says provides stability to support growth.

Some of the promised benefits are contingent on the carrier achieving its profit and growth targets, but union president Capt. Craig Blandford said those goals should be achievable.

"It's an investment in the airline's future," Blandford said Friday after the deal was announced.

"If they follow through on their vision and their plan for growth, which is not outrageous, then we've given 10 years of labour peace."

The collective agreement, which expires in September 2024, includes provisions to resolve disputes that may arise every three years during negotiations on specific items. If the airline meets its growth targets, pilots give up the right to strike by agreeing to send disagreements to mediation or arbitration.

If the targets aren't met, pilots regain their full rights under the Canada Labour Code, including the right to strike.

Blandford said he's hoping that a new relationship developed between the airline and its highest-paid employee group will ensure that disruptions are a "non-starter."

"We've just come up with this deal without any outside pressure or help so we're hoping we can carry that through in the next 10 years – that kind of relationship of mutual respect for each other when we sit down and talk."

The deal is the first with pilots since 1996 to be achieved without strike or arbitration.

Air Canada's last round of labour talks were among the most acrimonious in its history. They included a 12-hour illegal walkout by baggage handlers and ground staff that disrupted flights, the tabling of a back-to-work bill in Parliament and a final-offer selection in which an arbitrator sided with the airline.

That coloured the talks this time and was a catalyst to reaching an early agreement, Blandford said.

The pilots' union said its 3,000 members voted 84 per cent in favour of the deal, with 92 per cent of members voting.

Air Canada (TSX.AC.B) called it a landmark deal that is tangible evidence of a culture shift.

"The new agreement provides greater stability and long-term cost certainty as well as a framework for a strong partnership with our pilots," CEO Calin Rovinescu said in a statement.

He said it also provides increased flexibility for service provided by its regional network partners and the renewal of the fleet at low-cost subsidiary Rouge.

In addition to a signing bonus and general annual wage increases, pilots will receive two per cent cash bonuses in both 2016 and 2017.

Starting wages will increase about three per cent to $50,000 and reach $62,000 by the fourth year. These wages will apply to pilots at both Air Canada and Rouge. More senior Rouge pilots will earn less than mainline pilots, but have higher overtime rates, fly more hours and have the ability to move more quickly to captain. An Air Canada Boeing 777 captain with 12 years experience can earn up to nearly $300,000 a year.

And it includes a new profit sharing plan that mirrors the one that applies to upper management. The pilots as a group are eligible for between four and eight per cent of the pilots total payroll if the airline reaches its target of achieving 15 per cent EBITDAR (earnings before interest, taxes, depreciation, amortization and airplane rent).

The union has developed an internal mechanism to divide among pilots up to $38-million that can be earned annually based on the current payroll of $475-million.

Rouge continues to be limited to 50 aircraft, but it can alter the mix of narrowbody and widebody planes and use other types of aircraft.

Talks began in June after the airline approached the union to renew a five-year retroactive contract imposed by an arbitrator in 2012. The contract was set to expire in April 2016.

The airline will now turn its efforts on reaching collective agreements next year with other unions representing flight attendants, mechanics, call centre and airport workers.

Blandford said the pilots hope other unions will also strive to reach deals that give the airline room to grow and be profitable. "If that's suitable for their members then I don't see any reason why they wouldn't follow that path," he said.

"In the near-term, we believe (it)...should offer some comfort that new contracts with other groups are achievable during what should be a much more conventional bargaining process than what occurred during the last set of negotiations," he wrote in a report. 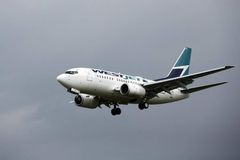 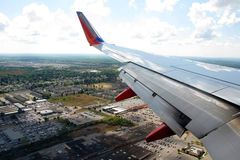