With the allure of hassle-free flights, Air Canada plans to woo U.S. business travellers to fly through Toronto en route to Europe and Asia.

It won't take many – just a few more U.S. travellers a day originating from cities on the U.S. Eastern Seaboard and heading to Asia should be enough to turn Toronto's Pearson International Airport into a major international hub and boost the airline's revenue by about $400-million annually, the company says.

"The opportunity is huge," the airline's chief executive officer Calin Rovinescu told a Bank of Nova Scotia transportation and airline conference Tuesday. Turning Toronto into an international hub would allow the airline to capture its fair share of U.S. travellers heading to Europe or Asia on non-U.S. airlines, he said. That share, he figures, is about 1.5 per cent or 1.1 million passengers a year, compared with the airline's current share of 0.3 per cent.

The strategy to capture more U.S. passengers travelling internationally is one component of Mr. Rovinescu's plan to turn the airline into one that generates what he calls sustainable profit.

It's also part of a growing international focus as the airline adds new routes to Europe and Asia and higher-capacity planes on some of those routes.

All the elements for making Toronto a hub are not yet in place, including the elimination of transit visas for passengers from some destinations, Mr. Rovinescu and chief commercial officer Ben Smith cautioned.

But several pieces have fallen into place, including the consolidation of all of Air Canada's arrival and departure gates in Toronto under one roof, unlike several times in the past decade when they were scattered over four separate buildings while Terminal One was under construction, Mr. Smith said in an interview Tuesday.

Until now, he said, "there hasn't been a transit process in place that has been conducive to creating what's necessary for a hub to flourish."

In addition, U.S. Customs has initiated pre-clearance procedures that allow fliers to travel through major Canadian airports without having to recheck their luggage or go through security.

One of the airline's most popular U.S.-Canada routes is Boston to Toronto. There are no non-stop flights from Boston to Shanghai, so Air Canada is targeting business customers who might normally travel to the Chinese city through Chicago or New York. By offering connections through Toronto, the airline says it can provide customers the luxury of avoiding terminal changes or going through security.

"We're not going to be the dominant player Boston-Shanghai," Mr. Smith said. "We're looking to be one of the many players opposed to a non-existent player like we've been in the past. Toronto-Shanghai, I'd be looking to get just a handful of customers out of a variety of cities on the U.S. East Coast. I'm talking single-digit numbers out of dozens of cities on the U.S. East Coast."

The plan is not to compete with U.S. airlines and international carriers on price, he said, but by offering connections, less travel hassle and better service.

The focus is on business travellers for whom convenience usually trumps price. The airline has bulked up its marketing efforts by appointing a senior director of U.S. sales and market development based in New York and focused on corporate accounts.

"If I can put all our marketing efforts into going after the business traveller, that is worthwhile because these people are frequent fliers and once you have them, they usually stick to the route. I don't have to keep going after the investment of trying to capture them time and time again," Mr. Smith said.

Air Canada is not re-inventing the wing. It is modelling its plans on carriers that have established global hubs such as Singapore Airlines, Emirates Airlines and KLM Royal Dutch Airlines of the Netherlands.

KLM flies out of Canadian airports five times a day to Amsterdam, but depending on the month, just 10 to 20 per cent of those passengers are staying in the Netherlands, Mr. Smith noted. The rest are travelling on to other points in Europe or elsewhere. 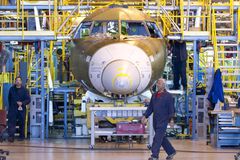 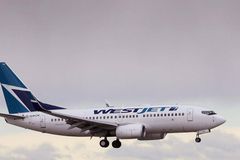