Canada's two largest airlines have some work to do to make the list of the world's most punctual airlines.

Neither Air Canada nor WestJet Airlines Ltd. ranked among the top 20 airlines for on-time performance in 2017 as measured by aviation consulting firm OAG Aviation Worldwide Ltd.

Air Canada's on-time performance stood at 67.32 per cent last year, while 76.18 per cent of WestJet's flights arrived within 14 minutes and 59 seconds of their scheduled landing times.

Those numbers compare with global leader airBaltic of Latvia, which hit the 90.01 per cent level, and Mexico-based low-cost carrier Volaris, whose on-time performance stood at 82.13 per cent as the 20th carrier among the world's 20 highest-ranking airlines.

Air Canada took 17th spot among mega-airlines, which include the four largest U.S. carriers. That category was led by Japan Airlines with an 85.27-per-cent on-time performance.

Among low-cost airlines, WestJet was 15th, although its 76.18 per cent was a drop from 81.36 per cent in 2016. Spain-based Vueling Airlines SA topped the list of low-cost carriers.

WestJet made the top 10 North American airlines list, while Air Canada did not.

OAG Worldwide examined the results for airlines that were among the 250 largest carriers in the world, measured by the number of seats in a plane times the number of kilometres it flies.

Air Canada said it carried a record number of passengers last year and offered 4,000 more flights than it did in 2016.

Many of those were to international destinations where arrival times can vary because of the long duration of flights, the airline said.

The airline also noted prolonged runway construction at Pearson International Airport in Toronto in the spring of 2016, which had a larger impact on Air Canada than other carriers because about one-third of Air Canada's daily flights go through Pearson.

"That said, we remain focused on on-time performance and continually work with airports, air traffic control, other stakeholders and internally to better optimize our schedule," Air Canada spokesman Peter Fitzpatrick said in an e-mail reply.

WestJet's performance was the best among Canadian airlines, Ms. Stewart said, and it led all North American carriers in June and was third best in July.

The company has put in place a new schedule that improves connection times for passengers travelling out of hubs in Vancouver, Calgary and Toronto, she said. 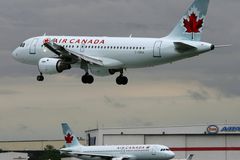 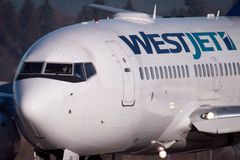