Just when Air Canada has put its threatening pension deficit behind it, the sudden fall of the Canadian dollar has thrown the airline another curve ball.

"We have a massive exposure to the U.S. dollar," said Calin Rovinescu, Air Canada's chief executive officer, after a speech at the Canadian Club of Montreal.

Fuel is Air Canada's single largest expense. It represented 30 per cent of the airline's costs in the first nine months of 2013, and it's sold in U.S. dollars. So are the planes that Canada's biggest carrier has been eagerly ordering as it seeks to renew its fleet with fuel-efficient jets.

In December, Air Canada bought 61 Boeing 737 Max planes, a $6.5-billion (U.S.) firm order at list price. (Airlines customarily pay less than the advertised price, especially on big orders.) That is on top of the $750-million the carrier officially spent on five new Boeing 777s last year and the close to $5-billion paid for 37 Boeing 787 planes.

"The kind of precipitous drop that we have had in the last little while is significant," Mr. Rovinescu added. Just how big a hit the currency will be won't be discussed until Air Canada releases its full-year results on Feb. 12.

The Canadian dollar has fallen sharply in a short time, closing around 90 cents Monday compared with around 94 cents at the start of the year and above 97 cents a few months ago.

Air Canada shields some of its fuel purchases against unforeseen price increases, but those hedges typically cover only about 35 per cent of the airline's fuel purchases, Mr. Rovinescu explained. Air Canada only had "minor" protection against adverse currency movements, the CEO said. And once the loonie started falling, it was too late to shelter the carrier any further, he added.

In its 2012 annual report, Air Canada estimated that a $0.01 change in the value of the Canadian dollar would have a $33-million impact on its yearly operating income. "The sensitivity would be slightly different in 2013, but I don't believe significantly so," noted Cameron Doerksen, transportation analyst at National Bank Financial. Air Canada's cost projections for 2013 were based on a U.S. dollar worth $1.03 (Canadian), whereas the greenback now trades at about $1.11.

Moreover, Mr. Doerksen added, Air Canada's debt is denominated in U.S. dollars, so the conversion in Canadian dollars will increase the carrier's debt levels and interest expenses, absent any hedges.

The Montreal company has been trying to pass along some of its additional costs to vacationers. As of Monday, Air Canada Vacations added a $35 surcharge to the trips it sells to offset the cost of purchasing hotel rooms in the pricier greenback. But the carrier has held off on slapping a currency surcharge on its plane tickets.

"Fares are market-driven, and we will see how the situation plays out over the next coming weeks," Mr. Rovinescu said.

This setback comes as the airline has staged a huge comeback after flirting with bankruptcy protection in 2009, when Air Canada's heavy pension deficits threatened to pull the company under. At their peak those deficits reached $4.4-billion, Mr. Rovinescu pointed out in his speech. Air Canada now expects its pension plans to post a small surplus as of the start of this year, a spectacular turnaround that is attributed to employee concessions, a rebounding stock market and higher interest rates.

"I would have thought that it would [have] taken us another year or two to get there," he noted.

Regarding Air Canada's planned purchases of single-aisle jets, Mr. Rovinescu said the carrier's Montreal neighbour, Bombardier Inc., is vying for that order to bolster the order book for its new commercial mainliner C Series. Air Canada should make its decision before summer comes, Mr. Rovinescu repeated, and the C Series' latest delay will have little impact on its choice.

"It is going to be a good airplane no matter what. Delays in and of themselves are not a factor for us at this stage," Mr. Rovinescu said, adding that there are "about 150 drivers" to Air Canada's decision.

Bombardier shakes up sales network
May 11, 2018 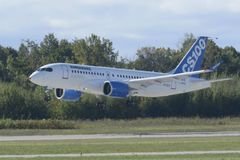 Air Canada on upswing despite headline-catching events, CEO says
May 11, 2018 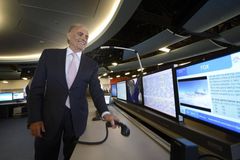 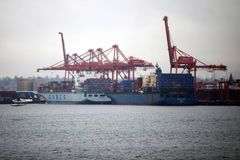